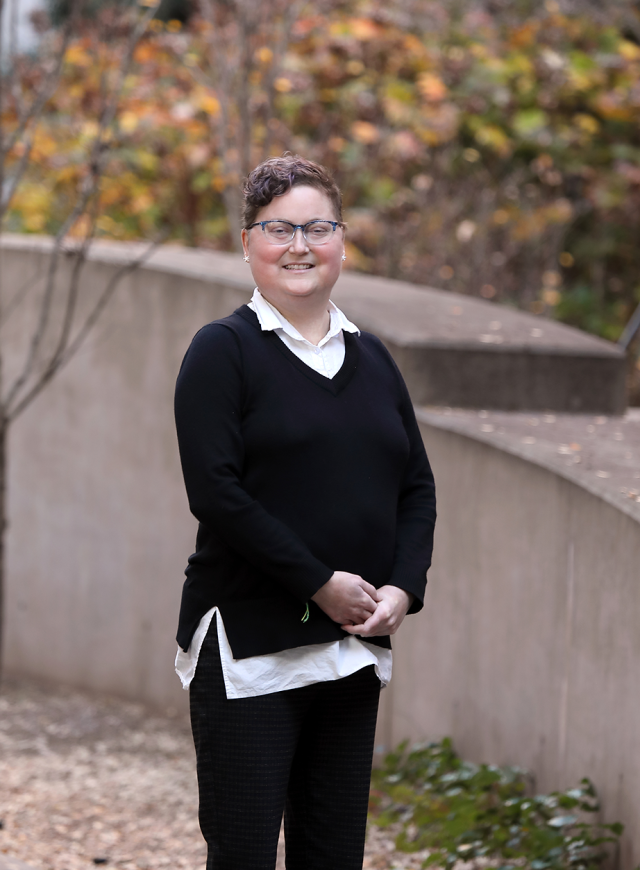 Stephanie Britton received an allogenic stem cell transplant in June 2019 following a diagnosis of acute lymphoblastic leukemia. In October 2020, she was diagnosed with chronic GVHD after she noticed scaling as well as tight and itchy skin on her body, which limited her mobility and caused great discomfort. “I think it impacted about 80 percent of the skin all over my body,” she says. As a mother of three small children, it affected her daily life. After trying four different therapies with few results, she joined the ROCKstar study and immediately started to feel better. She noticed that her skin wasn’t as thick and itchy, tightness had been reduced, and her comfort level changed dramatically. Stephanie thanks the clinical team for her experience on the trial. “They’ve been so accommodating,” she says. “I have felt so blessed to have access to the amazing team at NIH.” Credit: Charlie Chang, NIH Events Management

A life-saving hematopoietic stem cell transplant, which replaces cancerous cells with a healthy immune system, allows many patients diagnosed with certain blood cancers to live for years with their cancer in remission. However, the treatment is not without side effects. One complication is chronic graft-versus-host disease (GVHD), an autoimmune-like condition with a wide range of potential symptoms. Because of work by CCR investigators, patients have a new option to treat the condition. In 2021, belumosudil (Rezurock™) became the first drug developed specifically to treat chronic GVHD to be approved by the U.S. Food and Drug Administration (FDA).

Scientists at CCR have a long history of studying chronic GVHD. The disease has become more prevalent in the past few decades as increasing numbers of patients have received and recovered from stem cell transplants. Beginning in the early 2000s, Senior Clinician Steven Pavletic, M.D., M.S., led colleagues across NIH in an interdisciplinary effort to develop the clinical tools and diagnostic criteria that researchers needed to study the complex disease and evaluate potential treatments.

Chronic GVHD develops when transplanted immune cells (the graft) attack a recipient’s tissues. The disease can cause a myriad of incapacitating problems, including thickening of the skin, the formation of scar tissue, dry eyes and mouth, painful joint stiffness as well as liver and lung disease. Chronic GVHD is usually treated with corticosteroids, but this only works for some patients. Even for those who respond well, steroid treatment is not suitable for long-term use due to significant side effects, though for most patients, chronic GVHD persists for years.

Because the disease can affect nearly any organ in the body, Pavletic and the GVHD working group drew on expertise from across many fields of medicine to develop consensus guidelines on how to diagnose the disease and assess its severity. That work built the foundation for clinical studies, planned and coordinated in part by Pavletic and CCR colleagues, to test the safety and efficacy of belumosudil. They reported in Blood that the drug can reduce symptoms of treatment-refractory chronic GVHD and improve patients’ quality of life. 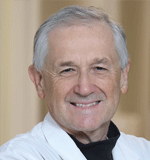 Belumosudil treats chronic GVHD by blocking a signaling protein called ROCK2. This both reins in the activity of rogue immune cells and prevents the buildup of scar tissue. Pavletic, transplant physician Corey S. Cutler, M.D., M.P.H., F.R.C.P.C., Dana-Farber Cancer Institute, and colleagues tested the drug in a phase II clinical trial conducted at sites around the country. The trial included 132 participants who were in remission from cancer and had received prior treatments for chronic GVHD.

Investigators on the trial relied on the guidelines established by Pavletic’s group to evaluate patients’ response to the treatment. Symptoms improved for three-quarters of trial participants, including many whose condition at the outset of the study was considered severe. Seven participants had a complete response, with complete resolution of symptoms in all eight of the organs that were evaluated for the study.

Based on these findings, the FDA approved belumosudil as a treatment for chronic GVHD in patients for whom at least two other treatments have failed. It is now one of only three drugs approved since 2017 for treating the condition. Ongoing research aims to identify ways of predicting which treatment is best for an individual patient.