Decades in the Making 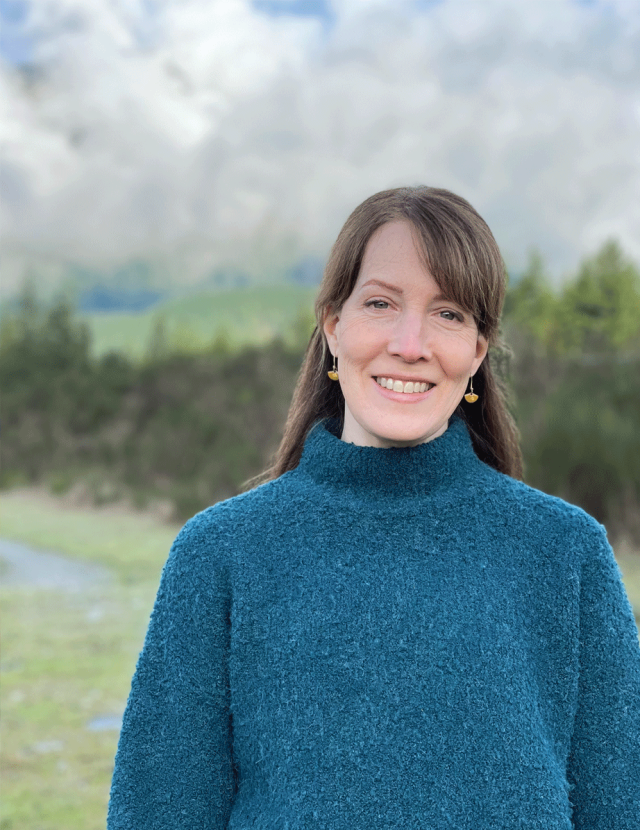 Kimbre Hall first came to the NIH Clinical Center in 2008 for laparoscopic surgery to remove a von Hippel-Lindau (VHL) disease-associated kidney tumor. After the surgery, she made regular trips from her home in Washington state to NIH to monitor the size of her other tumors. During this time, she developed a pancreatic neuroendocrine tumor. About four years ago, Kimbre learned about a trial using belzutifan for VHL-associated renal cell carcinoma. “I wanted to avoid surgery as much as possible, so I joined the trial at NIH,” she says. Since then, her kidney lesions have remained stable or decreased in size. “My favorite outcome is that my pancreatic tumor shrank so much they can’t see it,” she says. “I’m glad I joined this trial, and I feel so happy that it’s gone this well. It was an honor to be a part of it.” Kimbre hopes that this now FDA-approved drug will someday help others like her, including her family members who have VHL syndrome. Credit: Chris Hall

In von Hippel-Lindau (VHL) disease, patients develop many cancerous and non-cancerous tumors in the kidneys and other organs, such as the pancreas, brain and eyes. They often undergo repeated surgeries to remove their tumors as no other VHL therapy has been available. Following decades of CCR-led research on VHL that included the identification of the gene behind the disease in the 1990s, and work done in institutions around the world, a team led by Investigator Ramaprasad Srinivasan, M.D., Ph.D., tested the drug belzutifan (Welireg™) for VHL. It is now the first and only U.S. Food and Drug Administration (FDA) approved systemic therapy for certain patients with the disease.

VHL disease develops when a mutation in the VHL gene occurs, making people unable to produce a protein that cells use for sensing and adapting to changes in oxygen levels. Cells respond by accumulating an excessive amount of several proteins called hypoxia-inducible factors (HIFs). Increased levels of HIFs can lead to tumor growth and the formation of new blood vessels that supply nutrients to the tumors. Scientists have been interested in targeting HIFs, particularly HIF2, to treat VHL-associated tumors. But directly targeting and inhibiting HIFs has proven difficult.

A breakthrough came when researchers at the University of Texas Southwestern Medical Center designed several small-molecule drugs that could block the activation of HIF2 through what was considered “brilliant engineering,” according to Srinivasan. One of these drugs was belzutifan.

When the time came to test belzutifan in patients, Merck & Co., Inc., the company behind the drug, turned to Srinivasan and other CCR researchers with established expertise in VHL disease and patient groups. Srinivasan, in collaboration with physician Eric Jonasch, M.D., University of Texas MD Anderson Cancer Center, recruited 61 patients with VHL and tested belzutifan in a phase II clinical trial at 11 centers in the United States, Denmark, France and the United Kingdom, including the U.S. National Cancer Institute and the NIH Clinical Center.

A few months after the first patient was treated with belzutifan, Srinivasan reviewed an imaging scan to assess the patient’s response to treatment. He says he was “elated” with what he saw: dramatic tumor shrinkage. “This was a very emotional moment for all of us,” says Srinivasan, who has been studying VHL disease since the early 2000s. “We were overjoyed.” 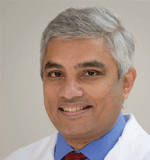 According to the results, published in the New England Journal of Medicine, most patients in the trial experienced tumor shrinkage in their kidneys, with about half of patients experiencing tumor shrinkage of 30 percent or more.

Moreover, belzutifan was able to shrink or stop the progression of tumors in organs such as the pancreas, brain, spinal cord and eyes to an extent that has not been seen with other drugs tested for VHL disease. Srinivasan notes that the vast majority of patients remain enrolled in the trial and continue taking belzutifan because of its benefits and relatively few side effects.

As a result of this research, the FDA approved belzutifan in 2021 for patients who require therapy but not immediate surgery and have VHL disease-associated renal cell carcinoma, pancreatic tumors or central nervous system hemangioblastomas. “In every respect you can imagine, we found this drug to be a big, big step in the right direction. It’s effective, it’s well-tolerated — everything that we could ask for in the first study of this agent in VHL,” says Srinivasan. “We now have a reasonable alternative to surgery for some patients.”