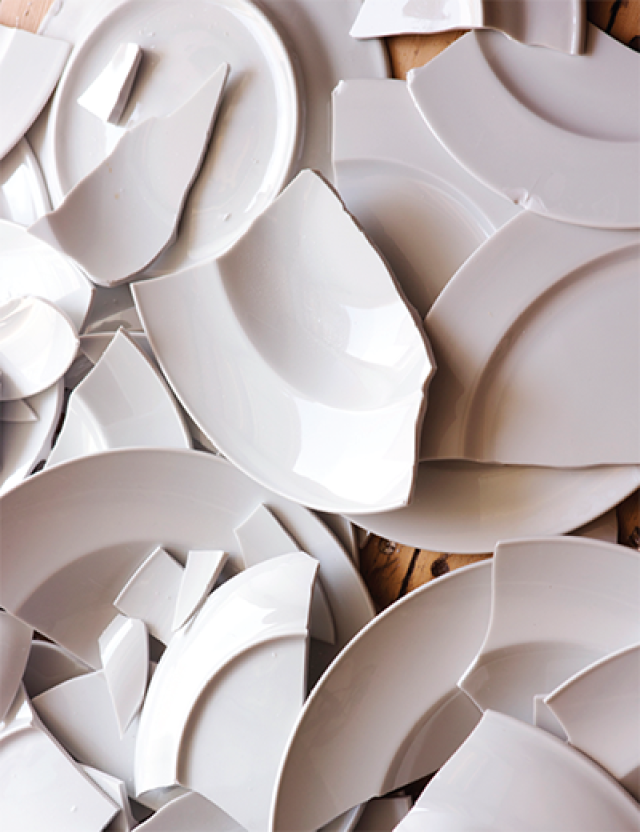 Cancers with microsatellite instability depend on a DNA-unwinding enzyme called WRN. Without the enzyme, cancer cells die. The shattered plates represent the thousands of breaks at spots in DNA, specifically where T and A are repeated, that occur because of a lack of WRN in microsatellite-unstable cancer cells.
Credit: iStock

Some cancers are particularly prone to accumulating genetic mutations due to failures in the DNA repair systems that cells use to find and fix errors in the genetic code. Although DNA damage is unavoidable, when repair systems fail and damage persists, the consequences can be dire.

While microsatellite instability has typically been linked to small changes in repetitive regions of the genome, André Nussenzweig, Ph.D., and colleagues have discovered that these changes can be much larger in scope, expanding into stretches of disrupted DNA that are long enough to contort the genome into problematic shapes.

When Nussenzweig’s team examined microsatellite-unstable cancer cells, which develop widespread breakage in their DNA when WRN is missing, they discovered thousands of breaks at spots in the genome where the letters T and A were repeated over and over again. Sophisticated DNA sequencing technology was needed to detect this previously unrecognized type of microsatellite instability since standard methods cannot be used with highly repetitive DNA. 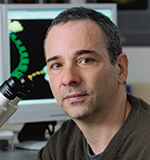 The team’s experiments suggest that these long stretches of repetitive sequences distort the shape of DNA molecules inside cancer cells with microsatellite instability. This presents a physical obstruction to the enzyme that travels along a DNA strand when it tries to replicate the code into a second copy in preparation for cell division.

Based on their findings, the researchers propose that when DNA replication stalls at these sites, WRN can alleviate the obstruction by unwinding the tangled DNA. But without WRN, the blockage remains until another enzyme comes along and clips apart the DNA. In microsatellite-unstable cancer cells with long stretches of TA repeats, the absence of WRN leads to thousands of DNA breaks. The long strands of DNA that make up the chromosomes are shattered, and the cancer cells ultimately die.

It may now be possible to exploit this vulnerability and to develop drugs that inhibit the WRN enzyme. Nussenzweig says such drugs might be very effective at stopping the growth of microsatellite-unstable tumors, either alone or in combination with other therapies.