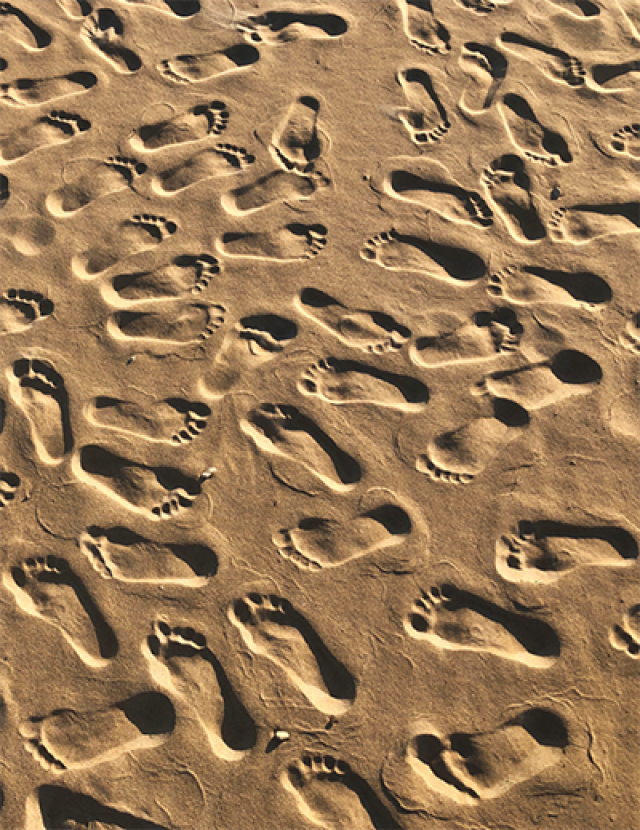 This image represents the viral “footprints” left behind in a person’s blood by antibodies produced from past viral infections. The footprints create a unique pattern in each person known as a viral exposure signature. By examining blood samples for viral footprints, researchers were able to identify who was at risk of developing the most common type of liver cancer, hepatocellular carcinoma.
Credit: iStock

The most common type of liver cancer is hepatocellular carcinoma (HCC). This deadly disease has limited treatment options, and death rates are increasing rapidly in the United States. Various factors, including hepatitis B and C, obesity, fatty liver-related chronic liver disease and cirrhosis elevate the risk of HCC. Individuals with these risk factors are advised to undergo ultrasound screening for HCC every six months with or without a blood test that looks for a tumor marker known as alpha-fetoprotein (AFP).

This screening method has limitations, however. Not everyone at high risk for HCC develops the disease, and long-term outcomes for HCC patients remain poor regardless of whether patients get screened. Most are diagnosed once their cancer has already reached an advanced stage.

Now, a team led by Xin Wei Wang, Ph.D., has developed a screening method to help identify those most at risk of developing HCC based on their past exposure to certain viruses. The method predicts HCC risk more accurately than an AFP test and up to a decade earlier, the researchers reported in Cell.

Cancer screening methods typically detect specific features of tumor cells. The problem is, these cells constantly change, and even cells within a given tumor can differ vastly. Instead, Wang, together with postdoctoral fellow Jinping Liu, Ph.D., and Associate Scientist Wei Tang, Ph.D., focused on interactions between viruses and the immune system, which growing evidence suggests can influence the development of cancer. They hypothesized that viral infections a patient may experience over their lifetime may reflect the immune system’s ability to destroy cancer cells and thus provide a window into when early onset of HCC could occur. 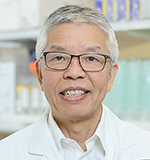 To test this paradigm shift, they used a blood test known as VirScan™ which detects antibodies churned out by the immune system in response to past infections with viruses and other foreign invaders. Analyzing blood samples from about 900 people at high risk of HCC, they identified a set of antibodies specific to 61 viruses. The presence or absence of each virus in the blood samples revealed “footprints” of viral exposure which, when combined, could accurately differentiate between people with and without HCC.

Next, they tested this viral exposure signature on blood samples from chronic liver disease patients enrolled under a long-term surveillance program, with some people eventually diagnosed with HCC. When they used samples collected at the time of cancer diagnosis, they identified those who had developed HCC with near-perfect accuracy. They also identified these individuals from blood samples collected up to 10 years prior to diagnosis.

The findings suggest that along with current screening methods, the viral exposure signature can predict who is most at risk of developing HCC. This could help detect and treat the disease earlier, when it is more likely to be cured.

Wang and his team are testing their screening method in multiple clinical trials, including prospective studies to validate the test’s ability to predict if high-risk individuals will go on to develop HCC and whether the test provides a survival benefit. They also plan to investigate whether they can apply their approach to other types of cancer, such as esophageal, biliary, pancreatic, colon and stomach.