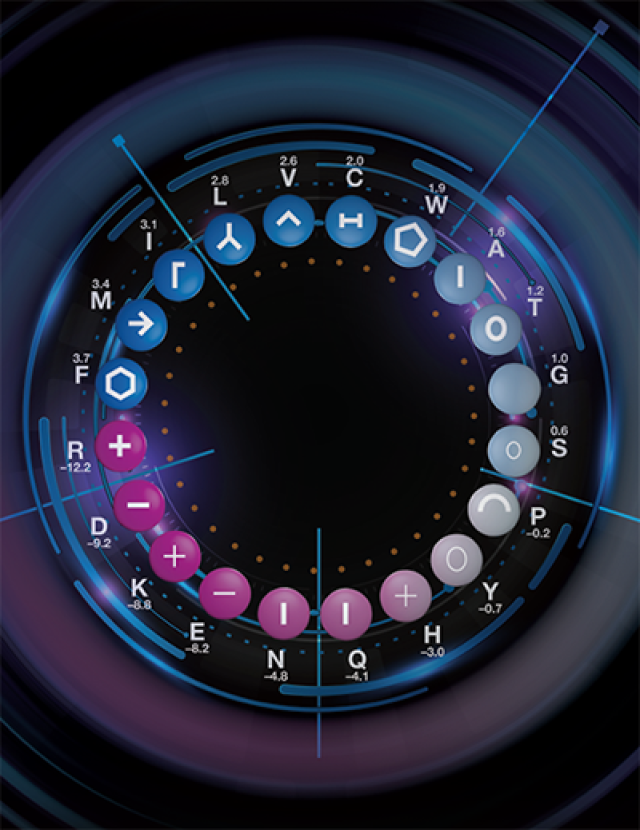 A similar chain of amino acids exists in many species, from the honeybee to humans. Researchers replicated this sequence and developed a synthetic peptide called RP-182 that is now a template for a new class of cancer drugs. The Molly wheel, pictured here, is a code used to identify this conserved chain. The code explains the biophysical and chemical properties of each amino acid, including their size, charge and the energies required to move them. The color indicates if an amino acid is hydrophobic or hydrophilic. Credit: Allen Kane and Joseph Meyer, Scientific Publications, Graphics and Media, Frederick National Laboratory, NCI, NIH; iStock; Jesse M. Jaynes and Udo Rudloff

Revolutionary cancer immunotherapies have become a successful strategy for treating certain cancers, but they are not effective for everyone. To extend their benefits to more patients, Udo Rudloff, M.D., Ph.D., is developing a new type of immunotherapy that reprograms immune cells that normally interfere with treatment to instead join the anti-cancer fight.

The new therapeutic strategy, reported in Science Translational Medicine, emerged from studies in which Rudloff and his collaborators at Tuskegee University in Alabama became interested in small molecules called host defense peptides. These small peptides help protect a wide range of organisms, from fungi to humans, against infection and other threats. There was reason to believe that drugs that mimic their function might be useful for treating disease, Rudloff says.

To zero in on the most important features of host defense peptides, Rudloff and his collaborators began by searching for elements that are widely shared within this group of molecules. They examined the makeup of more than 2,000 host defense peptides, looking for short segments whose building blocks, or amino acids, shared certain physical properties such as charge and size. After identifying one such segment, the team engineered a synthetic version they named RP-182 and then tested its effect on immune cells.

The results were dramatic. When treated with the synthetic peptide, tumor-protecting immune cells, called M2 macrophages, transformed into cancer cell killers. After adding the peptide to the macrophages in laboratory dishes, Rudloff and colleagues watched as the reprogrammed immune cells approached cancer cells and then consumed them, completely engulfing them in a process known as cancer cell phagocytosis. 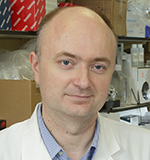 The peptide also showed promising results when administered to several different mouse models of cancer, including pancreatic, colon, breast, prostate and melanoma. The treatment not only converted immunosuppressive macrophages into cancer fighters, it also reduced the presence of other immunosuppressive cells in the tumor environment and enhanced other cancer-fighting immune cells. The result was an overall shift in immune response that suppressed tumor growth and extended the animals’ lives.

Working with colleagues at Tuskegee University and NIH’s National Center for Advancing Translational Sciences, Rudloff’s team traced these effects to RP-182’s activation of a protein on the surface of macrophages called CD206. The findings suggest that drugs that activate the CD206 receptor may be an effective way to reprogram a patient’s immune system and reduce tumor growth. This new strategy in immunotherapy may also be useful for treating other diseases in which inflammation and macrophages play a role, including diabetic eye disease and fibrosis of the lungs.