Deficiencies in DNA repair may lead to higher cancer rates in African Americans diagnosed with a type of lung cancer. 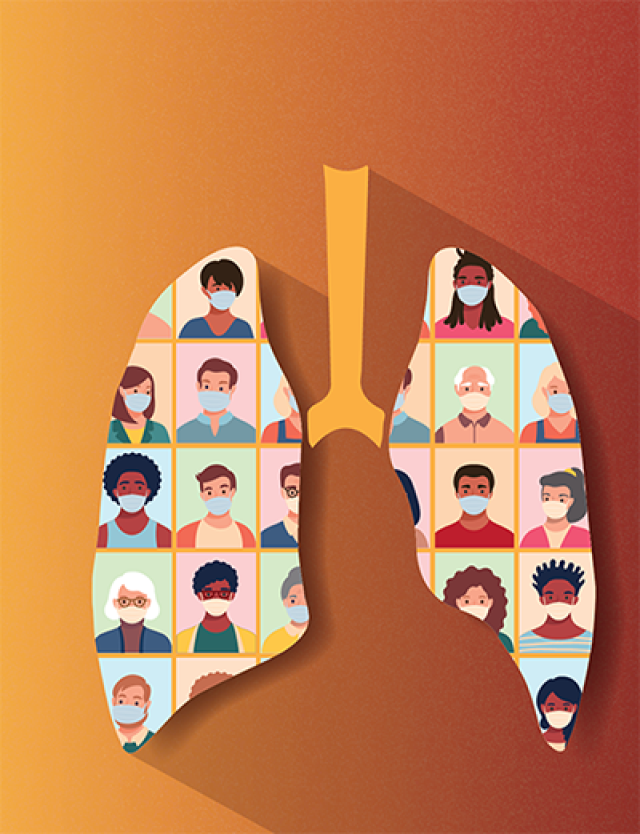 Biological factors may contribute to why African Americans experience higher incidence and death rates from lung cancer than other racial and ethnic populations. In this study, tumors from people with African ancestry and European ancestry, depicted in this image, were analyzed to better understand disparities in lung cancer.
Credit: Allen Kane, Scientific Publications, Graphics and Media, Frederick National Laboratory, NCI, NIH; iStock

Lung cancer is the second most common cancer in the United States and the leading cause of cancer-related death. African Americans have the highest incidence and death rates from the disease when compared to other racial or ethnic groups, even after exposure to smoking is taken into account. The underlying causes of this disparity are complex and cannot be addressed until they are fully understood.

Homologous recombination is a mechanism for repairing DNA damage. Deficiencies in this mechanism result in DNA repair errors and consequently greater genomic instability, which is often related to a high frequency of mutations and other genome changes that favor cancer to develop.

Ryan, along with predoctoral fellow Sanju Sinha, B.S., and postdoctoral fellow Khadijah Mitchell, Ph.D., M.S., used advanced sequencing analysis to comb through the genomes of 222 non-small cell lung cancer tumor samples. They found significantly higher genomic instability and HRD in tumors from African Americans than in tumors from European Americans. These trends held up in several other cancer types, including invasive breast and head and neck cancers. 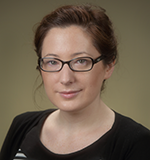 Normal cells from African Americans with squamous cell carcinoma, a skin cancer, also had a higher rate of mutations in genes associated with HRD, which may explain the observed genomic instability. Future research will test whether people who have these mutations are more likely to develop the disease.

The results may have therapeutic implications. Tumors with higher HRD are particularly susceptible to drugs known as PARP inhibitors — already used to treat breast, prostate and other cancer types — which suggests that they might be more effective in African Americans with squamous cell carcinoma.

Therapeutic advances have been based largely on tumor samples from European Americans, but their efficacy may differ in underrepresented populations. Ryan’s study helps fill a knowledge gap on tumor biology in African Americans, and the findings underscore the need to include racial and ethnic minorities in cancer genomics research and clinical trials. Through her work, Ryan and her colleagues want to ensure that any future advances in precision medicine benefit all populations.