Getting It Just Right 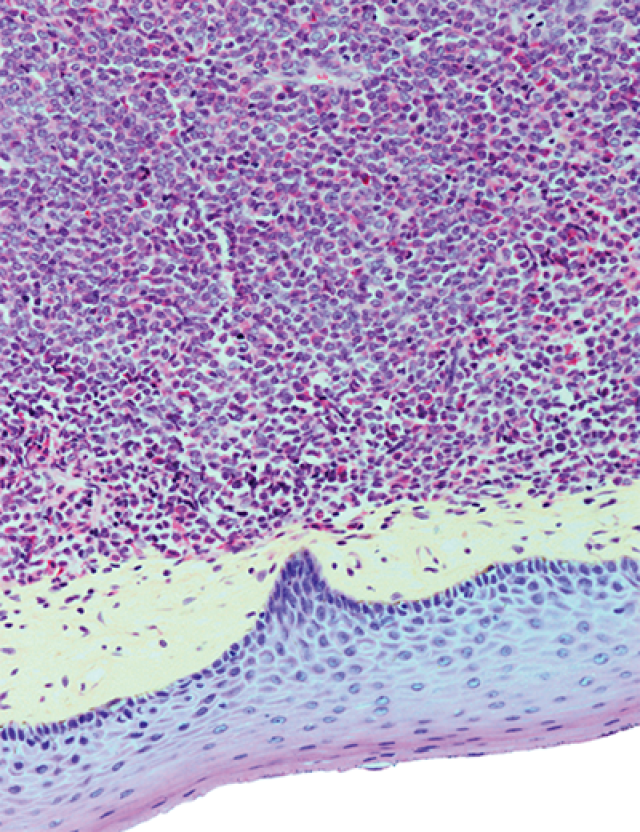 Pictured is a thin slice of Burkitt lymphoma tissue as seen through a microscope. Researchers found low-dose chemotherapy treatment effective for adults with Burkitt lymphoma, regardless of their age or HIV status.
Credit: Getty Images. Image by Steve Gschmeissner/SPL

Burkitt lymphoma is a rare, highly aggressive cancer that arises in a class of immune cells known as B cells. The cancer can affect the central nervous system, kidneys, bowels and other organs and is more common in children as well as in people who live with HIV. The disease is curable with high-dose chemotherapy, which was originally developed for use in children with the disease. Unfortunately, the standard high-dose treatment is often intolerable in adults, and thus may not be an option for older patients or those with serious health conditions, including HIV. The high-dose treatment can cause severe cardiovascular and neurological side effects in adult patients, who typically require hospitalization throughout the course of treatment, which can last several months.

In a multicenter phase II clinical trial, reported in the Journal of Clinical Oncology, a team led by Wyndham Wilson, M.D., Ph.D., has shown that a less toxic chemotherapy regimen using low-dose treatment with individualized dosing is effective for adults with Burkitt lymphoma, regardless of their age or HIV status. Known as dose-adjusted (DA)-EPOCH-R, the regimen involves infusing chemotherapy drugs in several cycles of 96 continuous hours. Dosing in subsequent cycles is adjusted higher only if patients are able to tolerate it.

Wilson developed DA-EPOCH-R for Burkitt lymphoma after cell culture experiments in diffuse large B-cell lymphoma lines revealed that prolonged, low-dose exposure to chemotherapy drugs outperformed brief, high-dose exposure in rapidly proliferating lymphoma cells. His team hypothesized that the regimen might prove effective and indeed, after an average follow-up of about seven years, all 19 adults with Burkitt lymphoma who underwent DA-EPOCH-R in a 2013 pilot study survived, and almost none showed disease progression. 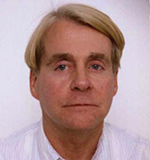 To validate these results, Wilson, Senior Clinician Mark Roschewski, M.D., and Staff Clinician Kieron Dunleavy, M.D., tested the regimen in their phase II trial in 113 patients at 22 cancer centers. The overall survival rate was 87 percent, with DA-EPOCH-R proving effective for people across all age groups and independent of HIV status. Nearly 85 percent of patients showed no signs of cancer after an average follow-up of about five years, and few experienced the side effects often seen with high-dose chemotherapy.

These findings have major treatment and quality-of-life implications for adults with Burkitt lymphoma. Roschewski points out that DA-EPOCH-R is now used to treat diffuse large B-cell lymphomas, and unlike with dose-intensive chemotherapy, this treatment can be given in an outpatient setting. This more gentle, yet still effective regimen can help patients avoid months of inpatient hospitalization and allow them to work and largely continue with their day-to-day lives.