A First for Kids with NF1

A new drug shrinks tumors and improves quality of life in children. 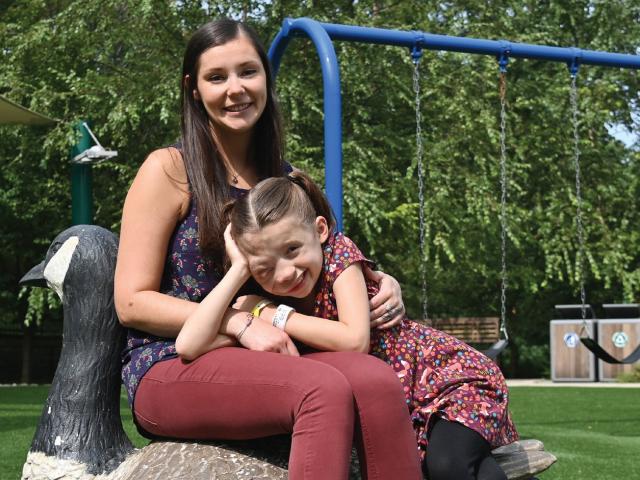 Autumn Schierling was diagnosed with NF1 shortly after birth. She was enrolled in her first NCI clinical trial with the Pediatric Oncology Branch when she was just 21 months old. After a year of treatment, there was no change in her tumor. She began the phase II clinical trial with selumetinib in 2015. That treatment led to shrinkage of her tumor and has since allowed her to open her right eye more fully. She continues taking selumetinib to this day and makes regular visits to the NIH. Both she and her mother, Lindsay Revenew, pictured here at the Children’s Inn at NIH in Bethesda, Maryland, feel that the tumor is softer and smaller than when she started treatment. “We are so proud of her,” Revenew says. “It’s a big deal to be a part of something that actually got approved, and now other people will be able to benefit. That’s something that’s been pretty awesome for our family.”

In a phase II multicenter trial led by Brigitte Widemann, M.D., the drug selumetinib (Koselugo™) shrank NF1-associated plexiform neurofibromas in the majority of patients and often reduced pain and improved overall quality of life. Based on the findings published in the New England Journal of Medicine, the Food and Drug Administration approved selumetinib for children two years and older with NF1 and symptomatic, inoperable plexiform neurofibromas.

These results are the culmination of research that started 30 years ago with the identification of the gene causing NF1. Starting in 2000, Widemann and colleagues followed patients with NF1 to understand the progression of the disease. They also conducted trials with various drugs hoping to stop the growth of these tumors or shrink them. However, they were unsuccessful until their phase I trial of selumetinib showed tumor shrinkage in 17 of 24 patients.

The subsequent phase II trial of selumetinib was designed to confirm tumor shrinkage and to assess if children had clinically meaningful benefit. This trial enrolled 50 children, ages three to 18, between 2015 and 2016. Plexiform neurofibromas shrank by 20 percent in size in 68 percent of patients, which was sustained for at least one year in 56 percent of patients. In addition to reduced pain, children and their parents reported an improvement in range of motion, strength and airway function. Some patients were even able to stop taking pain medications altogether, says Assistant Research Physician Andrea Gross, M.D. 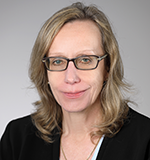 Plexiform neurofibromas have been very challenging to treat. Selumetinib provides the first approved medical therapy for these tumors. Widemann and colleagues are currently developing a trial to determine whether administering selumetinib earlier can prevent severe symptoms in the first place. She says CCR’s commitment to rare diseases and high-risk, long-term projects allowed her team to thoroughly characterize the growth of NF1 tumors and to identify selumetinib as a promising drug candidate.

As is often the case in bringing new drugs to patients, this effort was highly collaborative. The NCI Cancer Therapy Evaluation Program sponsored the phase I and II selumetinib trials under a Cooperative Research and Development Agreement with AstraZeneca. Patients were enrolled at four centers, and the Neurofibromatosis Therapeutic Acceleration Program and the Children’s Tumor Foundation supported aspects of trial conduct at participating sites. Widemann and her colleagues are especially grateful to the children and families who participated in the selumetinib and prior trials for NF1 plexiform neurofibromas.