New findings demonstrate the power of zebrafish for teasing out how migrating cancer cells sense and respond to physical cues in their environment. 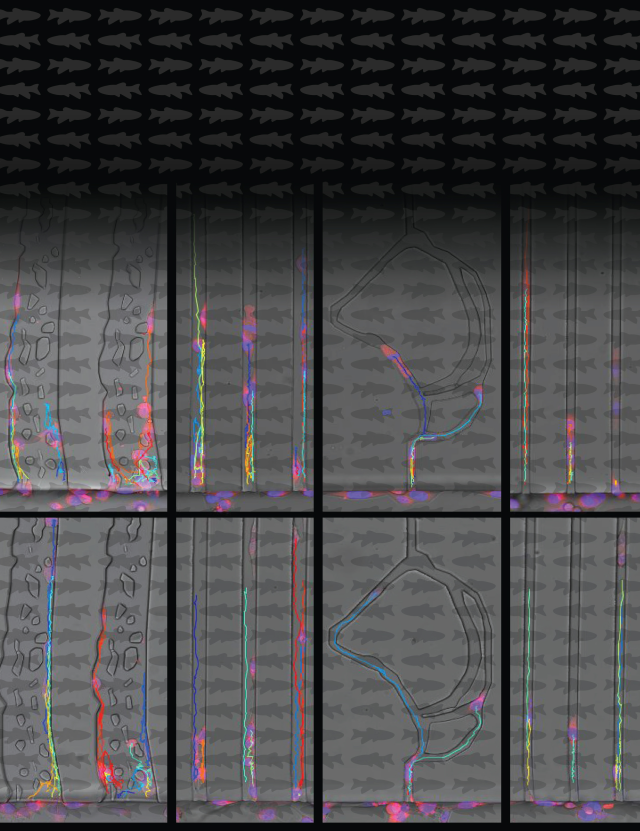 A still image from a video created by the researchers shows the migration of human cancer cells in microchannels designed to mimic the architecture of zebrafish veins. In the caudal vein plexus (CVP), on the left, tumor cells follow a more twisted path through the brain vessels. In the brain vessels on the right, they follow a more straight and narrow path. Migrating tumor cells were more likely to stop their journey amidst the twists and turns of the CVP than in the brain. Colored lines indicate individual cell trajectories.
Credit: Colin Paul, Tanner lab, CCR, NCI, NIH

In CCR’s Laboratory of Cell Biology, Kandice Tanner, Ph.D., and her team are watching human cancer cells travel through the bodies of small, translucent fish. As the cells make their way through the animals’ circulatory systems, the researchers are learning how cells migrate through the body and embed themselves in distant organs.

Metastasis, the spread of cancer from a primary tumor to new locations in the body, is an unpredictable and lethal process. When cancer cells migrate from their original location, new tumors tend to occur in other particular sites—metastatic breast cancer, for example, most often makes its way to patients’ bones, brain, liver or lungs. Why a particular cancer type spreads to only certain organs is not known.

Tanner wants to understand the physical factors that influence where metastatic cancer cells travel and why they settle where they do. She and her team are looking for answers in zebrafish because when the fish are very young, their bodies are almost completely transparent; therefore, Tanner can track the cancer cells’ entire journey as they make their way through the animal.

To explore whether they could use this unconventional model system to help reveal the forces that drive metastasis, Tanner’s team began by injecting human cancer cells into the circulatory systems of developing zebrafish when the animals were just a few millimeters long. Over the subsequent five days, the scientists monitored the cells as they moved through the animals’ circulatory systems, and some made their way into either the brain or a larval structure called the caudal vascular plexus (CVP), a small web of blood vessels. The researchers found that both the physical architecture of a tissue and cancer cells’ molecular compatibility with their microenvironment are important for determining where metastatic cells end up. 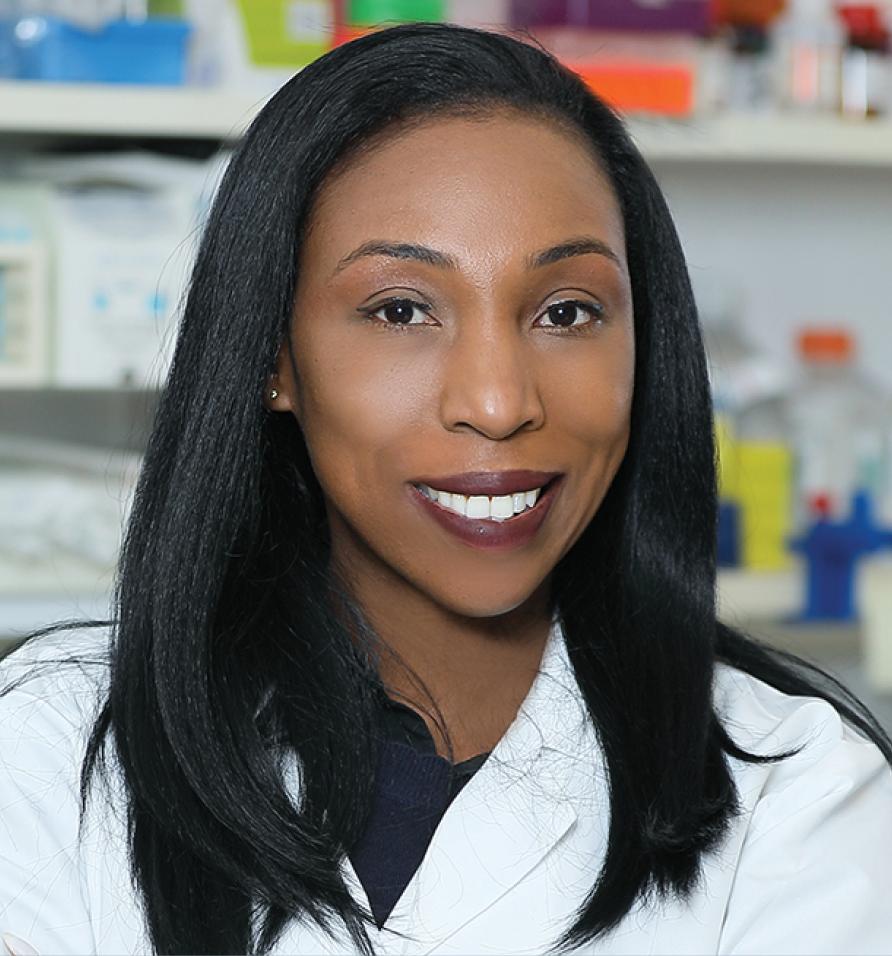 Physically, Tanner says, blood vessels in the brain are different from those in the CVP. In the fish’s brain, tumor cells travel through straight and narrow vessels, whereas in the CVP, they follow a more twisted path. Migrating tumor cells were more likely to stop their journey amidst the twists and turns of the CVP than in the brain.

Once stalled, some tumor cells managed to work their way out of the blood vessels into surrounding tissue—a process that is essential for metastatic tumor cells to colonize an organ. Tanner and her colleagues showed that this step was dependent not only on the architecture of the blood vessels but also on the molecular makeup of cells. Some were inherently better suited to invade the CVP, whereas others established themselves more readily in the brain. By genetically manipulating the cells, the researchers could alter these tendencies.

These findings, reported in Cell Systems, demonstrate the power of zebrafish for teasing out how migrating cancer cells sense and respond to physical cues in their environment and what allows metastatic cells to survive and grow in new surroundings. Ultimately, Tanner says, a deep understanding of the early events in metastasis might one day make it possible to redirect circulating tumor cells in patients so that new tumors, if they arise, will more likely occur in sites where they will be less harmful or easier to treat.