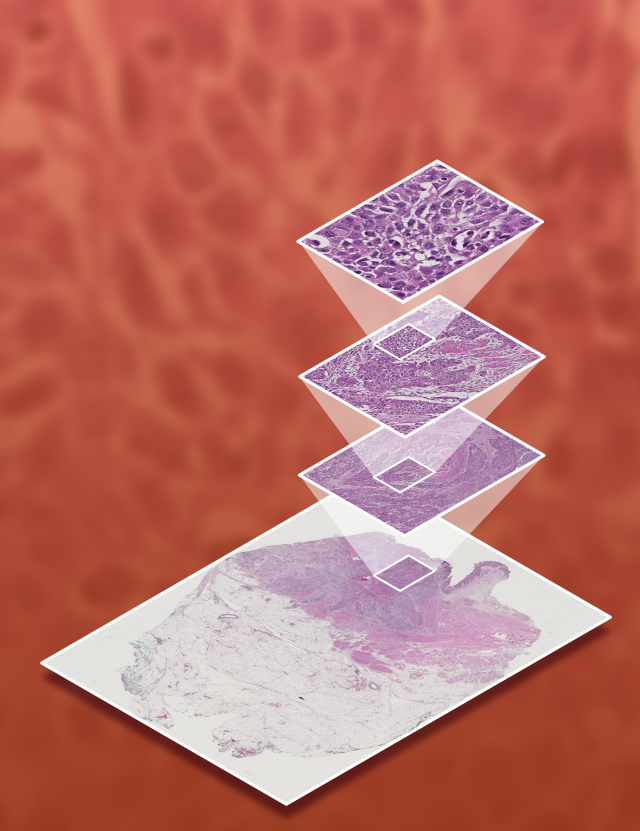 This image depicts the multiple levels of resolution needed to create an artificial intelligence algorithm for cancer diagnosis. Shown here is an image from a bladder tumor.
Credit: Peter Choyke, CCR, NCI, NIH

When a blood test suggests the possibility of prostate cancer, a urologist biopsies the patient’s prostate to find out whether a tumor is present. Increasingly, such biopsies are guided by MRI/ultrasound fusion, a CCR-developed imaging technique that allows a urologist to precisely place biopsy needles into suspicious areas of the tissue, rather than using the older approach of sampling the tissue in a systematic but untargeted way, guided only by ultrasound.

This approach can improve the detection of clinically significant prostate cancers, but using it effectively requires a great deal of expertise. A team of CCR researchers, led by Peter Choyke, M.D., F.A.C.R., and Baris Turkbey, M.D., have now enhanced the usability of this cutting-edge diagnostic method by developing artificial intelligence (AI) tools that enable users to more easily detect tumors.

Making sense of an MRI of the prostate is inherently challenging. The gland is located deep within the pelvis, crowded among other organs and a distracting array of blood vessels. Cancer-associated changes in this region can be difficult to detect, even for a trained radiologist.

Choyke and Turkbey want the MRI/ultrasound fusion technology they developed to be as useful as possible, even to clinicians who are not experts in its use. Thus, they have turned to AI to support radiologists as they interpret the complex images at the heart of the technique. The tools they have developed are based on the same kinds of computer-vision algorithms used to analyze satellite imagery and guide self-driving cars, fine-tuned to differentiate between healthy prostate tissue and potentially problematic areas. 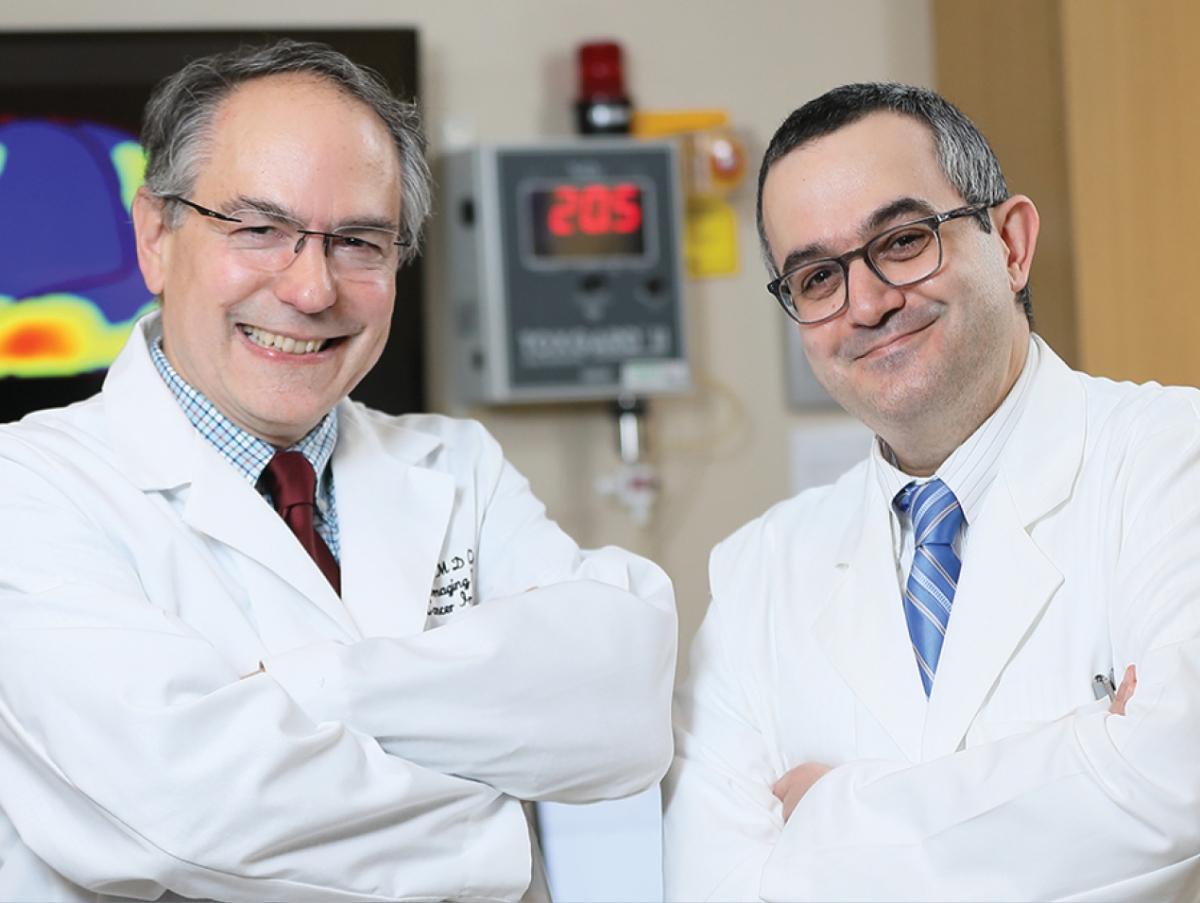 To ensure their algorithms will perform well even on complex or ambiguous images, the team trained the program with data from hundreds of MRI scans, incorporating variations in quality and an assortment of complicating factors. CCR experts carefully analyzed each scan, identifying potentially cancerous areas and scoring their severity so they could teach the computer what to look for.

The result, the researchers say, is a set of AI tools that will act like a deeply trained expert offering guidance to radiologists. The tools were tested this year by radiologists at multiple institutions with varying levels of experience who read MRIs from more than 200 patients. Based on their findings, the group reported in Oncotarget that the tools have the potential to improve the detection of cancers that, because of their location within the prostate, are particularly difficult to detect.

AI is already poised to significantly impact how prostate cancer is diagnosed, but Turkbey and Choyke say the new tools are only a first step toward a more ambitious goal. Ultimately, the two scientists would like to see AI offer patients and their doctors more useful diagnoses than are available today. They say tools that integrate information from images, biopsy samples and genomic data could one day help to determine not just where in the prostate a tumor is located but how likely it is to progress. Such an advance would allow patients to begin receiving individualized treatments for their cancer as soon as possible.