Mapping of metabolic changes reveals the proteins that are altered in kidney cancers, offering clues for how the disorder emerges. 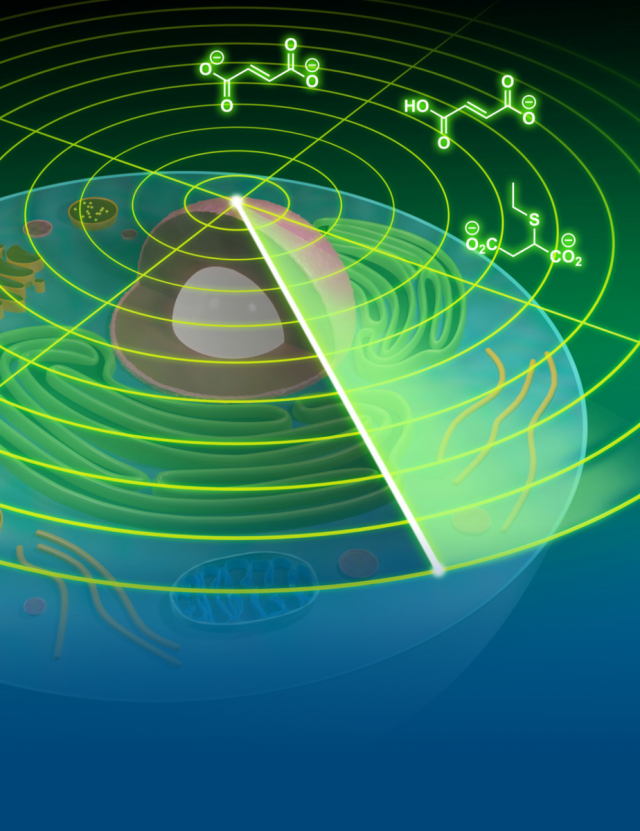 The radar and cell depict the new technology developed by the study authors to map how the oncometabolite fumarate interacts with proteins in the cell and influences tumor formation.
Credit: Joseph Meyer, Scientific Publications, Graphics and Media, Frederick National Laboratory, NCI, NIH

In their quest to grow and divide, tumor cells process nutrients differently from healthy cells. This process of metabolism often creates an accumulation of cancer-promoting molecules, known as oncometabolites, that drive tumor formation. However, the mechanisms by which they do so have remained unclear.

To unravel these mechanisms, CCR scientists looked at hereditary leiomyomatosis and renal cell carcinoma (HLRCC), a hereditary cancer disorder driven by the oncometabolite fumarate. Using a novel chemical mapping approach, CCR scientists have identified more than 100 proteins that are modified by fumarate, which accumulates in HLRCC. Their findings, published in Nature Chemical Biology, may shed light on how metabolic changes contribute to cancer and hint at new approaches to targeting tumor cells.

Jordan Meier, Ph.D., and W. Marston Linehan, M.D., used a technology developed by collaborator Eranthie Weerapana, Ph.D., of Boston College, to rapidly map how fumarate affects cysteine reactivity, a fundamental chemical property important for protein function. In total, they identified 105 proteins that interact with fumarate and were altered in HLRCC, many of them involved in key tumor signaling pathways. 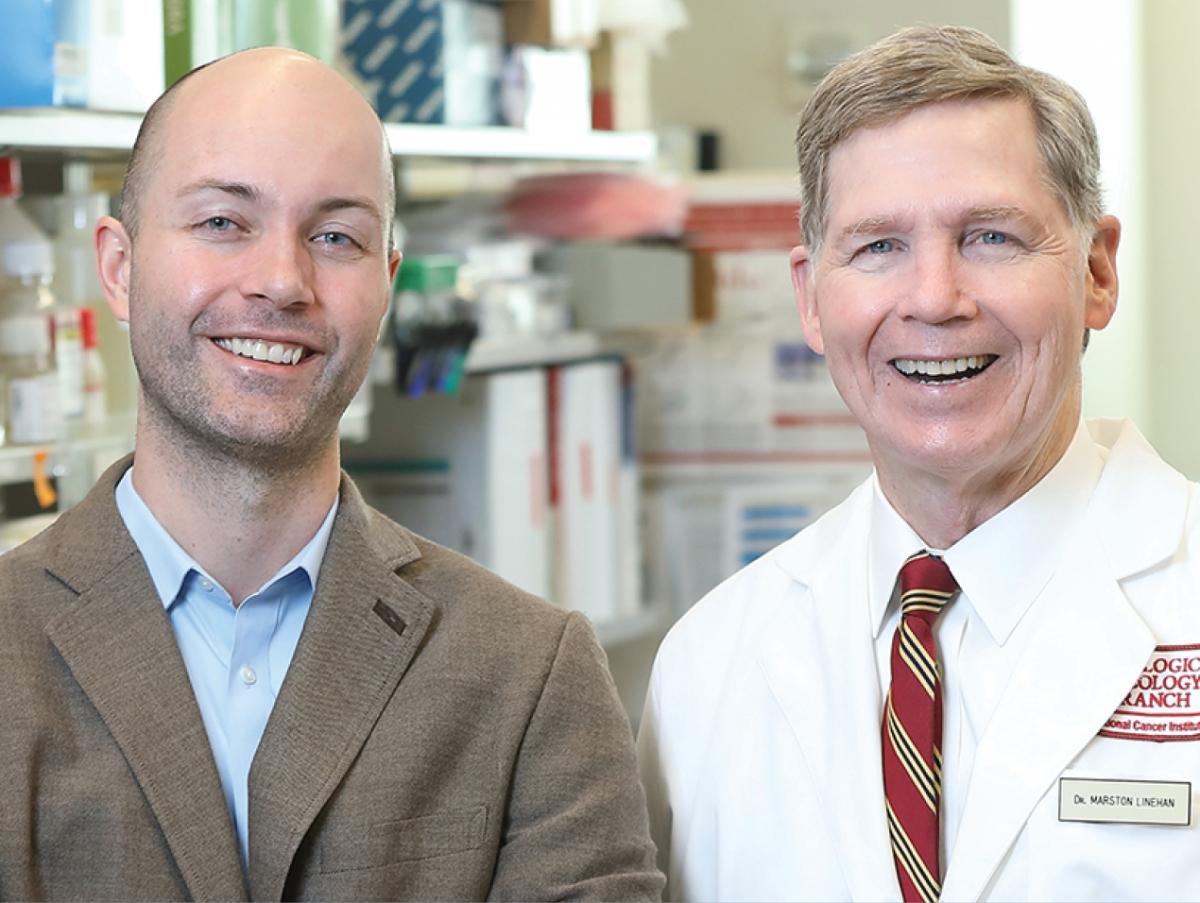 One of these modified proteins is part of the SWI-SNF protein complex, which binds to DNA and remodels the genome inside of cells. Meier and colleagues had previously found this complex to be dysfunctional in cancer cells in which fumarate accumulated. Interestingly, studies by other researchers had shown that a class of drugs known as EZH2 inhibitors, which target a different DNA-binding complex, were lethal to cells with disruptions in the SWI-SNF complex, pointing to them as a possible therapeutic option for kidney cancer.

The researchers also discovered that fumarate is especially reactive in the acidic environments found in cancer cells. Unlike healthy cells, cancer cells rely primarily on a metabolic process that produces lactic acid, thus creating the perfect storm for the accumulated fumarate to react with its target proteins. Clinicians could one day use the modified proteins as biomarkers to detect the disease, Meier says.

The findings by Meier and Linehan’s team may have relevance for other types of cancer beyond HLRCC, namely those in which fumarate accumulation has also been identified, such as non-hereditary kidney cancer, neuroblastoma, colorectal cancer and adrenal gland tumors.