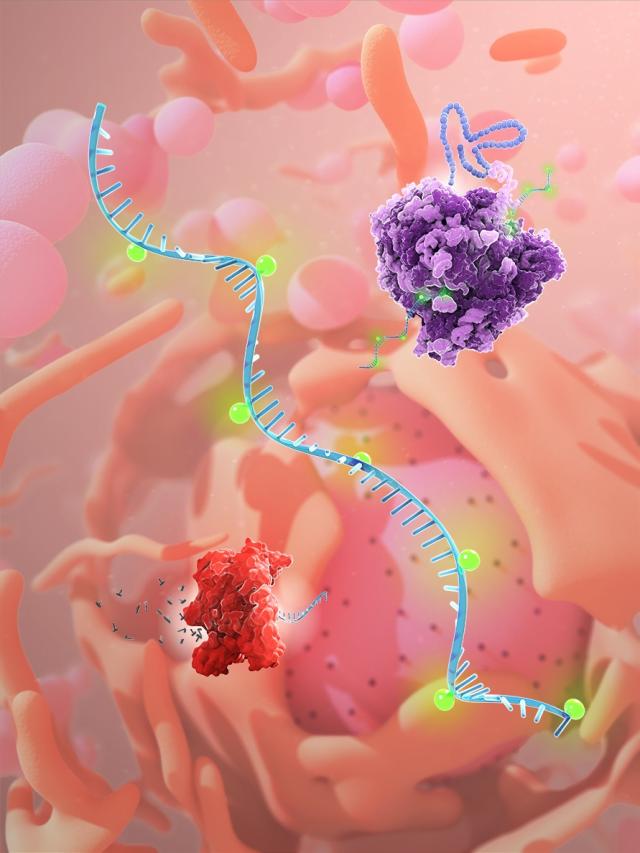 Messenger RNA (blue) with acetyl groups (green) is more efficiently engaged by ribosomes (purple) and lasts longer inside the cell. This leads to the creation of more molecules of the protein per mRNA. Without the acetyl groups, the mRNA is more likely to be targeted by the mRNA decay machinery (red), and fewer molecules of the protein can be created from it.
Credit: Veronica Falconieri Hays, Falconieri Visuals

RNA plays a variety of roles inside cells, but its main role is to serve as a template for translating the genetic information encoded in DNA into proteins. Scientists are increasingly recognizing that the way RNA molecules do their work can shift when they are modified by the addition or removal of small chemical groups. These changes are similar to chemical modifications on DNA that help determine when or where genes are switched on. Those that occur on the subset of RNA known as messenger RNA are collectively called the epitranscriptome.

The laboratory of Shalini Oberdoerffer, Ph.D., has now uncovered a new chemical tag on RNA that boosts the efficiency with which specific proteins are manufactured. The modification, which Oberdoerffer’s team found on thousands of different messenger RNA molecules inside human cells, is carried out by an enzyme called N-acetyltransferase 10 (Nat10), which is disrupted in some cancers.

There are more than one hundred ways an RNA molecule can be modified after it is synthesized. Scientists around the world are working to map these changes and understand their functional consequences, even as they explore how disruptions to the epitranscriptome contribute to cancer and other diseases. The discovery by Oberdoerffer’s team, reported in Cell, reveals a type of modification not previously known to occur on messenger RNA. What makes this modification of the addition of an acetyl group to RNA special is that it is the first RNA modification found to increase protein production. 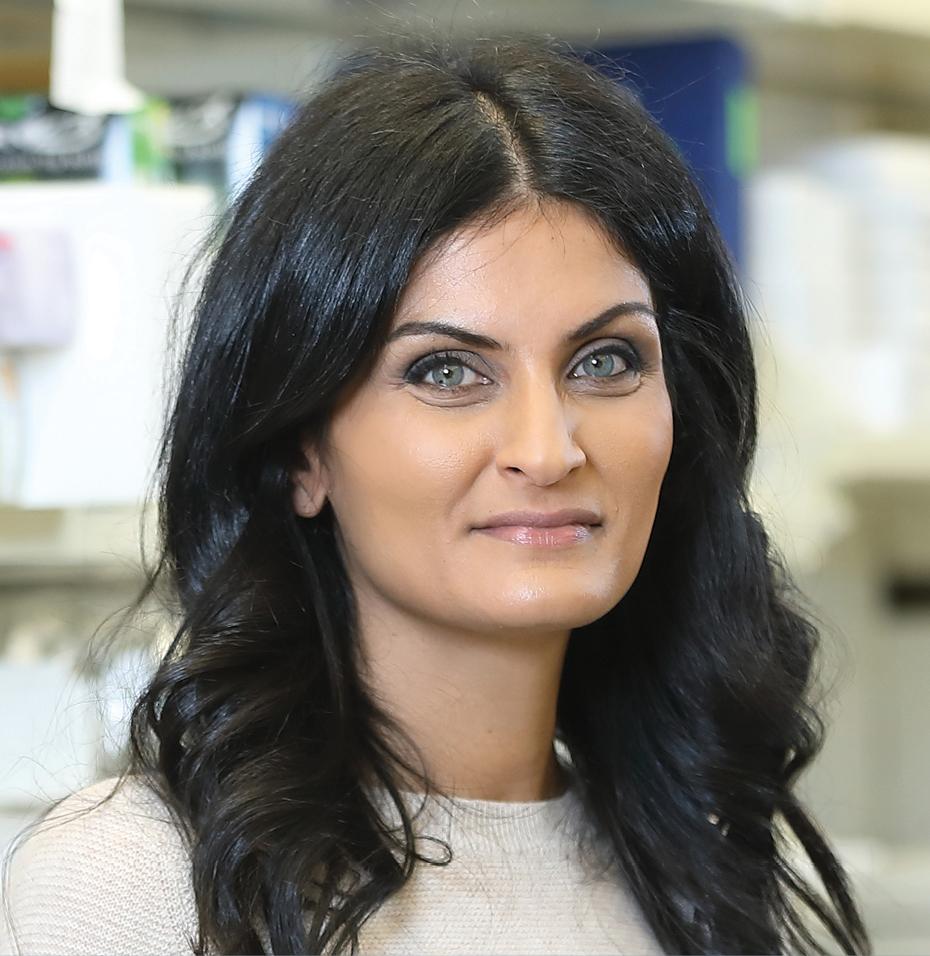 Messenger RNA molecules relay the genetic instructions encoded in the genome to a cell’s protein-making machinery. Oberdoerffer’s team discovered that when a messenger RNA is acetylated by Nat10, it becomes more stable, meaning it persists longer within the cell and can be used repeatedly to generate more copies of the encoded protein. Furthermore, the change enables the cell’s protein-making machinery to translate the information encoded by the RNA more efficiently, further enhancing production of that particular protein.

The Oberdoerffer lab found that the modification particularly impacts messenger RNAs that, prior to modification, are translated into proteins less efficiently than others. That inherent inefficiency creates an opportunity to fine-tune gene expression as the needs of a cell change, Oberdoerffer says. Nat10 likely acts quickly to acetylate target-messenger RNA molecules when demand increases for the proteins they encode, perhaps due to environmental cues. This is an especially powerful strategy for responding to change because acetylation is reversible; when it is time for protein production to be dialed back down, acetylation marks can be removed.

The discovery reveals a new layer of information embedded in a cell’s messenger RNA. It also suggests a potential strategy for future drug development. With a deep understanding of the epitranscriptome, it may one day be possible to manipulate it in order to adjust the levels of disease-associated proteins, Oberdoerffer says.