Bacteria in the gut have a profound impact on our health and rein in tumor-fighting immune cells in the liver. 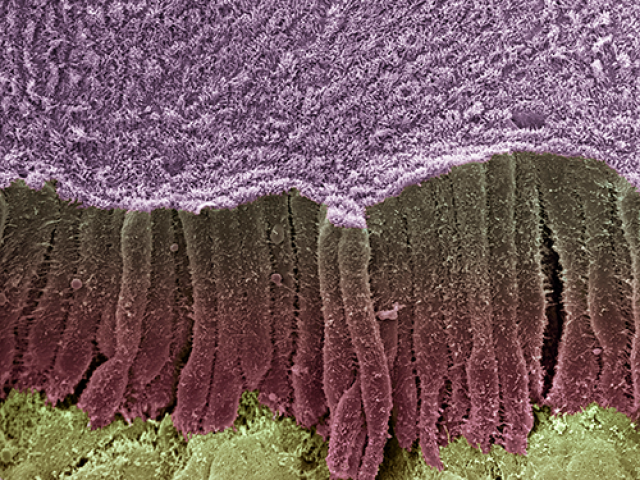 A colored scanning electron micrograph of a bile duct. The bile duct carries bile from the liver and the gallbladder to the small intestine.

The bacteria, viruses and fungi that live in and on our bodies have a profound impact on our health. Researchers are just beginning to understand how this complex community, known as the microbiome, contributes to cancer. Now, a discovery from the laboratory of Tim Greten, M.D., Deputy Chief of CCR’s Thoracic and GI Malignancies Branch, offers a clear example of how bacteria that live in the gut can hinder the immune system’s ability to control tumors in the liver.

Greten and his colleagues found that when they treated mice that are genetically predisposed to develop liver cancer with antibiotics to deplete the level of microorganisms in their guts, the animals developed fewer liver tumors. Antibiotic treatment also reduced the likelihood that tumors implanted elsewhere in the body would metastasize to the animals’ livers. Searching for an explanation, they noted that these effects occurred along with a change in the immune system. Following the reduction in gut bacteria, critical cancer-controlling cells, called natural killer T (NKT) cells, began to flourish in the liver. The findings were published in Science. 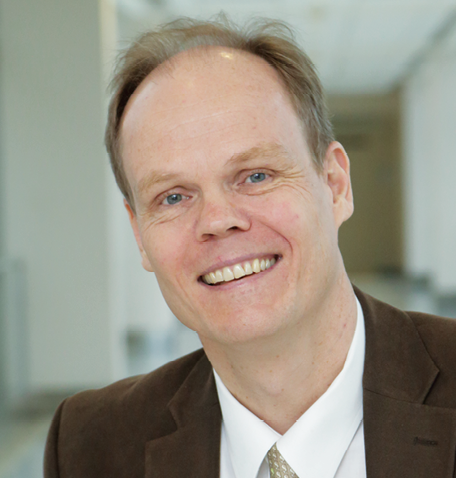 The investigators traced this increase in NKT cells to a change in bile acids, digestive molecules that help break down fats. These digestive acids, which are produced by the liver, can be modified by bacteria they encounter in the gut. The research team discovered that bile acids control the production of CXL16, a protein found on cells inside the capillaries, through which blood enters the liver. They showed that when CXCL16 is abundant, NKT cells accumulate to enable a stronger anti-tumor defense. Exposure to bile acids modified by bacteria drove cells to produce less CXCL16.

Greten’s team traced the source of these effects to bacteria known as Clostridium scindens. The investigators found that they could overcome the effect of these bacteria by manipulating the bile acids present in the animals’ livers—either by adding certain bile acids to their diet or by manipulating the bacteria in their guts. This shifted the numbers of NKT cells in the organ and, consequently, the numbers of tumors that developed there.

Based on these findings, Greten and colleagues are planning a clinical trial to investigate whether antibiotic treatment in combination with two immune-modulating drugs can reduce primary and metastatic liver tumors in patients.

Liver cancer is the second most common cause of cancer-related death worldwide. In the United States, it is one of the few common cancers whose incidence and mortality continues to rise. CCR is confronting the problem with a new Liver Cancer Program, a multidisciplinary effort that brings researchers and clinicians together to find better ways to detect, diagnose and treat the disease. The program co-directors are Tim Greten, M.D., and Xin Wei Wang, Ph.D.