Dr. Greten is an expert in gastrointestinal (GI) oncology and tumor immunology. His specific research focus is hepatocellular carcinoma and tumor immunology. He is trying to better understand how tumors in the liver interact with the immune system. Dr. Greten received his training in medical oncology, gastroenterology and hepatology in Germany and he has been performing basic and translational research studies in tumor immunology for more than 20 years. He is currently studying novel immune-based approaches to treat patients with hepatocellular carcinoma, cholangiocarcinoma and tumors of the GI tract metastasizing into the liver. Dr. Greten is cochair of the Center of Excellence in Immunology and co-director of the NCI CCR Liver Cancer Program.

Dr. Greten combines his medical expertise in gastroenterology, hepatology and medical oncology with his research expertise in tumor immunology. His research can be best described by the three terms “liver”, “cancer “ and “immunology”. Dr. Greten and his team try to better understand how tumors in the liver interact with the immune system and he utilized this knowledge to develop better treatment options for patients with tumors of the GI tract. Dr. Greten is an expert on immune suppressor mechanisms occurring in patients with liver cancer (and murine models of liver cancer). In his recent work published in Nature in Science he studied how liver disease and the gut microbiome control anti-tumor immunity in the liver. Dr. Greten is also principle investigator of a number of immunotherapy trials in patients with GI cancer and pioneered the combination of locoregional and immune checkpoint blockade in HCC.

Tim F. Greten, M.D., received his medical training at Christian Albrechts University in Kiel, Germany in 1993.  He did his internship in Munich followed by a 3-year postdoctoral fellowship at the Johns Hopkins University (Baltimore, Maryland),  where he initiated his work in the field of tumor immunology. In 1999 Dr. Greten returned to Hannover Medical School, where he finished his training in Internal Medicine (2003), Medical Oncology (2004) and Gastroenterology (2007). He held an Associate Professor position in the Department of Gastroenterology, Hepatology and Endocrinology.  In February 2010 Dr. Greten joined CCR's Medical Oncology Branch as head of the Gastrointestinal Malignancy Section and was promoted as a tenured Senior Investigator in 2015 and Deputy Branch Chief in 2018.

Dr. Greten has published more than 150 peer-reviewed papers on basic tumor immunology, translational research studies in hepatocellular carcinoma (HCC) as well as on clinical trials in different gastrointestinal malignancies, including HCC. Currently, Dr. Greten serves on the Center of Excellence in Immunology Steering Committee and Center for Advanced Preclinical Research oversight committee and is Co-Director of the NCI-CCR-Liver Cancer Program.

A discovery in Dr. Greten's laboratory offers a clear example of how bacteria that live in the gut can hinder the immune system's ability to control tumors in the liver.  Learn more...

A new, early-phase clinical trial marks and important stepping stone toward pinpointing which patients may benefit most from a combination of a new class of immunotherapy drugs called immune checkpoint inhibitors with radiation therapy.  Learn more...

Excess Fats Give Developing Liver Tumors a Chance to Grow

This recently completed phase I clinical trial at the NIH Clinical Center in Bethesda, Maryland, demonstrates that a combination of two immunotherapy drugs to target HCC was well-tolerated and shrunk tumors in a larger percentage of patients than the standard chemotherapy.  Learn more... 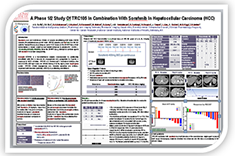 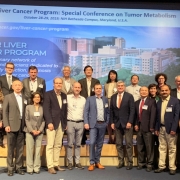