Two researchers leveraged CCR’s unique environment of investigator-driven inquiry to pursue studies of two cancer-causing genes that eventually led to the development of a vaccine against two forms of human papillomavirus. 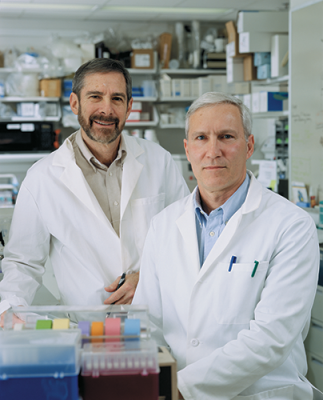 Little did CCR researchers Doug Lowy, M.D., and John Schiller, Ph.D., know in the 1990s that their studies of two cancer-causing genes would lead to the first commercially available vaccine against the two deadliest forms of the cancer-causing human papillomavirus (HPV). Today, these powerfully effective vaccines have slashed HPV infection rates by 64 percent in the United States. As vaccination rates go up, there is already evidence of the potential to nearly eliminate HPV-caused cervical cancer in women coming of age and to prevent many other HPV-related cancers in both men and women.

In the 1980s, the connection between specific types of the HPV virus and cervical cancer became increasingly clear due to a series of laboratory and epidemiological studies conducted by NCI researchers and others. By the early 1990s, these discoveries inspired Lowy and Schiller to focus their research on developing a vaccine. Even though neither had prior experience in the field, they relied on the infrastructure of the NCI intramural program and its culture of intellectual freedom that allowed them to pursue high-risk, long-term projects.

Lowy and Schiller had previously studied two cancer-causing genes, or oncogenes, in the HPV genome that produce proteins, named E6 and E7, that can cooperate to render human cells cancerous. They knew that the presence of the oncogenes would complicate vaccine development. While vaccines at the time often used weakened or killed viruses, in this case, using any form of authentic HPV could potentially introduce the oncogenes into patients.

In their first attempt to develop a papillomavirus vaccine, the team discovered an alternative to using an intact virus in the vaccine. Remarkably, they found that multiple copies of the HPV protein L1 could spontaneously assemble into non-infectious virus-like particles (VLPs). Upon injection, these VLPs stimulated production of large quantities of antibodies and prevented viral infection in animal models. The VLPs were subsequently shown to be safe and highly immunogenic in trials with human volunteers. These encouraging results attracted the interest of the pharmaceutical companies Merck and GlaxoSmithKline (GSK), who licensed the technology from CCR. 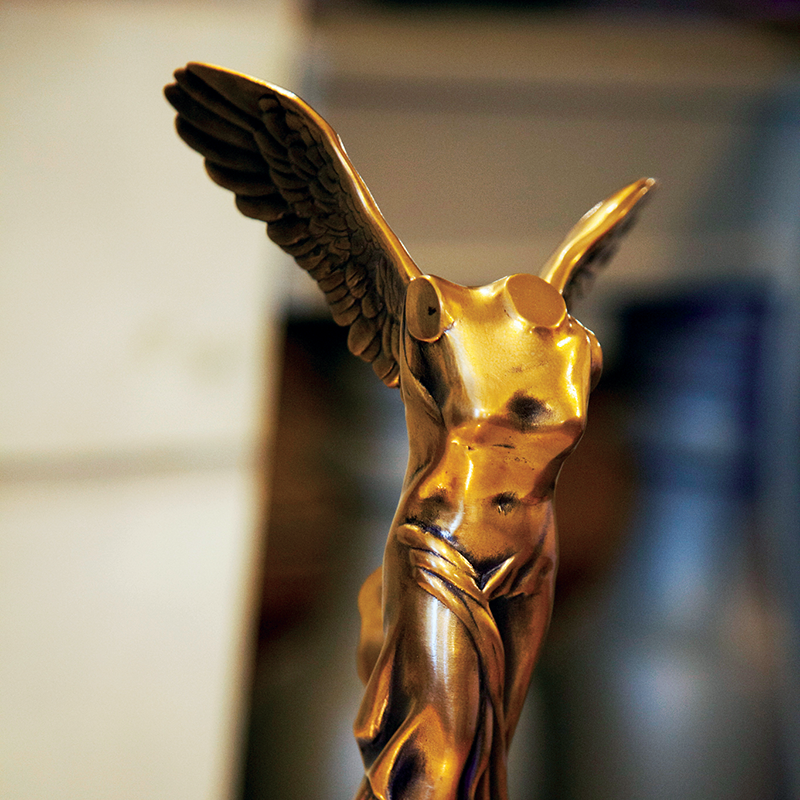 In 2017 Lowy and Schiller received the Lasker-DeBakey Clinical Medical Research Award for their groundbreaking research. In announcing the award, the Lasker Foundation found that Lowy and Schiller “took a bold but calculated approach toward a major public health problem whose solution required them to vault formidable hurdles.“

Lowy, Schiller and their colleagues continue to be involved in research to prevent HPV infection and the cancers they cause in both women and men. In 2014 they were awarded the National Medal of Technology and Innovation for their work. In 2017 they were awarded the Lasker-DeBakey Clinical Medical Research Award for technological advances that enabled development of HPV vaccines for prevention of cervical cancer and other tumors caused by the human papillomaviruses.