More than 30 years ago the idea was heretical: a patient’s immune system could be harnessed to fight cancer. NCI scientists’ pursuit of this idea chartered the development of immunotherapy. 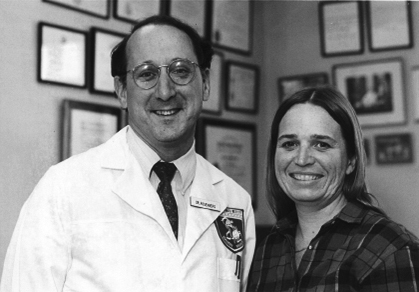 More than 30 years ago, NCI intramural scientists began to explore the heretical idea that a patient’s immune system could be harnessed to fight cancer. The objective was to amplify and unleash the body’s natural ability to recognize and destroy cancer cells. The resulting field, now called immunotherapy, has made important advances in cancer treatments using monoclonal antibodies and cytokines, as well as cell-based therapies.

CCR scientist Michael Potter, M.D., conducted groundbreaking research that led to the development of monoclonal antibodies, for which he received the 1984 Albert Lasker Award for Basic Medical Research. His findings as discussed laid the foundation for the use of monoclonal antibodies to successfully treat several types of cancer. One approach, developed by CCR researcher Ira Pastan, M.D., coupled a monoclonal antibody to a toxin to deliver it to cancer cells. The resulting immunotoxin has been an effective therapy for patients with hairy cell leukemia and has shown promise in the treatment of other hematologic cancers, as well as liver and mesothelin-based cancers.

Monoclonal antibodies have also become the agent of choice to block key immune checkpoints, which limit the capacity of the body to kill cancer cells. In 2003, CCR investigator Steven Rosenberg, M.D., Ph.D., was amongst the first to show that checkpoint blockade drugs could lead to cancer regression. This approach is now used worldwide in the treatment of many types of cancers.

In the mid-1980s, Rosenberg discovered that treating cancer patients with the cytokine interleukin-2 (IL- 2) reduced or eliminated tumors in some patients. Several other cytokine-based therapies developed by CCR researchers soon followed (see Cytokines as Therapy, p. 10).

Rosenberg’s team went on to pioneer cell-based cancer therapies by using IL-2 in a different capacity. T cells, which are key infection-fighting cells in the body, were isolated from a patient’s tumor and grown in the laboratory with IL-2, a potent T-cell growth factor. These cells were then re-infused into the patient. While this proved an effective treatment for some patients, the researchers discovered they could improve these results by genetically engineering T cells to recognize proteins specific for the patient’s cancer cells.

One outcome of these early adoptive cell therapy studies was the development of chimeric antigen receptor (CAR) expressing T cells. T cells isolated from a patient’s blood are modified to express a CAR that will ideally enable the cell to recognize and destroy specific types of cancer cells. Rosenberg’s team was the first to show that CAR T cells recognizing CD-19 are useful in the treatment of some blood cell cancers.

While the initial components necessary to develop CAR T-cell treatments were painstakingly developed at NCI, they are now widely used, and numerous laboratories have since demonstrated the benefits of this approach in the treatment of a variety of cancers. What started decades ago as a speculative idea in CCR laboratories is now common practice in hospitals around the world.