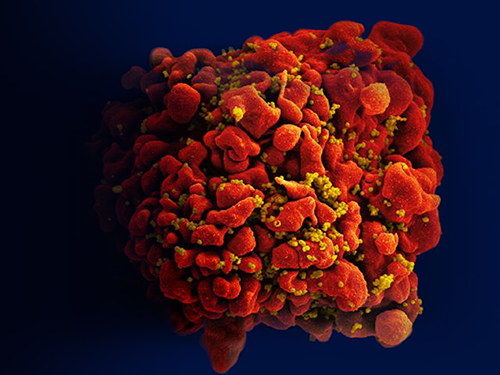 Medications now allow HIV-positive individuals to stay healthy for many years by keeping the viral infection in check. However, the virus almost always resurges if patients stop treatment. Research by CCR investigators suggests that targeting a receptor located on the surface of certain immune cells could help clear stubborn HIV reserves. The findings, published in Science, may also have implications for the response of cancer patients to immunotherapy.

A group of researchers led by Mary Carrington, Ph.D., Senior Investigator in the CCR Cancer and Inflammation Program, set out to determine why some HIV-infected individuals are able to control the virus better than others in the absence of drug treatment. They examined proteins called human leukocyte antigens (HLA), which help disease-fighting natural killer and T cells recognize and destroy cells that have been infected by HIV. The researchers knew that HIV-positive individuals who express high levels of a certain type of HLA tend to have worse outcomes than those with low expression, but they did not understand why.

To find out, they analyzed blood samples from nearly 10,000 black, Hispanic and white HIV-positive patients from the United States, Botswana, South Africa, Zambia and Switzerland. They saw that the higher an individual’s expression levels of two types of HLA (HLA-A and HLA-B21M), the higher their HIV viral load, indicating that they had poorer control of the virus.

How did elevated levels of these HLA proteins impair HIV control? Carrington and her team realized that they boosted expression of another type of HLA protein, HLA-E, which binds to a receptor called NKG2A, found on natural killer cells and a certain subset of T cells. Binding between HLA-E and NKG2A hampers these immune cells’ ability to kill cells infected by HIV. 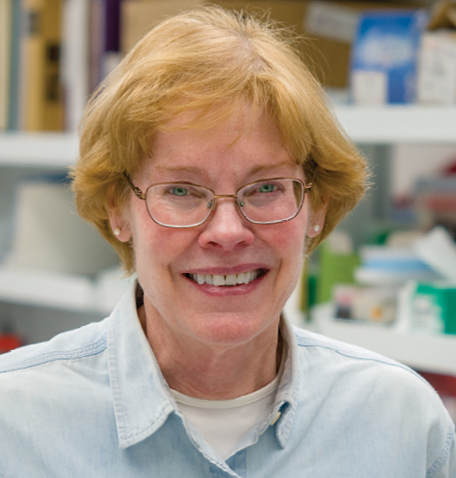 The findings suggest that drugs that block NKG2A would allow natural killer and T cells to eliminate HIV-infected cells, improving HIV-positive individuals’ control of the virus. These drugs, possibly in combination with other therapies, could expand the drug arsenal against HIV by equipping the immune system to more effectively control the virus.

This study on HIV infection has intriguing implications for cancer because earlier research has indicated that dampening of the immune response by affecting HLA protein function may play a role in the disease. Clinical trials in cancer of an antibody that blocks NKG2A, known as monalizumab, are already underway. In addition, Carrington and her team have begun exploring whether HLA expression could predict response to cancer immunotherapy. She notes that this makes sense—one way immunotherapy works is by inhibiting the interaction between proteins that tighten the reins on the immune system, freeing it up to kill cancer cells.

Through these efforts, Carrington’s team hopes to determine whether HLA expression could help identify which patients will respond to a given immunotherapy and which will not. If successful, HLA analysis will help clinicians determine which type of immunotherapy will most likely benefit a given patient.