Research in Dr. Oberdoerffer’s laboratory broadly examines how DNA and RNA epigenetics dynamically regulate gene expression. They ask how methylation of cytidine in DNA affects pre-mRNA splicing decisions, and how subsequent acetylation of cytidine in processed mRNA affects translation. They use a variety of tools to investigate the enzymatic regulation of cytidine modifications and the net impact at target genes and genome-wide. Current efforts in the laboratory are focused on developing methods to achieve base-resolution analysis of the modification landscape in single cells.

Complete mapping of the human genome revealed far fewer genes than had been anticipated based on our organismal complexity. It is now appreciated that the protein-coding capacity of human genes is diversified at essentially every step ranging from the initiation of transcription to post-translational regulation. The net result is a staggering expansion in coding potential, wherein ~20,000 human genes serve as templates for >1,000,000 proteins. Amongst the mechanisms that promote gene diversification, “epigenetic” regulation shapes and defines human complexity. Broadly defined as changes in gene expression that are unrelated to DNA sequence, epigenetic regulation is achieved through nucleic acid modifications that alter the biochemical properties of DNA or RNA. Accordingly, nucleic acid modifications have the potential to contribute to gene diversification through a de facto expansion of the genetic code. In eukaryotic DNA, modifications are typically restricted to the 5th carbon of cytosine and prominent methylation (5-methylcytosine, 5mC) at CpG dinucleotides forms the basis of the “epigenome” in mammals2. 5mC is further acted upon by the Ten-Eleven Translocation (TET) proteins to generate oxidized derivatives with distinct outcomes on cellular function. In comparison, modifications in RNA are significantly more extensive and are distributed amongst all four nucleobases. Greater than 100 modified species have been observed in eukaryotic RNA, a handful of which have been mapped to messenger RNA (mRNA) where they form the basis of the “epitranscriptome”. Research in my laboratory examines the role of DNA and RNA modifications in determining: 1) how a single gene generates multiple protein-coding variants, and 2) how a single mRNA molecule dictates distinct protein fates during the process of translation. As the archetype for epigenetic control within DNA, we specifically examine how nucleic acid modifications of cytosine influence gene expression at unexpected stages in the life cycle of an mRNA. First, we investigate 5mC and its oxidized derivatives in genic DNA and ask whether elevated detection at exons relative to introns in DNA reflects a role in co-transcriptional pre-mRNA splicing. Second, we have recently begun to investigate cytosine modifications in RNA. Drawing on tools and methodologies developed in the course of our DNA studies, we find an unexpected prevalence of cytosine acetylation in mRNA (N4-acetylcytidine, ac4C). Investigation of ac4C enzymatic regulation and function reveals a post-transcriptional role in mRNA translation. Thus, the overarching theme of my laboratory focuses on innovative connections between the epigenome, epitranscriptome and mRNA metabolism. Ultimately, we aim at understanding how cytosine modifications contribute to the etiology of disease and potentially identify avenues for novel therapeutic interventions.

In 2005, Dr. Shalini Oberdoerffer obtained her Ph.D. in immunology under the supervision of Dr. Jean-Pierre Kinet at Harvard Medical School. She then joined the laboratory of Dr. Anjana Rao at the Immune Disease Institute, Harvard Medical School, where she studied global shifts in alternative pre-mRNA splicing during the process of lymphocyte development. Dr. Oberdoerffer joined the Center for Cancer Research in 2010, where she studies the relationship between chromatin modifications and alternative pre-mRNA splicing in the context of the immune system. She received tenure in 2019. 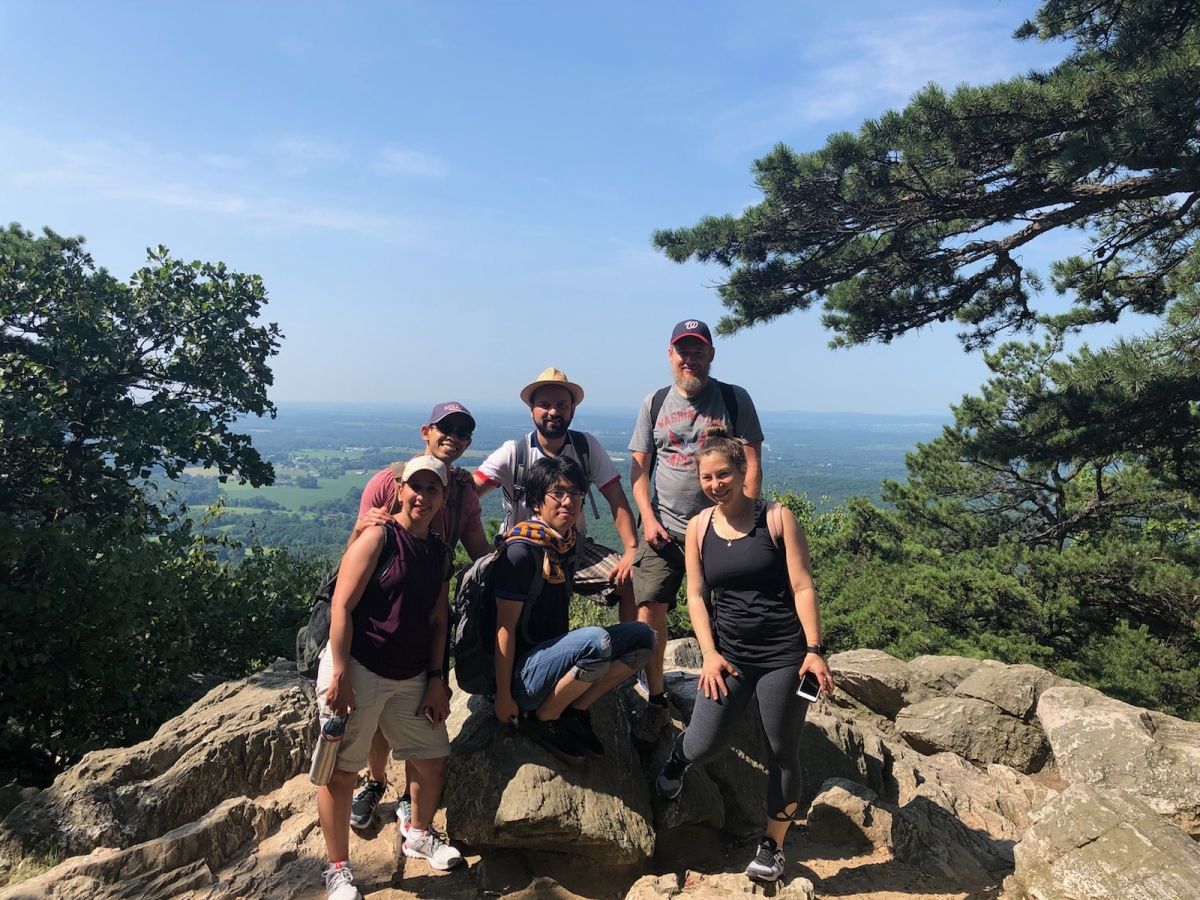 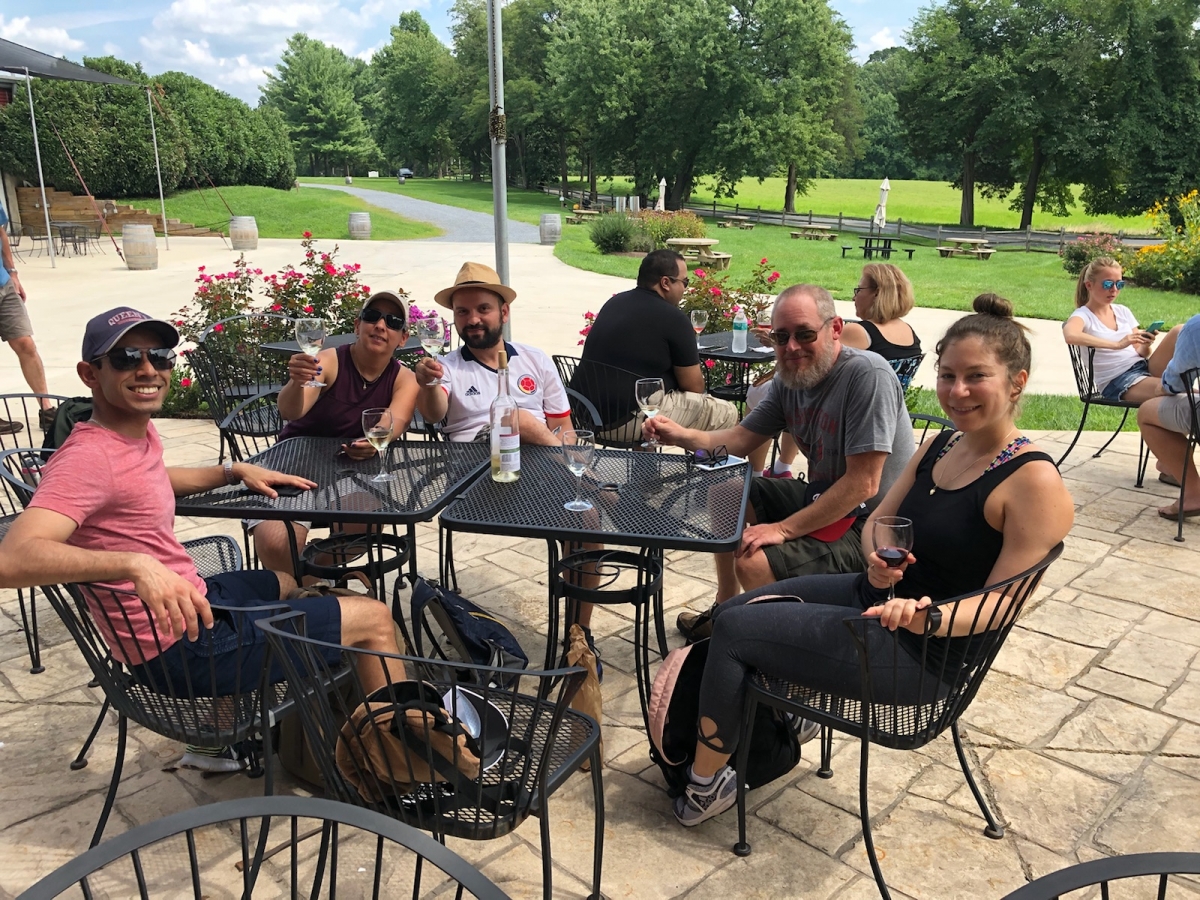 The lab enjoys time together outside the lab as well!