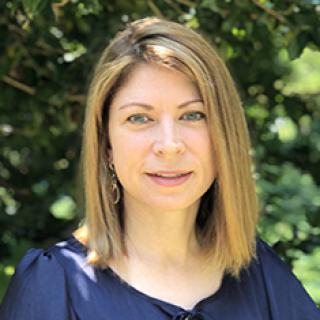 Dr. Krug applies novel molecular approaches to define the gammaherpesvirus proteins and host signaling networks that are required for different stages of chronic infection. Recent findings from her lab indicate that targeting host transcription factors decreases the virus load in B lymphocytes, a critical reservoir of viral resistance. Her lab also discovered vital functions for viral proteins in an animal model of infection that were deemed dispensable in cell culture systems. Mechanistic studies of the virus-host interplay are underway with the goal to identify new, effective interventions to treat and prevent cancers driven by Epstein-Barr virus and Kaposi’s sarcoma-associated herpesvirus.

Gammaherpesviruses infect for life and cause cancers. My laboratory uses animal models of infection and disease to investigate how oncogenic gammaherpesviruses manipulate the host to establish life-long infection. We have several areas of research: signaling processes in latency reservoirs, virus-host interactions that influence replication and genomic stability, and gammaherpesvirus subversion of intrinsic nuclear host defenses. We also apply murine gammaherpesvirus 68 as a pre-clinical model to develop and validate safe, replication-defective herpesvirus vaccines and therapeutic gene-editing technologies. We seek to expand collaborative endeavors and participate in cross-disciplinary projects to develop animal models that will define the mechanisms of human gammaherpesvirus-driven oncogenesis.

In vivo analysis of STAT3 and NF-κB signaling by conditional ablation and next generation sequencing. I have a long-standing interest in understanding signaling processes that regulate the lytic versus latent fate of an infected B cell. STAT3 and NF-kappaB activation is associated with gammaherpesvirus latency and cancer in cell culture systems. We use transgenic mice to enable cell-specific knock-out of host factors in combination with next gen sequencing technologies to define the role of signaling pathways for the establishment of gammaherpesvirus latency in primary B cells. We seek to understand how specific cytokines in the microenvironment modulate the infected B cell. We will engineer recombinant MHV68 viruses that express EBV and KSHV modulators of STAT3 and NF-kappaB signaling signaling pathways to investigate their impact on latency and lymphomagenesis in an animal model of disease.

Inhibition of DNA repair by viral uracil DNA glycosylase. The numerous herpesvirus genes involved in nucleotide metabolism indicate that the nucleotide pool is a major restriction point for virus expansion in non-dividing cells. We recently reported that the enzymatic properties of the viral uracil DNA glycosylase (vUNG) synergize with the viral dUTPase to promote pathogenesis and counter recombination-based deletions in the viral genome. My lab is introducing vUNG mutants into the murine gammaherpesvirus to examine their impact on replication and genome stability in vivo. We will investigate putative scaffolding functions of the vUNG by examining interactions with viral replication factors and host proteins that either drive DNA mutation or DNA repair.

Gammaherpesvirus subversion of host intrinsic defenses. The PML-nuclear bodies serve as a hub of host factors to impair viral gene expression. Post-translational SUMO modifications mediate the spatial organization of host PML-NB factors and their association with viral genomes. However, there is a lack of mechanistic detail regarding how different PML-NB components silence genomes and, in turn, how viral proteins subvert their actions. I aim to define the mechanism by which gammaherpesvirus proteins alter PML-NBs, and then determine the consequence of those interactions on replication and latency in vivo. We aim to define the SUMOylation signature of infected cells by proteomics and capture the epigenetic landscape of newly deposited viral genomes.

Novel therapeutic interventions of gammaherpesviruses. CRISPR must be efficient and precise to edit and inactivate multiple copies of herpesvirus genomes, without off-target damage to the host. My lab successfully reduced murine gammaherpesvirus replication by CRISPR editing of the viral genome. We have engineered a novel approach for editing Epstein-Barr virus, and we will test the impact on its reactivation from latency and its ability to immortalize human B cells. To overcome current challenges in the development of herpesvirus vaccines, my collaborators and I devised a codon-shuffled complementing gene method to grow high titer replication-defective virus stocks in the absence of wild-type revertants. We aim to identify vaccine-generating immune components that lower viral load and prevent gammaherpesvirus lymphoproliferation in animal models.

A codon-shuffling method to prevent reversion during production of replication-defective herpesvirus stocks: Implications for herpesvirus vaccines 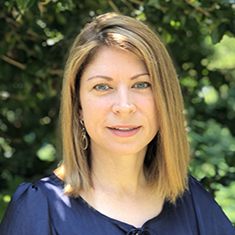 Dr. Krug completed her Ph.D. in the laboratory of Dr. Philip Pellett at the Centers for Disease Control and Prevention while a graduate student at Emory University in 2001. Her graduate research focused on the initiation of viral DNA replication by the human herpesviruses -6A, -6B, and 7.

Her post-doctoral research in the laboratory of Dr. Margaret K. Offermann at the Winship Cancer Center focused on the interaction of Kaposi’s sarcoma-associated herpesvirus with the innate immune response of endothelial cells. This was followed by a post-doctoral fellowship with Dr. Samuel H. Speck in the Department of Microbiology and Immunology at Emory University to train in the molecular virology of additional oncogenic herpesviruses, Epstein-Barr virus and murine gammaherpesvirus 68.

Dr. Krug continued her investigations of virus-host interactions using the murine gammaherpesvirus pathogen in the Department of Microbiology and Molecular Genetics of Stony Brook University as an Assistant Professor in 2008, then as an Associate Professor in 2016. In 2019, Dr. Krug was appointed as a Stadtman Investigator in the HIV and AIDS Malignancy Branch.

Her honors include an NIH Ruth L. Kirchenstein National Research Service Award in 2008, American Cancer Society Research Scholar in 2011 and winner of the Stony Brook University Discovery Fund Prize in 2015. 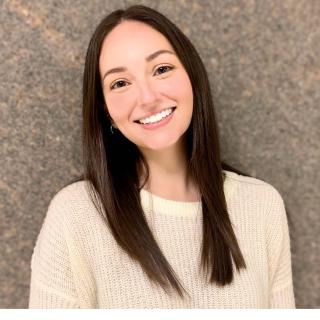 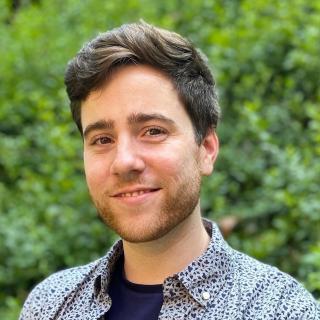 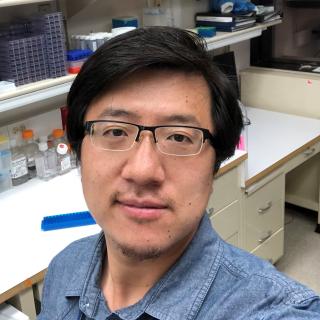 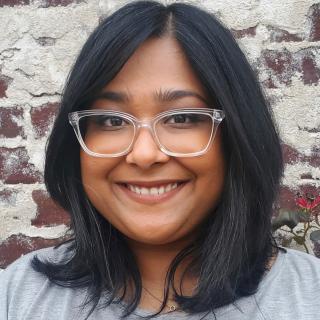 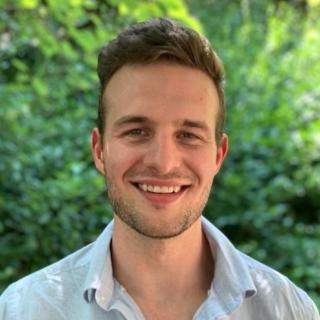 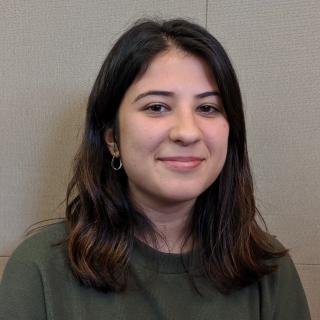