Excess Fats Give Developing Liver Tumors a Chance to Grow 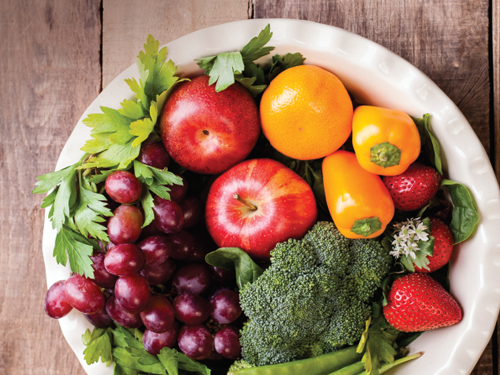 As fats accumulate in the liver, the immune system weakens and limits our anticancer defenses. These results suggest dietary changes may alter tumor growth. Credit: iStock

Nearly one in three Americans have non-alcoholic fatty liver disease (NAFLD), a buildup of fat in the liver that can cause inflammation and scarring in the organ. The condition, which is common among people who are obese or have diabetes, is on the rise in developed countries. NAFLD usually causes no symptoms, but it puts people at risk for both liver failure and liver cancer.

Tim Greten, M.D., a CCR Senior Investigator in the Thoracic and Gastrointestinal Oncology Branch, and his team now have reported in the journal Nature that a type of fatty acid that accumulates in livers with NAFLD is toxic to cancer-fighting immune cells. Greten’s observations suggest that elimination of these defensive cells from the liver gives tumors a better chance to grow because they avoid immune detection.

The team began their studies in mice, which develop NAFLD when they are fed a diet designed to disrupt fat metabolism. Like humans, mice with NAFLD are more likely to develop hepatocellular carcinoma, the most common type of liver cancer.

To explore the consequences of excess fat, Greten and his colleagues analyzed the presence of specific immune cells in the livers of mice with NAFLD. They found that the fatty livers were largely missing one cell type, helper T cells, which play a key role in antitumor immunity. These cells seek out infected and cancerous cells, and when they find them, they summon other immune cells to mount an attack. Without helper T cells in their livers, even mice without NAFLD have an elevated risk of developing liver cancer.

But why do these helper T cells disappear in NAFLD? Greten’s team determined that a fatty acid called linoleic acid, which is abundant in fatty livers, is responsible for the death of helper T cells. When linoleic acid enters these cells, it perturbs energy-generating organelles called mitochondria, shifting cellular metabolism toward biochemical pathways that generate more cell-damaging free radicals, which ultimately leads to cell death. When the scientists fed mice a diet high in linoleic acid, there was a clear reduction of helper T cells in their livers, while killer T cells, another essential element of the immune system’s anticancer defenses, were spared.

To determine whether their findings were of clinical relevance, the Greten team analyzed liver biopsies from patients. As they had seen in mice, they found that helper T cells are depleted from livers affected by NAFLD while killer T cells remain undisturbed. Greten and his colleagues also found that they could protect immune cells from the effects of linoleic acid by blocking the reactive oxygen species that build up in its presence. When they gave antioxidants to mice with NAFLD, helper T cell populations in the liver recovered and tumors developed more slowly than they did in untreated mice with NAFLD.

Taken together, these results reveal a novel aspect of the immune response to tumors and suggest that dietary changes may be a means to influence antitumor immunity and impact tumor growth.