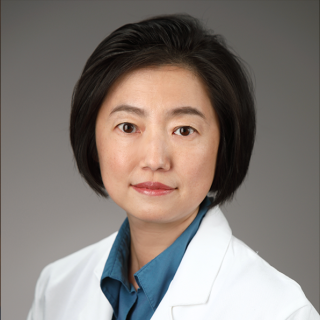 Dr. Wu is an investigator and clinical neuro-oncologist. Her clinical interests revolve around understanding challenges in neuro-oncology care, and developing laboratory and clinical research programs to understand glioma biology and investigate novel therapeutic approaches to improve patient clinical outcomes. Her goal is to observe phenotypes and gaps in knowledge through her clinical practice, in order to address these questions in the laboratory and subsequently develop hypothesis-based clinical trials.

There are two facets to Dr. Wu’s research. First, she seeks to understand gliomas that exhibit an aggressive phenotype, in order to develop a diagnostic tool to monitor their transformation from low-grade to high-grade disease when they exhibit rapid growth. Her second goal is to test the efficacy of the multi-kinase inhibitor TG02 in clinical trials, in order to understand its effects on high-grade astrocytomas and IDH-mutant gliomas.

Learn about our multidisciplinary approach to patient care, our clinical trials and the highly specialized care teams who lead them.

Dr. Wu’s research is primarily focused on the clinical aspects of gliomas, which are rarely fully curable—whether or not they’re diagnosed as low- or high-grade tumors. Gliomas also exhibit high levels of heterogeneity, making them challenging to treat long-term. Isocitrate dehydrogenase (IDH) genes are mutated in approximately five percent of all gliomas and eighty percent of low-grade gliomas, causing 2-hydroxyglutarate (2-HG) to accumulate and leading to increased tumorigenic potential. While individuals with IDH-mutant low-grade gliomas often have slower disease progression and respond more favorably to treatment than those with IDH wildtype tumors, almost all cases eventually transform into more aggressive high-grade gliomas that rapidly progress.

As there are significant gaps in knowledge regarding how and why this transformation to high-grade disease occurs, the first facet of Dr. Wu’s research focuses on developing a diagnostic tool to detect this transformation as early as possible in patients. This project utilizes the fact that levels of 2-HG and/or metabolic flux may change as high-grade transformation takes place. This is because glioma cells must undergo a metabolic shift to aerobic glycolysis, in order to support their rapid growth. The level of 2-HG can be detected using 1H based magnetic resonance spectroscopic imaging (MRSI), and the metabolic flux can be detected by administering a 13C hyperpolarized pyruvate MRSI noninvasively into the patient—resulting in real-time tracking of the tumor’s changes. These techniques will hopefully assist in uncovering the intracellular changes that indicate tumor progression without the need for biopsy or surgery.

Once gliomas transform to high-grade status, those with increased mutational burden may respond better to immunotherapy. One key feature of high-grade gliomas is the enormous intra- and inter-tumoral heterogeneity that drives their aggressiveness and therapy resistance. To combat this, Dr. Wu’s second project elucidates whether TG02, a multi-kinase inhibitor, primarily inhibits cyclin-dependent kinase 9 (CDK9) and can target multiple cancer survival pathways simultaneously. This agent can cross the blood-brain barrier, making it a favorable candidate for glioma treatment. It has also shown preclinical benefit when combined with Temozolomide, a common alkylating chemotherapeutic agent in brain tumor treatment. This research has led to an actively recruiting Phase I/II clinical trial for patients with recurrent high-grade gliomas.

Phase I Study of Zotiraciclib in Combination with Temozolomide for Patients with Recurrent High-grade Astrocytomas.

A Bayesian Adaptive Randomized Phase II Multicenter Trial of Bevacizumab with or without Vorinostat in Adults with Recurrent Glioblastoma.

Novel Targeting of Transcription and Metabolism in Glioblastoma 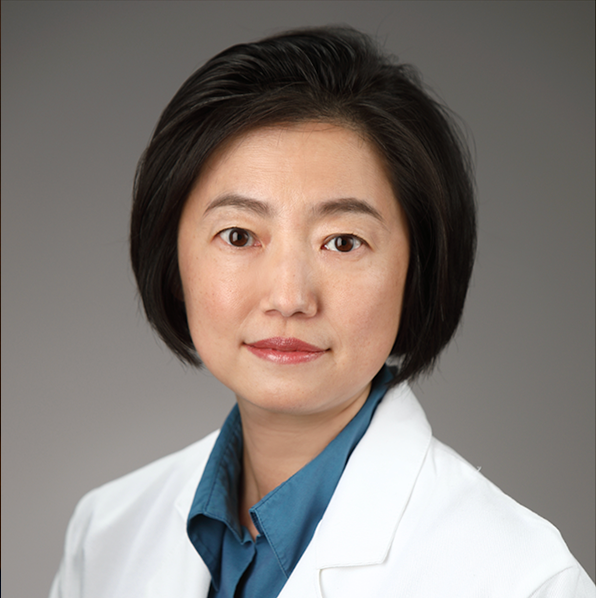 Dr. Wu received her Doctor of Medicine degree from Capital Medical University in Beijing, China prior to moving to the United States and pursuing her Ph.D. in neuroscience from the University of Texas Medical Branch at Galveston. She subsequently completed an NIH postdoctoral fellowship under William D. Willis, who was a significant contributor to the fields of pain and neuroscience and a lifelong mentor to Dr. Wu. Following her Ph.D., she completed an internship in internal medicine at Texas Tech University Medical Center, followed by a neurology residency at The University of Texas Health Science Center (where she also served as the chief resident), and a Neuro-Oncology fellowship at The University of Texas MD Anderson Cancer Center. She then joined the University of North Carolina (UNC) at Chapel Hill as a tenure-track assistant professor in the Department of Neurosurgery and Neurology. She served as the co-director of the Brain Tumor Program at the Lineberger Comprehensive Cancer Center and developed a clinical and translational research program in neuro-oncology at UNC. Dr. Wu joined the NCI Center for Cancer Research’s Neuro-Oncology Branch (NOB) in 2015 as a staff physician, and soon became the director of the Neuro-Oncology Fellowship Program as well as a tenure-track investigator overseeing multiple clinical trials.

Dr. Wu is certified both by the American Board of Psychiatry and Neurology (ABPN) in neurology and the United Council for Neurologic Subspecialties (UCNS) in neuro-oncology. She has published over 50 peer-reviewed articles while also serving as an invited reviewer for several prestigious journals. She has received impressive awards over her training and clinical tenure, including the William James Miller Endowed Fellowship Award in Neuro-Oncology and the NIH/NCI Paul Calabresi Clinical Oncology Scholar Award. In 2018, she was awarded the NIH-Lasker Clinical Research Scholar Award—a prestigious opportunity that provides funding and support for exceptional clinical researchers to develop their clinical research programs.

In celebration of International Women and Girls in Science Day, we celebrated female scientists, physicians and mentors in the NOB that strive every day to make advances in ground-breaking research for brain and spine tumor patients. Read more >

Dr. Jing Wu's investigational drug, zotiraciclib, received orphan drug approval by the FDA for the treatment of glioma, which comprises up to 30% of all brain and central nervous system tumors. Read more >

New clinical trial will determine if gliomas respond to immunotherapy

Dr. Jing Wu led a clinical trial to test the drug nivolumab in people with gliomas, in order to determine if patients whose tumors exhibit hypermutation features benefit the most from immune checkpoint inhibitors. Read more >