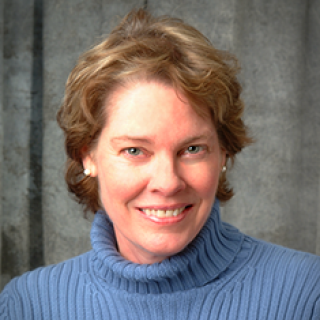 Dr. Carrington is a Senior Principal Scientist within the Frederick National Laboratory and head of the HLA Immunogenetics Section in the Laboratory of Integrative Cancer Immunology. Dr. Carrington’s group studies the influence of immunogenetic variation on risk of human disease, outcome to therapeutic treatment, and vaccination. These studies include elucidation of the functional basis for the genetic associations identified.

The main goal of the Carrington laboratory is to understand the genetic basis for resistance or susceptibility to human disease conferred by polymorphic immune response loci through direct testing for such effects on specific disease outcomes followed by molecular and cellular biological approaches to determine the biological basis for the genetic association. We study a large variety of disorders including cancer, transplantation outcome, autoimmune and infectious diseases. Extensive genetic polymorphism is a primary characteristic of the human leukocyte antigen (HLA) class I and class II loci, which encode products that present antigenic peptides to T cells, initiating an adaptive immune response. Variation within these loci is concentrated primarily at positions that determine specificity for peptides. Apart from the effect of allelic variation on disease outcome through allele-specific presentation of antigenic peptides to T cells, HLA alleles vary in a number of other properties that affect their function.  For example, some HLA class I molecules serve as ligands for innate immune receptors, including the killer cell immunoglobulin-like receptors (KIR) and the leukocyte immunoglobulin-like receptors (LILR) encoded by genes located in the Leukocyte Receptor Complex (LRC).  KIR and LILR molecules are expressed by various innate and acquired immune cells and regulate the activity of these cells by fine-tuning activating and inhibitory signaling pathways.  Thus, HLA class I is integral to both the acquired and innate immune response. The KIR genes and haplotypes are exceptionally diverse and rapidly evolving. We have shown that very few (even 1-3) amino acid changes between allotypes of HLA class I or specific KIR can greatly influence their effects on receptor-ligand interactions and disease outcome (Martin, et al., JCI, 2018), indicating that fine genotypic resolution of these loci is necessary to fully delineate their impact on human disease.

We are particularly interested in defining novel allele-specific characteristics of HLA beyond peptide binding and KIR interactions, as these also impact disease outcome.  Over the past several years, we have characterized the allele-dependent differential expression of several HLA loci at either the mRNA or cell surface level, showing that HLA alleles vary in their expression level intrinsically to an extent that modulates the efficacy of an immune response.  This is an important modifier of the strength of the HLA-mediated response to cancer, inflammatory disease and infections.  For example, we showed that high HLA-A expression associates with poor control of HIV (Ramsuran, et al., Science, 2018).  HLA-A provides a signal peptide that binds within the groove of HLA-E and enhances HLA-E expression levels, which biases natural killer (NK) cell education and immune surveillance through the highly inhibitory NKG2A receptor.  HLA class I haplotypes dictate the means by which NK cells are educated, and overall, genetic and functional data from our lab indicate that bias towards KIR-mediated NK cell education associates with HIV control, but NKG2A-mediated education results in poor HIV control in untreated subjects. These data suggest that blockade of NKG2A/HLA-E interaction as a therapeutic target in an HIV cure strategy may be beneficial.  We believe this may also be true in cancer immunotherapy settings.  Current emphasis in the lab is focused on determining immunogenetic effects in cancer and cancer immunotherapy cohorts in order to predict risk of developing cancer and likelihood of responding to immunotherapy.

Other allele-specific characteristics of HLA molecules, such as those relating to variation in class I-peptide assembly, genetic distance between pairs of alleles at any given genotype, and level of interaction with the non-classical HLA-F molecule, are being defined in the lab.  Values for these characteristics are being tested for potential influence on disease outcomes. For example, the level of dependence on the assembly factor tapasin is highly variable across the common HLA allotypes. Tapasin dependence may influence peptide repertoire both in terms of size and affinity of presented peptides where tapasin dependent HLA allotypes present a smaller repertoire of peptides, but with higher average affinity compared to tapasin independent allotypes. We have ascribed tapasin dependency coefficients to each allele and an overall dependency score given the entire HLA genotype present in each subject. These coefficients have an effect on disease outcomes under investigation in our lab.

A greater understanding of the evolutionary and molecular genetic characteristics of immune response genes is also a key objective of my laboratory.  This is an important consideration when studying loci composed of multiple homologues that share functional activity, which both the MHC and LRC exemplify, because it is a significant aid in identifying the actual disease locus amongst multiple logical candidates. Such approaches have informed our disease studies by informing how the data should be analyzed and interpreted. They also provide a basic understanding of the genetic, evolutionary, and biological properties of these highly polymorphic immune response loci.

In the era where massive datasets are publicly available, and our own immunogenetic database is extensive, we are particularly interested in developing novel computational approaches that will take advantage of these resources. These tools will allow us to estimate the effects of variation in immune response genes on human disease by combining the knowledge of genetic association data with biological function, and to this end we are involved in several large biobank-based studies. 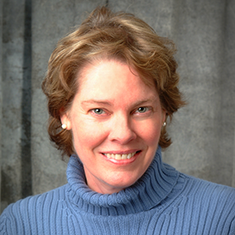 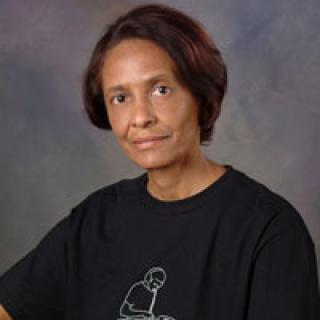