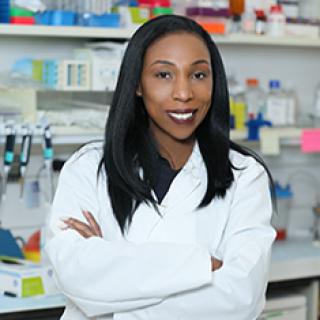 The Tanner lab focuses on understanding the metastatic traits that allow tumor cells to colonize secondary organs. Our interdisciplinary team includes physicists, engineers and cancer biologists. We have determined that cells can switch between different types of motility namely rotation, random and amoeboid when placed in 3D biomimetic platforms. We have linked the type of motility to the establishment of distinct multicellular architectures and tissue polarity. We leverage our expertise in optical microscopy to uncover in vivo mechanisms of metastasis using zebrafish as an animal model. Our current studies are focused on understanding how physical cues from the tissue microenvironment drive organ specific metastasis.

We seek to link the lessons learned from epithelial morphogenesis to dissect the mechanisms by which tumor cells can colonize distant organs by directly visualizing single cell dynamics in thick tissues. By treating  newly-formed neoplasms as new organs, we aim to dissect the physico-chemical processes involved in this de novo “tumor organogenesis”. Our analysis of epithelial morphogenesis using live imaging has revealed that cells can undergo three-dimensional (3D) specific motility to assemble into multicellular tissues. Our group seeks to uncover how adult cells sense a change in dimension and then conveys that to its progeny to understand the mechanisms by which an adult cell can use these different motilities to remodel existing tissue architecture. To quantify minute forces, the laboratory utilizes a battery of biophysical and molecular approaches: optical tweezers, multi-photon microscopy, sub-cellular protein visualization in fixed and living cells and tissues, fluctuation correlation data analysis, and mathematical modeling of complex cell dynamics within thick tissues.

To fully evaluate the dynamic nature of metastatic disease, we have developed new 3D culture models which incorporate architectural complexity. Using well-defined extracellular matrix ligands to mimic physiological tissue we developed tools that directly quantitate the physical cues that a cell will see in vivo within native tissue, and in the presence of physiologic noise. To achieve in vivo characterization, we designed and built a microscope that employed active microrheology optical trapping in vivo to quantitate mechanical heterogeneities in living zebrafish with micrometer spatial resolution. More recently, our investigations into cancer cell specific, non-random metastatic colonization to distal organs, organotropism, ((ex. breast cancer cells preferentially colonize bone marrow and brain whereas uveal melanoma preferentially colonize the liver) has yielded new insights which challenge previous findings and could provide guidance for the development of new therapeutic strategies. 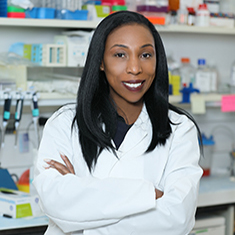 Kandice Tanner received her doctoral degree in Physics at the University of Illinois, Urbana-Champaign under Professor Enrico Gratton. She completed post-doctoral training at the University of California, Irvine specializing in dynamic imaging of thick tissues. She then became a Department of Defense Breast Cancer Post-doctoral fellow jointly at University of California, Berkeley and Lawrence Berkeley National Laboratory under Dr. Mina J. Bissell. Dr. Tanner joined the National Cancer Institute as a Stadtman Tenure-Track Investigator in July, 2012, where she integrates concepts from molecular biophysics and cell biology to learn how cells and tissues sense and respond to their physical microenvironment, and to thereby design therapeutics and cellular biotechnology. She received tenure at NIH in 2020. For her work, she has been awarded the 2013 National Cancer Institute Director’s Intramural Innovation Award, the 2015 NCI Leading Diversity award, Federal Technology Transfer Award in 2016 and 2018, the 2016 Young Fluorescence Investigator award from the Biophysical Society, and named as a Young Innovator in Cellular and Molecular Bioengineering in 2016 by the Biomedical Engineering Society. She also maintains strong connections with the extramural community through service as an editorial board member of Scientific Reports and Physical Biology.  She currently serves on the Committee for Inclusion and Diversity of the Biophysical Society.