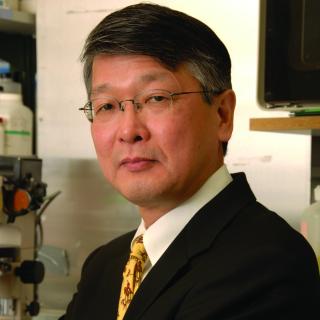 In 1985, using an in vitro drug testing system involving human target cells that Dr. Hiroaki Mitsuya created, he showed for the first time that azidothymidine (AZT) had potent anti-HIV activity in vitro. Based on such data, AZT was ultimately selected for a clinical trial at the NCI and Dr. Mitsuya collaborated in a series of clinical studies, establishing AZT as the first drug for AIDS therapy. Concomitantly, Dr. Mitsuya discovered that 2',3'-dideoxynucleosides (ddNs) were active as a "family" against human immunodeficiency virus (HIV). Of these, ddI and ddC ultimately came into clinical use as important anti-HIV drugs.

Since these epochal studies, Dr. Mitsuya has continued to produce important insights into the therapy of HIV/AIDS.

Development of Therapeutics for HIV Infection and AIDS

This significant progress was possible mainly with combination chemotherapy using NRTIs with PIs or NNRTIs (highly active antiretroviral therapy or HAART). In 1985, utilizing an in vitro drug testing system involving human target cells Dr. Mitsuya created by himself, Dr. Mitsuya showed for the first time that AZT had potent anti-HIV activity in vitro. Based on such data, AZT was ultimately selected for the clinical trial at the NCI and he collaborated in a series of clinical studies, establishing AZT as the first drug for AIDS therapy. Concomitantly, Dr. Mitsuya discovered that 2',3'-dideoxynucleosides (ddNs) were active as a 'family' against HIV. Of these, ddI and ddC ultimately came into clinical use as important anti-HIV drugs. Dr. Mitsuya also showed that ddNs served as substrates for HIV reverse transcriptase, which upon interaction with the latter undergoes viral DNA chain termination, and the ddNs become active against a number of human retroviruses under certain conditions, thus establishing the general conditions for the antiretroviral effect of ddNs.

Since these epochal studies, Dr. Mitsuya has continued to produce important insights into the therapy of AIDS. In 1990s, Dr. Mitsuya showed for the first time that NRTIs can be classified into two groups: (i) cell-activation-dependent ddNs such as AZT and 2',3'dideoxy-2',3'-didehydrothymidine (d4T) that are preferentially phosphorylated, yield higher ratios of ddN 5'-triphosphate (ddNTP)/2'-deoxynucleoside 5'-triphosphate (dNTP), and exert more potent anti-HIV activity in activated cells than in resting cells; and (ii) cell-activation-independent NRTIs including ddI, and ddC that produce higher ratios of ddNTP/dNTP and exert more potent activity against the virus in resting cells. These findings have provided the basis for the design of currently available combination chemotherapy with NRTIs.

Another major focus of Dr. Mitsuya's research is the drug-resistant HIV problem. In 1992, Dr. Mitsuya showed that HIV develops resistance to AZT more readily than ddI and ddC and that HIV develops a set of novel mutations, which confer multidrug resistance (MDR) on HIV. Dr. Mitsuya and his group have continued and extended the study of MDR HIV variants. In response to the drug-resistant HIV problems and in collaboration with intramural and extramural scientists, Dr. Mitsuya's group has identified several promising protease inhibitors (PIs), which are extremely potent against wild-type HIV and HIV variants resistant to various PIs. One such PI is darunavir (DRV/TMC-114/Prezista), which was designed, synthesized and identified in collaboration with Professor Arun K. Ghosh of Purdue University.

DRV, unlike other PIs, binds to the main chains of the protease active site amino acids, a unique property, presumably enabling DRV to be active against multi-PI-resistant HIV variants. Most recently, Dr. Mitsuya and his group discovered that DRV and its related compounds strongly block the dimerization process of HIV protease, an essential process for HIV replication, using the FRET-based HIV expression system Dr. Mitsuya's group generated. Indeed, DRV, used with other drugs in combination, has been significantly benefiting a number of patients harboring multi-drug resistant HIV variants, whose clinical conditions would have been otherwise acutely deteriorating. DRV appears to have embodied a breakthrough in the struggle against the notorious obstacle of current AIDS therapy: multi-drug-resistant HIV variants. The dual antiviral function of DRV, inhibiting protease subunit dimerization as well as protease enzymatic activity, appears to explain why DRV is such a highly effective anti-AIDS therapeutic and differentiates itself from many of other 'conventional' PIs. The development of DRV, the fourth AIDS drug developed at the NCI, was selected as one of the top two advances by the NCI in 2007 and this advance was sent to HHS for inclusion in the "Major Accomplishments by the NIH-2008".

Dr. Mitsuya and his group have a wide range of scientific and practical interests in a number of modalities of antiretroviral intervention and both national and international active collaborations are always in progress.

Mechanism of Darunavir (DRV)'s High Genetic Barrier to HIV-1 Resistance: A Key V32I Substitution in Protease Rarely Occurs, but Once It Occurs, It Predisposes HIV-1 To Develop DRV Resistance 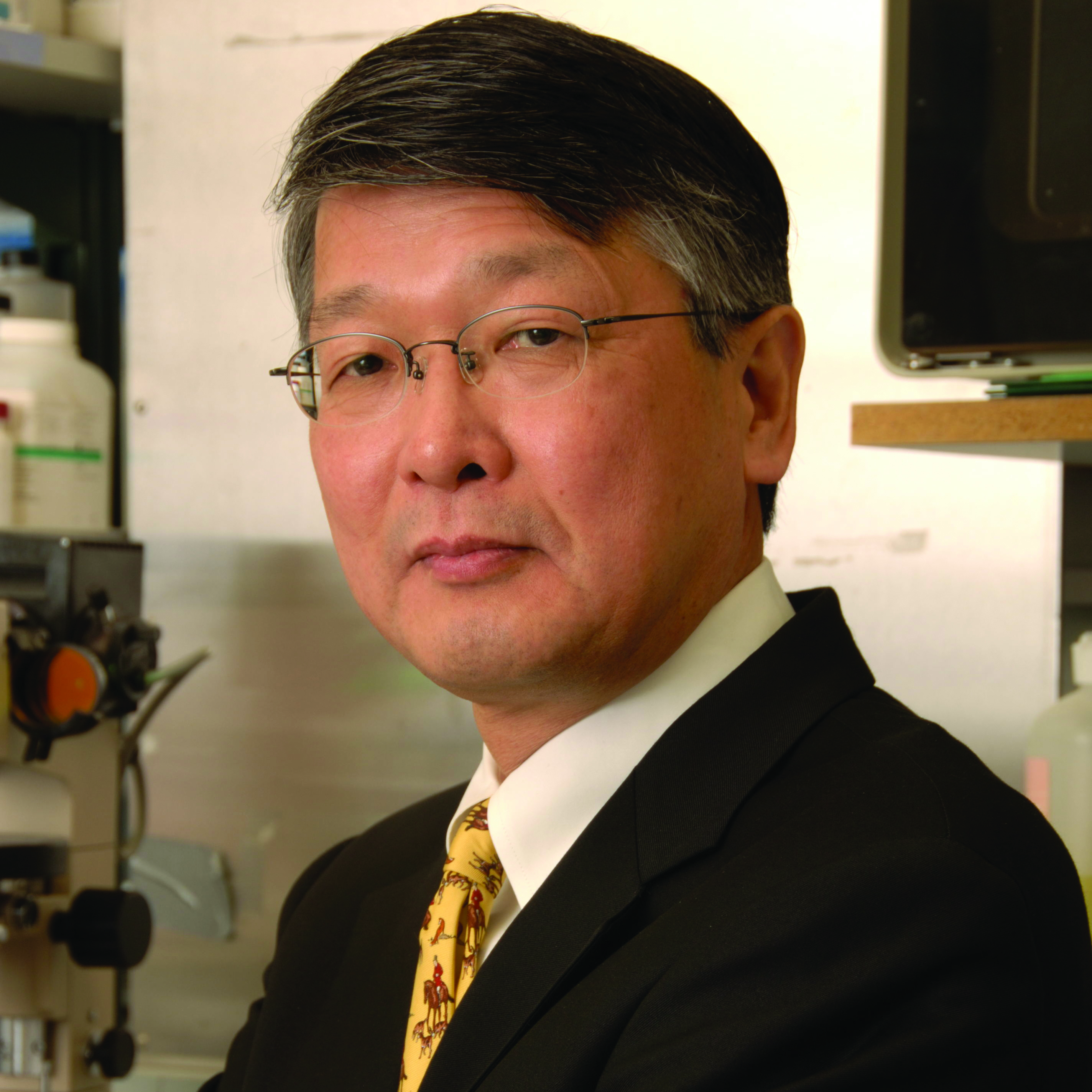 Dr. Hiroaki Mitsuya obtained his M.D. and Ph.D. in Kumamoto University School of Medicine in Japan. After receiving immunology/hematology/oncology training at Kumamoto University Hospital, Dr. Mitsuya joined the National Cancer Institute in 1982 and began studying the outcomes of infection by human T cell leukemia virus type 1, the first known human pathogenic retrovirus. In 1984, Dr. Mitsuya steered his attention to human immunodeficiency virus or HIV. In 1985, he identified three nucleoside reverse transcriptase inhibitors (NRTIs: 3'-azido-2',3'-dideoxythymidine or AZT, 2',3'-dideoxyinosine or ddI, and 2',3'-dideoxycytidine or ddC) now widely used in the treatment of acquired immunodeficiency syndrome (AIDS), and guided much of their preclinical development. Dr. Mitsuya has been chief of the Experimental Retrovirology Section since 1991. 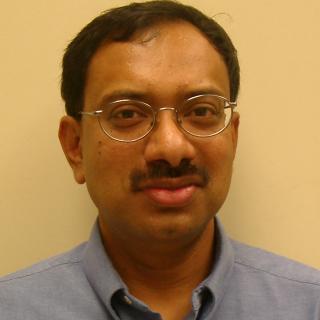