Sandra Wolin studies the biogenesis, function and turnover of noncoding RNAs. Her laboratory has identified proteins that recognize misfolded and otherwise defective RNAs. By studying a bacterial ortholog of one such protein, the ring-shaped Ro60 autoantigen, they discovered that this protein is tethered by noncoding “Y RNA” to a ring-shaped nuclease, forming a double-ringed ribonucleoprotein machine specialized for structured RNA degradation. The laboratory is characterizing this new RNA degradation machine, identifying additional roles for Ro60 and Y RNA in both human cells and bacteria, and uncovering other pathways by which defective and damaged RNAs are recognized and degraded.

Our laboratory studies how noncoding RNAs function, how cells recognize and degrade defective noncoding RNAs, and how failure to degrade these RNAs affects cell function and contributes to human disease. Most cellular RNA does not encode proteins, and truncated, misfolded and aberrant RNAs can accumulate due to mutations, transcriptional errors and processing mistakes. Some forms of environmental stress, such as exposure to oxidants and ultraviolet light, result in RNA damage, yet little is known of how damaged RNAs are recognized and handled.

One pathway that we study involves noncoding RNA-protein complexes known as Ro60 ribonucleoproteins (RNPs). These RNPs are clinically important targets of the immune system in patients suffering from two rheumatic diseases, systemic lupus erythematosus and Sjögren’s syndrome. The major protein component, the ring-shaped Ro60 autoantigen, is present in most animal cells and ~5% of bacteria. In all studied organisms, Ro60 binds noncoding RNAs called Y RNAs. By studying Ro60 in bacteria, we discovered that this protein is tethered by Y RNA to a ring-shaped nuclease, forming a double-ringed RNP machine specialized for structured RNA degradation. We showed that Ro60 contributes to survival of both mammalian cells and bacteria in the presence of stresses, such as ultraviolet light, that damage nucleic acids. We also provided evidence that bacterial Ro60 RNPs may act through molecular mimicry to trigger autoantibody formation in susceptible patients. Our current goals are to uncover additional roles for Ro60 and Y RNAs in both mammalian cells and bacteria. We are also studying ways in which this and other RNA surveillance pathways contribute to normal cell physiology and diseases such as cancer.

While much is known as to how DNA damage contributes to carcinogenesis, less is known about the effects of RNA damage. Many environmental agents that damage DNA also affect RNA integrity and alter RNA pools. For example, UV irradiation causes RNA-protein crosslinks and increases transcription of retrotransposons. Many common chemotherapeutics, such as mitomycin C and bleomycin, also damage RNA. By uncovering novel mechanisms by which cells deal with the effects of RNA damage, our work could advance understanding of the paths that lead to cancer and increase knowledge as to how chemotherapeutic agents function.

Our group has an opening for a postdoctoral fellow. Please send your C.V., a statement of research interests and the names of three references to sandra.wolin@nih.gov

Dr. Wolin received her A.B. in Biochemical Sciences from Princeton University, her M.D. from the Yale School of Medicine and her Ph.D. degree from the Department of Molecular Biophysics and Biochemistry at Yale University. She carried out postdoctoral training with Peter Walter at the University of California San Francisco, where she devised an early ribosome profiling method.  She returned to the Yale School of Medicine as an Assistant Professor, and rose to the rank of Professor in the Departments of Cell Biology and Molecular Biophysics and Biochemistry.  From 2014-2017, she served as Director of the Yale Center for RNA Science and Medicine. She joined the NCI in 2017 as Chief of the newly formed RNA Biology Laboratory.  She is an elected Fellow of the American Association for the Advancement of Science and the American Academy of Microbiology. 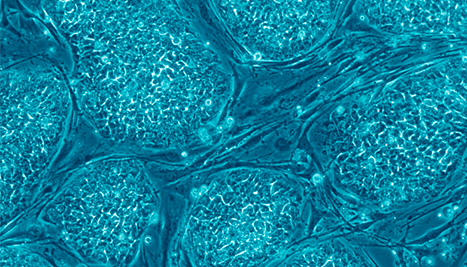 CCR researchers have found that the RNA exosome plays an important role in restraining differentiation of human embryonic stem cells (ESCs). Differentiation is the process by which human ESCs cells develop into the three germ layers that form the body: endoderm, mesoderm and ectoderm. All tissues and organs in the body can be formed from human ESCs.

This laboratory research is the first time that the RNA exosome has been studied in human ESCs as opposed to progenitor cells, which are more mature cells that have already begun to differentiate into a specific cell type. This study, led by Sandra L. Wolin, M.D., Ph.D., Chief of the RNA Biology Laboratory, appeared July 15, 2019, in the Journal of Cell Biology.

CCR scientists have discovered that a protein produced by bacteria that naturally inhabit our bodies may trigger the autoimmune disease lupus. The results of the study could unveil an entirely new set of drug targets for treating lupus and other autoimmune diseases. Read more…