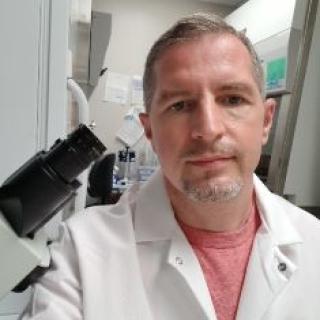 Dr. Majerciak's research focuses on the contribution of virus infection to the development of human cancers with emphasis on the regulation of viral and host expression in transformed cells. In his work, he identified the Kaposi’s sarcoma-associated herpesvirus (KSHV) ORF57 protein as a major regulator of KSHV gene expression and uncovered the molecular mechanism of ORF57 action. He also pioneered the use of next-generation sequencing techniques to perform a comprehensive analysis of the transcriptome of several oncogenic viruses including members of the herpesvirus and papillomavirus families.

KSHV infection is associated with several human malignancies including Kaposi’s sarcoma, primary effusion lymphoma, and multicentric Castleman’s disease. Like other herpesviruses, KSHV has a large DNA genome encoding up to 100 genes that are expressed in a tightly regulated manner. We have identified KSHV ORF57 as a master regulator of KSHV gene expression that is essential for virus replication. ORF57 acts at the posttranscriptional level by enhancing stability, splicing, and translation of viral RNAs. We also found that these pleiotropic activities of ORF57 are mediated by its unique structure consisting of an intrinsically disordered N-terminal domain (NTD) and a structured C-terminal domain (CTD). This structural composition allows ORF57 to simultaneously interact with target RNAs and host cellular RNA-binding proteins via its NTD. We recently resolved the dimerized CTD structure of ORF57 at 3-angstrom resolution and are currently working on the structure of the ORF57 NTD complex with target RNAs.

Viruses are intracellular parasites that use cellular machinery for the expression of viral proteins. However, the detailed architecture of the viral transcriptome remains poorly characterized. Using a combination of existing sequencing techniques and our newly developed NGS  techniques, we performed comprehensive analyses of the viral transcriptomes of KSHV, EBV, HPV16, HPV18, MmuPV1, CRPV, etc. These data led to a better understanding of the host regulation of viral genome expression and viral pathogenesis. 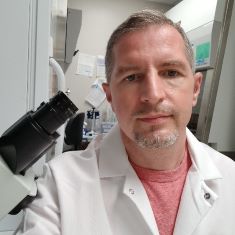 Dr. Majerciak earned his Ph.D. in virology from Comenius University and the Institute of Virology, Slovak Academy of Sciences in Bratislava, Slovakia, where he studied the virulence factors of Marek’s disease virus under the supervision of Dr. Vladimir Zelnik.  His current research is mainly focused on Kaposi’s sarcoma-associated herpesvirus (KSHV) and KSHV RNA-binding protein ORF57.  Recently, he has expanded his study to include other tumor viruses, with a focus on virus-host interactions, viral protein structure, and viral transcriptome profiling.  He was promoted to Staff Scientist in 2011 and to Associate Scientist in 2019.  In addition to mentoring all postbacs and newly arrived postdocs in the Zheng lab, he has been an active member of the CCR Staff Scientist/Staff Clinician Organization and its conference- planning committees, including the annual CCR HIV/AIDS & Cancer Virology Think Tank and other meetings.  He is an editorial board member of the Journal of Medical Virology and serves as a reviewer for the Journal of Virology, PLoS Pathogens, and Cell & Bioscience.