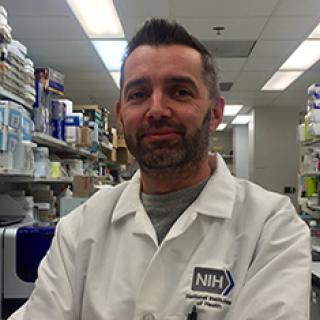 Dr. Cataisson's research expertise is centered on two interrelated areas. He uses mouse models to define pathways contributing to skin inflammation with special emphasis on the chemokine family binding CXCR2. In other studies, he is investigating the role of inflammation in the tumor microenvironment using epidermal squamous carcinoma as a model. 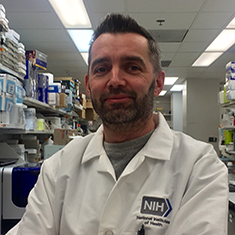 Dr. Christophe Cataisson received an M.S. diploma in cellular biology and physiology from the University Blaise Pascal, Clermont-Ferrand, France, in 1995. He then moved to the University of Jussieu, Paris, France, where he received his Ph.D. in December 2000 for his work on the regulation and function of the Parathyroid Hormone related Peptide (PTHrP) gene in human mammary cancer cells. In 2001, he joined the laboratory of Dr. Stuart Yuspa as a visiting fellow to work on the role of inflammation on skin carcinogenesis and was promoted staff scientist in 2008. Dr. Cataisson joined the research group of Dr. Luo in 2022.