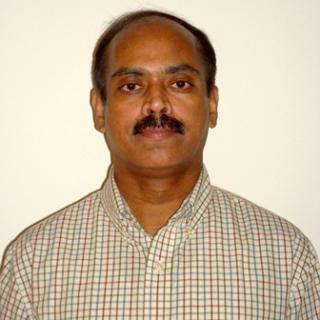 Dr. Waheed’s research is focused on understanding the role of host factors in human immunodeficiency virus type 1 (HIV-1) particle assembly and release. Several host factors are involved in late stages of the retroviral replication cycle. Understanding the role that cellular proteins and lipids play in HIV-1 assembly and release could lead to the design of novel drugs that target and disrupt these interactions, resulting in inefficient virus release and a block to virus replication.

There are several host restriction factors that protect mammalian cells from viral infection. Tetherin (also known as CD317 or BST2) is an interferon-inducible type II transmembrane protein that prevents the release of a variety of enveloped viruses by directly tethering the virions on the cell surface. Viruses have evolved mechanisms to counteract these host restriction factors. HIV-1 accessory protein Vpu, an 81-amino-acid integral membrane protein, counteracts tetherin activity and enhances virus particle release by downregulation of tetherin.

The antagonism of human tetherin by Vpu is associated with proteasome- and lysosomal-mediated degradation. The Vpu-mediated degradation of tetherin is cell type specific, as our recent studies show Vpu markedly increases tetherin expression in agm kidney (COS) cells, apparently by sequestering it in an internal compartment that bears lysosomal markers.

Budding of viruses from the plasma membrane of infected cells is required for spreading infections, and expression of Pr55Gag is necessary and sufficient for the production of virus-like particles. For HIV-1, the budding process requires a direct interaction between the Pro-Thr-Ala-Pro (PTAP) motif in the p6 domain of Gag and the cellular endosomal sorting protein Tsg101. Mutation of the PTAP motif or depletion of Tsg101 severely disrupts HIV-1 budding. Thus, the Gag-Tsg101 interaction is essential for efficient HIV-1 release; disruption of this interaction could potentially serve as a therapeutic target for the development of novel drugs against HIV-1.

We have developed a fluorescence polarization (FP)-based assay to monitor the interaction between PTAP-containing peptide and the ubiquitin E2 variant (UEV) domain of Tsg101. Using this PTAP-Tsg101 binding assay, we performed quantitative high-throughput screening (qHTS) of ~380,000 compounds from the Molecular Libraries Small Molecule Repository (MLSMR) and picked about 100 active compounds that inhibit PTAP-Tsg101 interaction. We are currently testing the activity of these compounds in cell-based assays to identify potential inhibitors of HIV-1 budding.

Inhibition of HIV-1 replication by amphotericin B methyl ester: Selection for resistant variants 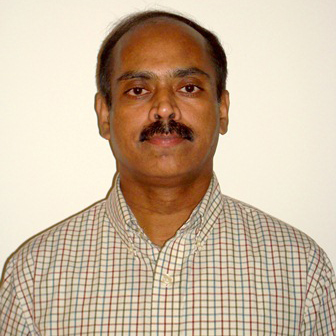 Dr. Abdul Waheed is an Associate Scientist in Dr. Eric Freed's lab in the Virus-Cell Interaction Section, HIV Drug Resistance Program, NCI-Frederick.  He received his Ph.D. in Membrane Biochemistry from the University of the Ryukyus, Okinawa, Japan in 1999.  During his postdoctoral training at Tokyo Metropolitan Institute of Gerontology, Tokyo, Dr. Waheed showed the specific binding of theta-toxin (perfringolysin O) to cholesterol in lipid rafts.  He joined the National Institute of Diabetes and Digestive and Kidney Diseases in 2001, where he worked on the role of lipid rafts in G-protein signaling.  Since 2003 he has been working on host-factors involved in HIV-1 replication and small-molecule inhibitors of HIV-1 replication in the Freed lab.  Dr. Waheed was appointed as Lead Guest Editor in 2020 for a special issue of Viruses on Molecular Determinants of Enveloped Virus Assembly, in 2014 for a special issue of Current Topics in Medicinal Chemistry on Current and Emerging Drug Targets for Human Immunodeficiency Virus, and in 2012 for a special issue of Molecular Biology International on Host-Pathogen Interactions of Retroviruses.  He also serves as an Editorial Board member of Antivirals and Antiviral Therapy, International Journal of Virology and AIDS, Journal of Virology and Antiviral Research, and The Scientific World Journal.  Dr. Waheed was promoted to Staff Scientist in 2016 and Associate Scientist in 2019.