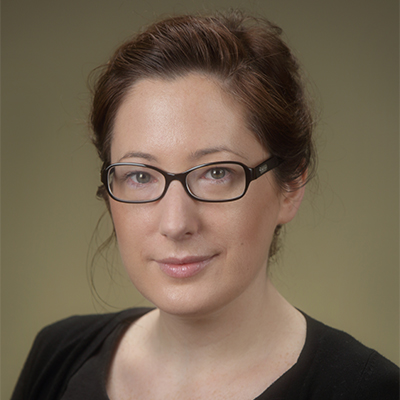 Bríd Ryan, Ph.D., M.P.H., is an NIH Stadtman Investigator in the Laboratory of Human Carcinogenesis at the Center for Cancer Research. While in her home country of Ireland more than a decade ago, she became interested in gaining research experience abroad when she happened across news of a fellowship opportunity at CCR. She has been working at CCR ever since with a focus on health disparities related to lung cancer across different populations.

What are your current research interests?

One part of my work is focused on health disparities. In the United States, there is this disparity between incidence and survival for African Americans compared to European Americans with lung cancer. These disparities were first described in the literature in the 1970s, and since then no one has really understood why they are occurring. If we don’t know why they are occurring, we can’t really reduce the disparity. So, in the lab we’re trying to look at what we know about what causes lung cancer and what we know about different backgrounds and exposures to environmental factors to try and answer why these disparities exist.

What important findings have you uncovered through this research?

One of our studies identified two genes in the same pathway that were mutated in about 30 percent of African American patients, and that pathway is rarely mutated in European Americans. By including this underrepresented population in our study, we found a core difference in tumor biology that we would not have discovered otherwise. This is why it’s important to include all populations in this type of genomic research so that there can be the potential for population-specific targeted advances as well.

What are the future directions of your work?

We are taking the discoveries that we have made in terms of population differences and trying to translate them further. The pathway that is more mutated in tumor samples from African Americans is highly targetable. There are already drugs out there that can target this pathway, such as STAT and JAK inhibitors. If the drug we have in mind works out, it could have the potential to improve outcomes for African American patients. Now we need to do the preclinical experiments to see if that’s true.

We’re also currently in the process of collaborating with people in Alaska and hopefully starting to ask similar questions about disparities in Alaska Natives, which is a very, very underrepresented population, not just in lung cancer research, but also in genomic research.

What aspects of this upcoming research are you most excited about?

I am really excited about our preclinical study because it’s all about translation and impact. So, we made this discovery, now how can we make it useful in terms of leveraging what we just discovered to improve patient outcomes? To us, it is the natural next step, and we’re excited that we’re in an environment where we can do it and collaborate with colleagues to get to that point.

How does the environment at CCR support your research?

I do genuinely feel that the environment around us is one of support. I’ve been able to take on another bigger and broader project, and I never would have had that chance if I wasn’t at CCR. I’m very grateful for that.

CCR has always had an eye for what’s coming next, whether it be new technologies or new research themes. There are very few times when you need a resource and you have to go somewhere else to get. I’ve always been impressed with that.

Genomic profiles of lung cancer differ based on ancestry