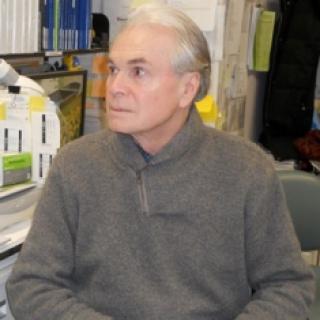 Our overall goal is to understand why particular chromosomal regions and genes are prone to generate genomic disorders. Relevant specialized features of the human genome, including some that are especially relevant to cancer, have increasingly become the focus of my research. Involved are: 1) aspects of gene duplication and evolution and 2) specialized features of mitosis -- particularly the centromere structure and function that underlie proper chromosome segregation.

Our overall goal is to understand why particular chromosomal regions and genes are prone to generate genomic disorders. Relevant specialized features of the human genome, including some that are especially relevant to cancer, have increasingly become the focus of our research. Involved are: 1) aspects of gene duplication and evolution and 2) specialized features of mitosis -- particularly the centromere structure and function that underlie proper chromosome segregation. The first of these topics, gene duplication and evolution, is the basis for divergence and in some cases for the supply of variants of genes that predispose to cancer. The second topic, centromere structure and function, is directly involved in processes that, when aberrant, lead to aneuploidy and polyploidy, which are hallmarks of many cancers.

Diversifying selection, which accelerates genetic variation, affects a subset of genes, most of which are involved in host defense and sexual reproduction. However, recent studies suggest that diversifying selection may also act on tumor suppressor genes. Because most tumors develop in organisms that are well past their reproductive prime, the tumor phenotype is not likely to be subject to natural selection. Thus, selective pressures on tumor suppressor or tumor-promoting genes most likely relate to another physiological role, possibly in early development or another life stage of the organism. The hypothesis of "developmental evolution" suggests that multifunctional genes that play a role in adaptive evolution are also associated with disease predisposition.

Analysis of these data showed that three genes, ASPM, BRCA1, and SPANX have been subject to diversifying selection in recent history. Interspecies protein sequence comparisons provided evidence of accelerated evolution at ASPM, possibly prior to brain size expansion in hominids. Because positive selection acts only when the fitness of the organism increases or decreases, these data are consistent with the hypothesis that ASPM is a key determinant of brain size in hominids. Our recent studies also showed that ASPM is expressed in all adult tissues, and that it is up-regulated in a wide variety of cancers. Given the rapid evolution of ASPM, additional studies are needed to clarify its role in carcinogenesis.

Our recent discovery of the amplification of the SPANX gene family at the Hereditary Prostate Cancer on chromosome X (HPCX) locus suggests that these genes could still be evolving in humans. It is intriguing that SPANX genes reside within 20-100 kb segmental chromosomal duplications (SDs) with a high level of sequence similarity. It is well documented that SDs mediate ectopic interactions leading to chromosomal rearrangements such as duplications, deletions, and inversions. These observations suggest that the predisposition to prostate cancer in some HPCX families may have resulted from genomic rearrangements mediated by SDs. Additional studies are in progress to characterize such rearrangements in the SPANX gene cluster.

Centromeric regions of mammalian chromosomes exhibit a high rate of evolutionary change. Despite their importance for proper chromosome segregation, the structure and function of human centromeres remain relatively poorly understood. This is at least in part because of the highly repetitive nature of centromeric DNA, which has made it difficult to clone, sequence and study. However, two independent groups recently reconstituted a functional human centromere using centromere-derived alphoid DNA arrays. This accomplishment has made it possible to construct human artificial chromosomes (HACs) and to begin to analyze the structural requirements for de novo kinetochore formation.

Earlier studies suggested that higher-order repeat alphoid DNAs (HORs) containing CENP-B boxes (17 bp binding sites for CENP-B) were sufficient for HAC formation, but technical issues interfered with more detailed studies of the structural requirements for centromere function. To address these needs, a new strategy was developed in our section to manipulate alphoid DNA arrays using RCA-TAR. This approach involves two steps: rolling circle amplification (RCA) of an alphoid DNA dimer and assembly of the amplified fragments by transformation-associated recombination in yeast (TAR). Because the alphoid DNA sequence can be manipulated before the amplification step, it is possible to introduce mutations, insert recognition sites for DNA-binding proteins, or otherwise vary the alphoid DNA sequence and/or structure. Using this system, synthetic alphoid DNA arrays from 30 to 140 kb have been generated and characterized. This work provided the first information on the minimal alphoid DNA sequence required to seed a functional kinetochore.

Recently, we exploited the RCA-TAR technique in order to develop a new generation of HACs with a conditional centromere. A synthetic alphoid DNA array in these HACs resembles normal centromeric repeats, but contains a tetracycline operator sequence in every second alphoid monomer. This allows the targeting of a wide range of proteins into the functional centromere as fusions to tetracycline repressor; some of them disrupt kinetochore structure and function. These HACs are now being used to investigate the protein interactions within the kinetochore and to define the epigenetic signature of centromeric chromatin. They may also be useful for gene therapy research and for other applications. 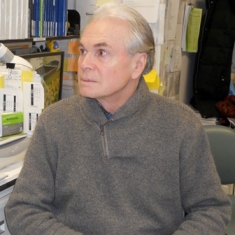 Dr. Larionov received his Ph.D. in biochemistry and molecular biology at the Institute of Experimental Medicine, Russian Academy of Medical Sciences, where Dr. Solomon Neifakh supervised his graduate studies of extra-chromosomal elements in the yeast S. cerevisiae. Following a fellowship with Dr. Alexander Bayev at the Institute of Molecular Biology, Dr. Larionov was selected to set up a new laboratory for genetic engineering in the Institute of Cytology, Russian Academy of Sciences. There, he focused on the genetic determinants of mitotic chromosome transmission in yeast, and developed new molecular and genetic approaches to identify and study the genes controlling chromosome replication and segregation. In 1991, Dr. Larionov moved to the USA and joined the Laboratory of Molecular Genetics at the National Institute of Environmental Health Sciences (NIEHS), NIH, in North Carolina. He concentrated on solving two key problems plaguing the Human Genome Project: the frequent gross instability of cloned human DNA, and the difficulties of cloning genes directly. Dr. Larionov made major advances on both fronts. First, he developed yeast strains in which the processes that tend to scramble cloned human DNA were inactivated. Second, he developed a completely new gene cloning strategy, which he named TAR cloning (TAR stands for transformation-associated recombination). This novel strategy allows the isolation of any human gene or locus directly from complex genomes without constructing and further screening genomic libraries. The NIH has patented the TAR cloning. In 2000, Dr. Larionov joined the NCI as the chief of the Genome Structure and Function Section in the Laboratory of Biosystems and Cancer (LBC) headed by Dr. Carl Barrett. In 2006, Dr. Larionov's section joined the Laboratory of Molecular Pharmacology (LMP) headed by Dr. Yves Pommier. At the NCI, Dr. Larionov has focused on two research areas: 1) gene duplication, evolution, diversifying selection, and cancer, and 2) human artificial chromosomes for functional and structural analysis of the human kinetochore and for a regulated gene expression.