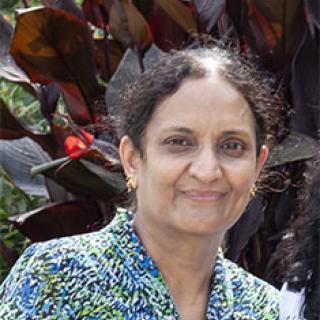 Sphingolipids are essential structural components of membranes and are also bioactive lipids that regulate diverse cellular functions.  We aim to elucidate physiological functions for these lipids, define mechanisms that integrate these functions with other cellular processes and understand networks that maintain sphingolipid homeostasis.  We combine genetic, molecular, biochemical and cell biological approaches and our model systems include fruit flies, mammalian cells and mice.  Links between sphingolipid imbalances and human pathologies underscore the importance of sphingolipid homeostasis and we hope that understanding these mechanisms will provide opportunities for therapeutic strategies to treat diseases including sphingolipidoses, neurodegeneration, cancer, metabolic syndrome and diabetes.  Our current focus is on two Drosophila lipases that play critical roles in increased ceramide environment.  The goal of our current research is to understand how triglyceride homeostasis is maintained by these lipases in physiological and pathophysiological states. Specifically, we wish to dissect how these lipases act non-autonomously, what components and pathways are involved and how accelerating fat catabolism through them could be beneficial in models where triglycerides accumulate. 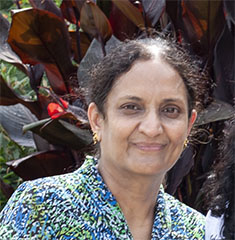 Usha Acharya received her Ph.D. in Biochemistry in 1993 from the Indian Institute of Science in Bangalore, India under the supervision of Professor Appaji Rao. She was a post-doctoral fellow in Dr. Vivek Malhotra’s laboratory working on the Golgi Complex assembly and membrane trafficking at the University of California, San Diego from 1993 to1999.  Subsequently, she worked in the Regulation of Cell Growth Laboratory at the National Cancer Institute from 1999-2004. Dr. Acharya joined the Molecular, Cell and Cancer Biology Department at the University of Massachusetts Medical School, Worcester in 2004 as an Assistant Professor and headed the Molecular Genetics of Lipid Metabolism and Signaling Laboratory until her move to CDBL, NCI Frederick in 2019.

Sphingosine kinases and their metabolites modulate endolysosomal trafficking in photoreceptors