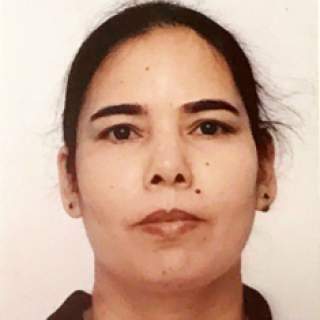 Exosomes or extracellular vesicles (EVs) are shed by all kinds of cells, and recent research has shown that exosomes play a major role in cell-cell communication and also are associated with disease progression such as cancer metastasis. Dr. Kaur discovered that CD47, which is known as the “don’t eat me” signal and which is upregulated in many cancers, is also present on exosomes. Her major interest is to explore the role of exosome-associated CD47 in breast and prostate cancers.

Non-coding RNA Biogenesis:  Non-coding RNA (ncRNA) has been implicated in development activities such as embryogenesis, differentiation, growth control, and programmed cell death. Altered expression of miRNA leads to disarrangement of cellular mechanisms in diseases such as cancer. Changes in expression profiles of ncRNA have been identified as potential biomarkers for cancer. Understanding the novel role of CD47 receptors in the regulation of ncRNA biogenesis using global ncRNA-Seq and ncRNA microarray expression levels in normal and cancer exosomes from various cell lines such as breast, colon, ovary, small lung carcinomas, and melanomas is one area of interest. 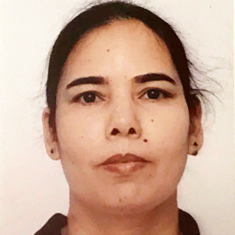 Dr. Kaur was a predoctoral fellow with Dr. Ramani Ramchandran at NCI. She then took a postdoctoral fellowship in the Genome Technology Branch at the National Human Genome Research Institute (NHGRI) where she developed an interest in miRNAs and non-coding RNAs. Later, she joined Dr. David Roberts' group, the Biochemical Pathology Section, eventually becoming a staff scientist. Dr. Kaur has received many awards, including the Director's Innovation Award, the NIH Mentoring Award, and technology transfer awards.

Her research interests include exploration of differential regulation of CD47 in cancer versus normal stem cells as well as cell-cell communication via exosomes and their functional role in cancer. In addition to this, she is interested in miRNAs and non-coding RNAs, RNA-Seq data analysis, and the downstream bioinformatics analyses.