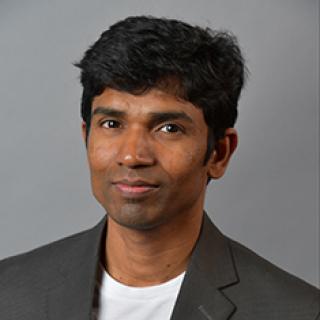 Dr. Gara is interested in exploring and identifying novel drug candidates and molecular pathways that are critical for initiation and progression of thoracic malignancies and eventually translate his research findings to develop new clinical trials in the branch that facilitate better outcomes for patients with these neoplasms. He employs wide varieties of techniques, methodologies and the state of art next generation sequencing in an induced pluripotent stem cell model of thoracic cancers.  Additionally, he is passionate towards mentoring summer interns, postbacs and postdoctoral fellows in the branch.

Integration of whole genome wide approaches to the analysis of gene regulation and progression of adrenocortical carcinoma. 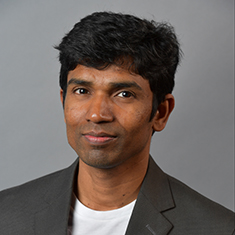 Dr. Gara obtained his master’s degree in Biological Sciences and Bioengineering from the Indian Institute of Technology (IIT-Kanpur), INDIA where he discovered “Hydrophobic Amino acid Substituted GTPases (HAS-GTPases)” and their implications for GTP hydrolysis in the context of oncogenic Ras mutants under the supervision of Dr Balaji Prakash. Later, he moved to Germany with a full international graduate research fellowship to pursue his doctoral studies under the mentorship of Drs. Mats Paulsson and Raimund Wagner at the Institute of Biochemistry, University of Cologne. He identified and functionally characterized the expression of three novel collagen VI chains α4, α5 and α6 and their implications towards collagen VI associated muscular dystrophies. He then moved to the National Cancer Institute, NIH as a postdoctoral fellow in Dr. Li Yang’s laboratory where he identified that myeloid specific TGF-β signaling is a critical mediator of tumor metastasis, a very distinct and antagonistic role of the classical TGF-β signaling that was known from epithelial, fibroblasts and T cells for decades. He then joined Dr. Electron Kebebew’s laboratory at the CCR, NCI, NIH as a postdoctoral fellow and promoted to research fellow. In 2019, he joined as a Staff Scientist in Dr. David S. Schrump's lab at the Thoracic Surgery Branch, CCR, NCI.

Dr. Gara is a recipient of several awards including Fellows Award for Research Excellence (FARE), Outstanding Abstract Award from the Endocrine Society, Travel grants from the American Thyroid Associations and the International Thyroid Congress. He has been invited to present in multiple international conferences and currently serves on the editorial board of several leading journals in the field of cancer biology.