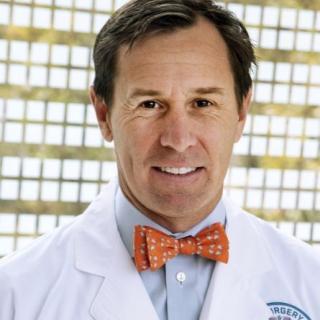 Dr. Carr is a clinically-oriented surgeon-scientist with extensive experience in minimally invasive approaches, especially robotic and endoscopic techniques, used in thoracic surgeries. He brings his significant experience in robotic surgery to bear on lung, esophageal and thymic tumors.

His research builds upon the understanding of tumor biology and the interplay of genetic and epigenetic contributions to the development of cancer. His goal is to identify genetic and/or epigenetic characteristics of an individual tumor that accurately predict prognosis and thus better tailor individualized therapy for patients after surgery. Eventually, these findings may translate into non-invasive means of earlier detection and/or screening.

My research interests are in genetic epidemiology and epigenetics.  I am looking to identify genes that contribute, either directly or indirectly, to the development of lung and esophageal cancers. This requires a multi-faceted approach that uses large population datasets to help identify areas of focus for further basic research.

The majority of thoracic malignancies spread from their primary site to the rest of the body via lymphatic channels, but cancers can also spread via the bloodstream. Why some tumors invade either the lymphatic or blood vessels while others do not is unclear. We plan to utilize microarray analysis of resected tumors to determine if there is a pathway or epigenetic signaling that leads to invasion and may allow for therapeutic targets for individualized treatment of tumors based on their aggressiveness.

While cigarette smoking is well established as the strongest risk factor for the development of lung cancer, there is supporting evidence that genetic factors also contribute. Previous research that I have carried out indicates that there appears to be a genetic contribution in some non-squamous cell lung cancers.

Further research was able to determine an individualized risk assessment for the development of lung cancer based on a complete family history.

We plan to analyze thoracic tumors from related family members to see what the genetic contribution might be to the development of cancer. This may allow for assistance in screening of other non-afflicted family members and could eventually aid in population screening. While the initial work has been done in lung cancer, we will continue to broaden the scope to include all thoracic malignancies. This requires a multi-faceted approach that uses large population datasets to help identify areas of focus for further basic research.”

Evidence for a genetical contribution to non-smoking-related lung cancer 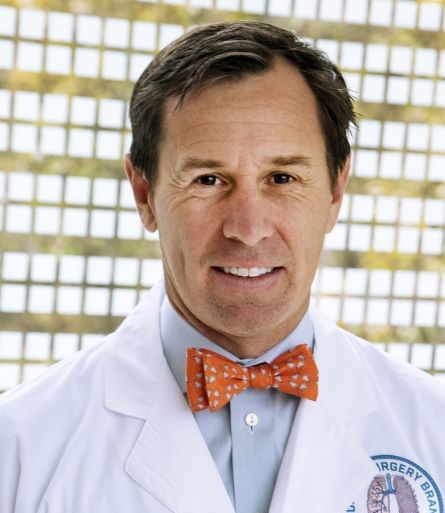 Dr. Carr graduated from the Geisel School of Medicine (formerly Dartmouth Medical School) in 1999. He completed his general surgical training at the Hospital of the University of Pennsylvania in 2006. He then served as the Department Head of Surgery at U.S. Naval Hospital, Guam, where he was awarded a Navy and Marine Corps Achievement Medal and a Navy and Marine Corps Commendation Medal.

After his honorable discharge, he completed his Thoracic Surgery residency training at the University of Pittsburgh Medical Center in 2011. After graduation, he served on the faculty as an Assistant Professor of Surgery at the University of Utah and Huntsman Cancer Institute as the Co-Director of Thoracic Oncology. In 2014 he left Utah to join the faculty at the University of Maryland School of Medicine as the Associate Chief, Division of Thoracic Surgery and Director of Robotic Surgery, where he won teaching awards and was named to the “Top Doctors” list in Baltimore, Maryland. He joined the staff at the NIH/NCI in the fall of 2020.

He is a fellow of the American College of Surgeons, a member of the Society of Thoracic Surgeons and the International Association for the Study of Lung Cancer.

He lives in Baltimore, Maryland, with his wife and 3 children. When not at the NIH, he can be found at youth lacrosse games or, weather permitting, skiing in the backcountry.