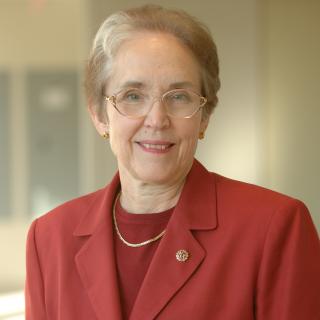 Interactions between chemical carcinogens and DNA, which result in damage to DNA, are considered a necessary, but not sufficient, early 'initiating' step in the process of chemical carcinogenesis. Our studies concentrated on mechanisms of interaction between chemical carcinogens, some of which are commonly used drugs, and DNA. Topics studied included both the extent of DNA adduct formation and persistence, and the biological consequences of DNA damage in cultured cells, animal models and human tissues. Information on DNA adduct processing in nuclear and mitochondrial DNA were correlated with specific effects of exposure, including tumorigenesis and human cancer risk, clinical response, specific toxicities and functional alterations in target organs and organelles. Having pioneered one of the earliest methodologies for measuring DNA damage in humans, we were interested in searching out themes that were common to both animal models and human subjects. We wanted to apply the knowledge gained to enhance or reduce a specific effect in humans, and to lower cancer risk through the use of chemoprevention. The carcinogens of intensive investigation included: polycyclic aromatic hydrocarbons (PAHs), which are environmental pollutants; tamoxifen (TAM), used for adjuvant chemotherapy; and the antiretroviral nucleoside reverse transcriptase inhibitors (NRTIs) used for therapy of human  immunodeficiency virus type 1 (HIV-1).

Our long-term studies in the area of PAH carcinogenesis demonstrated that DNA damage, caused by a family of carcinogenic PAHs, can be measured in a variety of human tissues by immunoassay, and can be localized in particular cell types by immunohistochemistry (IHC). We showed that human blood cell PAH-DNA adducts are formed as a result of dietary ingestion of PAHs, and increase or decrease as a function of the level of ingested PAHs. In addition, we found that PAH-DNA adducts from dietary exposure have a half-life of about a week in human blood cell DNA. When PAH levels in the diet are low, inhalation is a significant source of PAH exposure, and we reported that moving the same cohort from an area with a clean ambient environment to one that was much more polluted resulted in significant increases in blood cell PAH-DNA adduct levels. Pollution may vary by season, and we found a significantly higher level of blood cell PAH-DNA adducts in Mexico City in the dry season, when ambient PAH levels were the highest, compared to the rainy season. We showed localization of PAH-DNA adducts in all human tissues investigated, including placenta, cervix, vulva, prostate and esophagus, suggesting that PAH-DNA adducts have widespread distribution in human organs. In addition, we found PAH-DNA adduct formation in epidermis of Gulf of Mexico whales exposed to the 2010 Deepwater Horizon oil spill, and in the intestines of beluga whales from the St. Lawrence estuary, a target tissue for intestinal cancers believed caused by PAH contamination in the Saguenay River. With respect to human cancer risk, we demonstrated a three-fold increased risk of colorectal adenoma in individuals with the highest leukocyte PAH-DNA adducts, compared to polyp-free controls. These were, coincidentally, the individuals who consistently ate the largest quantities of the most heavily cooked beef. Taken together, our PAH studies suggest that PAH-DNA levels vary with PAH exposure, and decreasing PAH-DNA levels may decrease human cancer risk.

Cell culture studies using normal human mammary epithelial cell (NHMEC) strains explored the interindividual metabolic variability of the PAH benzo[a]pyrene (BP) and the pathways leading to DNA adduct formation. When NHMECs were cultured from 20 different individuals and exposed to BP, a known human carcinogen, broad interindividual variability was found for formation of the predominant DNA adduct BPdG, the induction of CYP1A1 and 1B1 RNA, and induction of the combined CYP1A1/1B1 enzyme (EROD) activity. Expression of CYP1A1 and CYP1B1, as gene abundance (copy levels/ng RNA), in NHMEC strains exposed to BP showed higher basal and BP-induced RNA copy number for CYP1B1, compared to CYP1A1, however only the CYP1A1 RNA levels correlated with formation of BPdG. Furthermore, EROD assay activity correlated with BPdG level, but activity of the detoxification enzyme NQO1 did not. Therefore, interindividual differences in BP-DNA damage in NHMECs, and possibly other human cells, are primarily related to the activity of CYP1A1, and not CYP1B1.

The formation of TAM-DNA adducts in human endometrium is a controversial topic of interest, as TAM-exposed women are at risk for endometrial cancer. Our efforts focused on searching for evidence of a genotoxic mechanism in tissues from women and female monkeys exposed to TAM. We demonstrated the presence of TAM-DNA adducts in human endometrial tumor and normal surrounding tissue from cancer patients receiving TAM therapy, but not in corresponding endometrial tissues from cancer patients receiving no TAM. In addition, TAM-DNA damage was found in the uterus of TAM-exposed monkeys but not in the unexposed animals. Therefore, TAM induction of endometrial cancer is likely to occur, at least partially, through a genotoxic mechanism.

Antiretroviral drug combinations, including NRTIs, are used as therapy for individuals infected with the human HIV-1. These drugs are incorporated into DNA acting as replication chain terminators. However, mitochondrial toxicities limit NRTI use, and  genotoxicity studies suggest that exposure may confer a long-term cancer risk. We hypothesized that NRTI incorporation and sequelae are fundamental to both the nuclear and mitochondrial  manifestations of toxicity. We were particularly interested in HIV-1-uninfected infants born to HIV-1-infected mothers receiving antiretroviral (ARV) therapy because these children, though born with no HIV-1 infection, are vulnerable as a result of in utero exposure. The data suggest that fetal events induced by transplacental ARV drug exposure in humans may not be readily reversible.

We reported novel manifestations of genotoxicity by the NRTI zidovudine (AZT) in cultured cells, including:  arrest of cells in S-phase, centrosomal amplification, micronucleus formation and aneuploidy. Using tissues from neonatal HIV-1-uninfected infants born to HIV-1-infected mothers receiving NRTI therapy we demonstrated AZT-DNA incorporation, as well as DNA fragmentation by Comet assay, and mutagenesis by glycophorin A (GPA) assay. The mutagenesis persisted in ARV drug-exposed infants at one year of age. Long-term genotoxicity was also demonstrated in the patas monkey model where pregnant dams received human-equivalent NRTI protocols for the last half of gestation. Their exposed offspring, at birth, one year and three years of age all showed significantly-elevated levels of centrosomal amplification, micronuclei and aneuploidy in bone marrow stem cells, compared to the unexposed controls. It is noteworthy that a 3-year-old patas is equivalent in development to a 15-year-old human, demonstrating the long-term persistence of this genotoxicity.

Evidence of mitochondrial dysfunction found in children born to HIV-1-infected mothers can include clinical compromise as well as alterations in mitochondrial morphology and mitochondrial DNA (mtDNA) quantity. We documented both mitochondrial morphological damage and mtDNA depletion in cord blood, umbilical cord and placenta from HIV-1-infected pregnant women. These end points are considered to be caused by maternal HIV-1 status and/or maternal ARV-drug use, and the relative contributions of each cannot be ascertained in clinical samples. Using the patas monkey model, in the absence of virus, we demonstrated that mitochondrial compromise found in umbilical cords from human infants exposed to NRTIs in utero was very similar to that observed in patas offspring also exposed to NRTIs in utero. Furthermore, we showed progressive and irreversible mitochondrial toxicity in liver and brain of 1- and 3-year-old patas offspring exposed to NRTIs in utero and for 6 weeks after birth. Trying several candidates we explored the potential usefulness of chemoprotective agents, and found that the stable free radical tempol protected cultured cardiomyocytes from mitochondrial toxicity induced by AZT/didanosine (ddI).  Studies were also conducted to examine the potential protection by tempol in the patas. These mitochondrial studies were particularly important because some children born to HIV-1-infected mothers have a reduction in heart left ventricle muscle mass that may have consequences later in life.

Detection of carcinogen-DNA adducts by radioimmunoassay 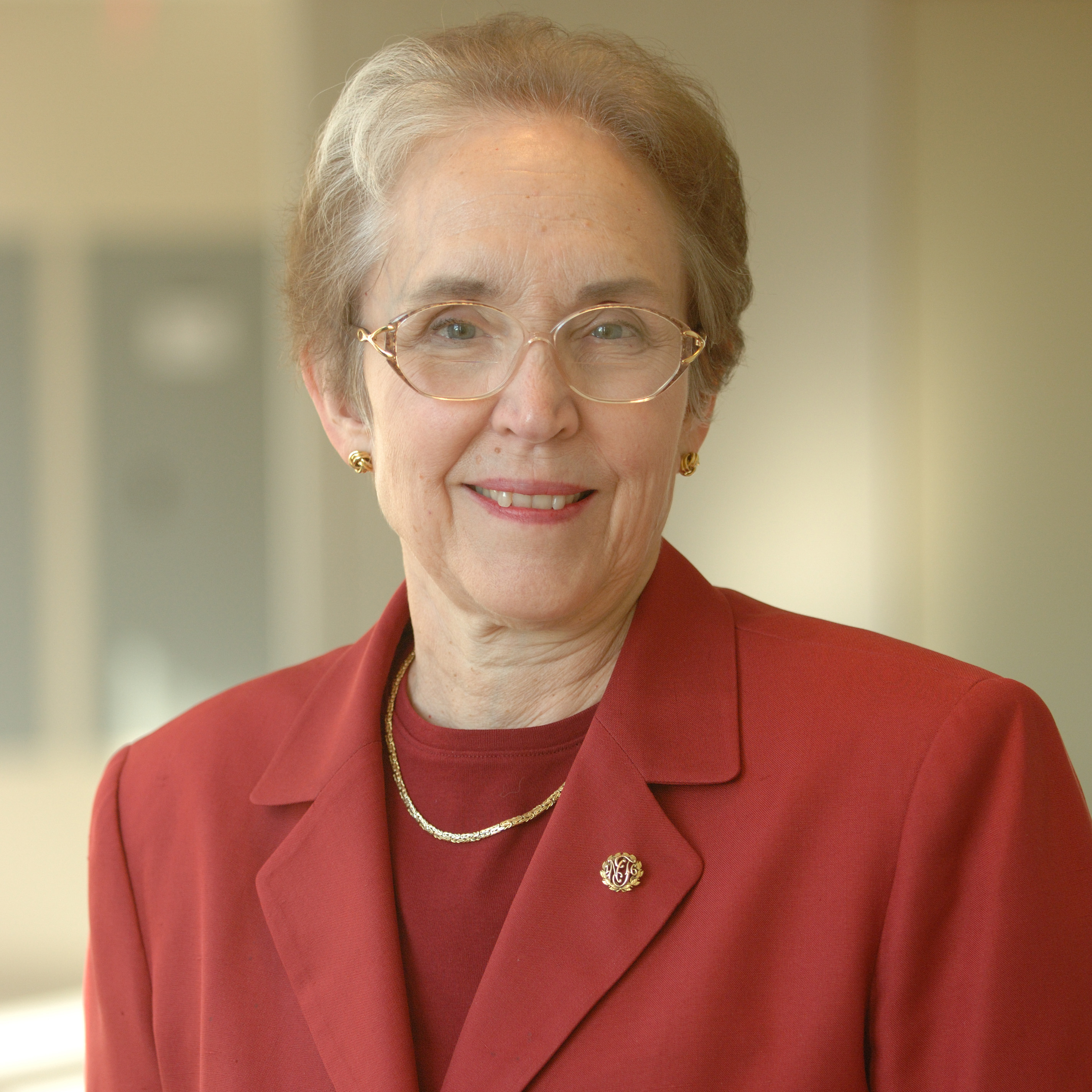 Miriam C. Poirier received an B.Sc. in Chemistry from Marygrove College, (Detroit, MI), an M.Sc. in Biochemistry from McArdle Laboratory for Cancer Research, University of Wisconsin-Madison (Madison WI), and a Ph.D. in Microbiology from the Catholic University of America (Washington, DC). Dr. Poirier obtained her Ph.D. in 1977 while also working at the NIH, and shortly afterwards pioneered the use of immunoassays, with antisera specific for carcinogen-DNA adducts, for measurement of DNA damage in human tissues. In 1997 she became Head of the Carcinogen-DNA Interactions Section, Laboratory for Cancer Biology and Genetics, CCR, NCI. Dr. Poirier is a recipient of the NIH Merit Award, the Marygrove College Distinguished Alumna Award, the NCI Leading Diversity Award, the NCI Women Scientist Advisors (WSA) Mentoring and Leadership Award, and the Environmental Mutagenesis and Genomics Society Alexander Hollaender Award.

Dr. Poirier retired as a Senior Investigator in 2016 and is now an NCI Scientist Emeritus.