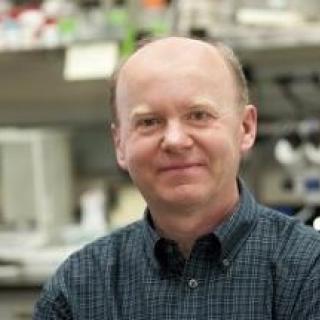 Dr. Tessarollo’s research is focused on signaling of neurotrophins and their Trk receptors in development and disease. Some of the main contributions of his laboratory include the findings that neurotrophins are critical for energy homeostasis of the organism, they have functions outside the nervous system and truncated Trk receptors are important transducers of neurotrophin signaling in vivo. Dr. Tessarollo is Director of the Mouse Cancer Genetics Program and the Gene Targeting Facility.

Neurotrophins are a highly homologous family of secreted growth factors that have been extensively studied for their roles in the proliferation, survival, and differentiation of various cell populations in the mammalian nervous system. Each neurotrophin interacts with the p75 receptor and a specific member of the trk tyrosine kinase receptor family. Trk receptors, in addition to the tyrosine kinase isoforms, include truncated receptors that lack kinase activity.

Over the last two decades many laboratories have contributed to the dissection of signaling pathways and the biological responses activated by neurotrophins in a variety of cell types. Significant information was generated with the use of in vitro systems but some activities were probably pharmacological rather than physiological activation of neurotrophin signaling. My laboratory is using the mouse as a genetically amenable in vivo tool to address some of the many still unresolved questions in neurotrophin biology. Specifically, we are interested in the role of neurotrophin signaling in the mature nervous system and in non-neuronal organs such as the immune, and the cardiovascular system. A major focus is on the contribution of neurotrophin function by specific receptor isoforms, including truncated Trk receptors, and the dissection of cell specific neurotrophin signaling pathways. In this respect we have generated a variety of mouse models that have helped us to dissect specific roles of neurotrophins in mouse during development and in the mature organism.  Recent accomplishments of our laboratory include the identification of proteins that interact with a phylogenetically conserved intracellular domain of truncated TrkC receptors and specific signaling by a truncated TrkB.T1 in the heart. Thus, our finding may provide one of the long sought direct links between neurotrophins and signaling of truncated Trk receptors, which are the highest expressed Trk receptors in the mature animal.

The study of neurotrophins' functions, not only in the mature nervous system but also in non-neuronal tissues, should contribute to our understanding of the complex nature of ligand-receptor family interactions in the maintenance of higher organisms, and may lead to a better understanding of how to use neurotrophins pharmacologically.

Delayed onset of inherited ALS by deletion of the BDNF receptor TrkB.T1 is non-cell autonomous

TrkA in vivo function is negatively regulated by ubiquitination 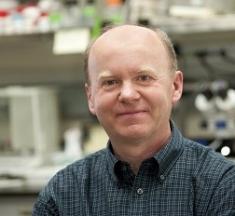 Dr. Tessarollo received his Ph.D. in biological sciences from the University of Padua, Italy, in 1987. He carried out postdoctoral training in the laboratory of Dr. Chieco-Bianchi at the Institute of Oncology, Padua to study the molecular basis of retroviral-induced tumorigenesis in rodents. In 1990 he joined Dr. Parada's laboratory at the ABL-Basic Research Program, NCI-Frederick, where he used genome editing by gene targeting technology to study neurotrophin function in vivo. In 1994, Dr. Tessarollo was recruited to established a Gene Targeting Facility and, in 1996, the Neural Development Group. In 1999, he joined the Center for Cancer Research, NCI and in 2006, he was appointed Deputy Director of the Mouse Cancer Genetics Program (MCGP). In 2013 he became Director of the MCGP.