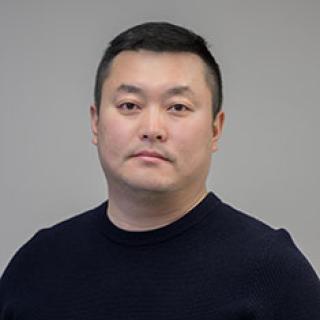 Dr. Yoon has been interested in the planar cell polarity (PCP) in his preferred animal model, the developing Xenopus embryo. Polarized cellular behaviors that are governed by PCP signaling represent a vital process for orchestrating cells to form a distinct polarity axis in a tissue. This PCP signaling is driven by various stimuli such as spatial/temporal gene expression, Wnt morphogen gradients and asymmetric subcellular enrichment of PCP proteins. Since abnormal regulation of PCP signaling causes severe birth defects and defects of tissue function, the PCP process has been known as an essential feature for proper embryo development and diverse functions in many tissues. Aberrant Wnt/PCP signaling has been strongly implicated in cancer progression.

During primary neurulation, the neural plate differentiates from the ectoderm layer and the cells begin to migrate, which results in the dorsal bending of the neural plate and the joining of the lateral edges to form the neural tube. The regulation of cell shape and movement during this process is orchestrated by several distinct pathways of which the Eph/ephrin and the Wnt-planar cell polarity (Wnt-PCP) signaling pathways play a critical role. Numerous studies have demonstrated that the knockdown of any one of the Wnt-PCP components causes abnormal cell polarity and migration during neural tube closure. In our previous study, we showed that the expression level of ephrinB2, a component of the Eph/ephrin signaling pathways, is important for proper neural tube and F-actin formation, which is critical for apical constriction and neural tube closure. Nonetheless, little is known about the molecular mechanisms pertaining to ephrinB2 and its involvement in regulating apical constriction during neural tube closure. In this study, we performed an immunoprecipitation-mass spectrometric analysis (IP-MS) using ephrinB2-HA overexpressed in embryos and found Wnt4, a non-canonical Wnt pathway protein, and Ror2, a co-receptor for Wnt-PCP signaling, to be novel binding partners of ephrinB2 during neural tube closure. After performing a protein interaction domain mapping (IDM) assay, Wnt4 was found to interact with the intracellular domain of ephrinB2 while the proline-rich domain (PRD) of Ror2 was found to interact with the PDZ binding motif of ephrinB2. Loss-of-function analyses using ephrinB2 and Ror2 morpholino oligos demonstrated significantly decreased contractile actin bundle formation and caused neural tube closure defects. These defects were subsequently rescued by the re-expression of the wild-type counterparts of ephrinB2 or Ror2 and not by the re-expression of the interaction mutants (ephrinB2-delta PDZ or Ror2-delta PRD). In addition, we found that ephrinB2 interacts with Shroom3, a key regulator for contractile actin bundle formation during neural tube closure. By determining that activation of Wnt4 leads to the downstream interaction between EphrinB2 and Ror2, we shed light on the molecular mechanisms of genes that are involved in neural tube morphogenesis. Our study can advance our understanding of neural tube defects (NTDs), which are the second most common birth defect in humans. Moreover, we have gained mechanistic insight into a pathway that plays a substantive role in cancer progression.

A detailed understanding of the complex genetic networks that regulate cranial neural crest development is important because of its implications for multiple cell lineages and human diseases, including cancer metastasis. Cranial neural crest (CNC) cells are a migratory stem cell-like population having a limited capacity for self-renewal. It has been clearly established that CNCs use guidance cues and the local extracellular matrix to collectively migrate. However, a thorough mechanistic understanding of CNC collective migration and how it varies between subpopulations of CNCs progressing to different locations and fates is still lacking. A significant number of studies on metastatic cancer cells reveals remarkable parallels to CNC epithelial-to-mesenchymal-transition (EMT) and migration. Our work supports the parallels between metastasis and CNC migration. EphB/ephrinB proteins are highly expressed in specific CNC arches, and a number of studies have shown that EphB/ephrinB interactions are metastasis suppressive. How cancer cells influence the micro-environments and conditions that make EMT and migration possible is an area of intense interest and will likely provide mechanistic insight into both the mechanisms of tumorigenesis and the plasticity of CNCs. The migrating CNC cells form four branchial arches during development. Each branchial arch develops into specific bones, muscles and nerve cells, which are highly conserved in vertebrates. The disparate gene expression patterns between these groups of cells remain poorly understood. The different transcriptomes of each of the branchial arches have not been analyzed in detail, and specific gene expression signatures in the branchial arches remain unclear. In order to identify specific genetic signatures of each of the branchial arches, we will analyze the gene expression profiles of each branchial arch using both single cell RNA-seq and single cell mass spectrometry. This study will define the expression and signaling response features of distinct CNC streams, and will likely reveal critical players involved in cancer cell migration and invasion.

The Rab11 family-interacting protein 5 (Rab11fip5) is a protein characterized by its C-terminal C2 domains, which are involved in targeting proteins to the cell membrane. Various studies have demonstrated that Rab11fip5 is essential for the trafficking of certain proteins from recycling endosomes to the plasma membrane. In recent studies, Rab11fip5 has been identified as a candidate autism-spectrum disorder gene. However, the involvement of Rab11fip5 in early embryonic development has not been well studied. Using mass spectrometric analysis, Rab11fip5 was found to be one of the interacting candidates of ephrinB1, a protein known to regulate synapse development in neurons in the forebrain. The interaction of Rab11fip5 with ephrinB1 was confirmed via immunoprecipitation. In situ hybridization analysis showed that the expression of Rab11fip5 and ephrin-B1 overlapped in the forebrain. Through loss-of-function studies using CRISPR/Cas9 or morpholinos, we observed a shrinkage of the forebrain and a decrease in the expression of ephrinB1 in Rab11fip5 morphant embryos. We also confirmed the colocalization of Rab11fip5 and ephrin-B1 via immunostaining. Our studies demonstrate the importance of the interaction of Rab11fip5 and ephrinB1 in forebrain development.

Characterization of a Compound Heterozygous SLC2A9 Mutation That Causes Hypouricemia. 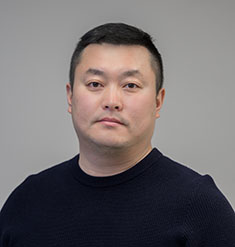 Dr. Jaeho Yoon obtained his Ph.D. in developmental biology in the laboratory of Prof. Dr. Jaebong Kim at Hallym University in South Korea in 2012. Dr. Yoon studied the mechanisms of convergence and extension (CE) cell movements in Xenopus gastrula. For his postdoctoral studies, he joined the Cancer and Developmental Biology Laboratory at the National Cancer Institute at Frederick in Dr. Ira Daar’s lab in Dec 2013 as a Visiting Fellow.  He has served as a Staff Scientist in the laboratory since August 2019. 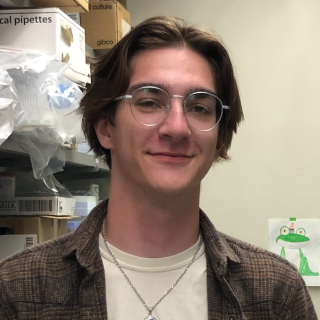