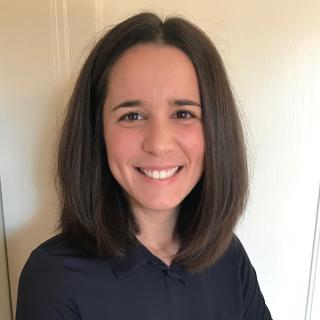 Dr. Quintanilla-Leo obtained a B.Sc in Biotechnology from the Autonomous University of Barcelona in 2010, and a M.Sc. in Biomedicine from the University of Barcelona, Spain in 2012. After that, she was a graduate student at Clinic Foundation for Biomedical Research/IDIBAPS and was awarded a Ph.D in Medical Science from the University of Barcelona, Spain in 2017. During her graduate studies, she used FISH approaches to study the role of chromosome instability and heterogeneity as a driver mechanism of colorectal cancer (CRC) formation and evolution. In 2019, she joined the Cell Biology of Genomes group as a post-doctoral fellow where she implemented in situ sequencing for spatial transcriptomic studies and for the detection of point mutations in CRC. She recently became a Staff Scientist at the CCR High-Throughput Imaging Facility (HiTIF) and she is currently working on the implementation of pooled optical phenotype screening technology.