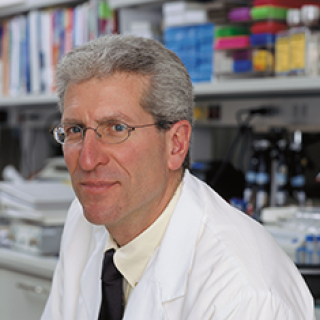 Dr. Bottaro’s research on the role of epithelial growth factors in the onset and progression of solid tumors began with the discovery of the cell surface receptors for keratinocyte growth factor (KGF) and hepatocyte growth factor (HGF). Later work helped define the structural basis of growth factor-receptor interaction and the role of heparan sulfate proteoglycans as co-receptors. Recent efforts included translating basic knowledge of growth factor signaling to support the development of diagnostic and therapeutic agents that target HGF signaling in genitourinary and other malignancies. In July 2021, Dr. Bottaro became Special Advisor to the UOB.

Research in Urologic Oncology Branch is aimed at identifying the genetic and biochemical defects that contribute to genitourinary malignancies, and to translating these discoveries into safe and effective treatment strategies. The discovery of germline mutations in the hepatocyte growth factor (HGF) receptor, Met, that predispose affected individuals to papillary renal cell carcinoma (HPRC) type 1, significantly strengthened mounting evidence of the oncogenic potential of this signaling pathway. Normally, HGF stimulates proliferation, motility and morphogenesis in a wide spectrum of cell types, contributing to embryonic development and to tissue repair in adulthood. Abnormal activation of the HGF pathway has been found in many human cancers, including carcinomas of the bladder, breast, colon, liver, lung, kidney and thyroid, sarcomas of bone and muscle, leukemia, lymphoma, glioblastoma and melanoma. In many of these cancers, HGF/Met signaling drives cell invasiveness and tumor metastasis, advancing disease beyond current effective therapies. Understanding the molecular basis of oncogenic signaling and developing strategies for its selective disruption in cancer are our highest priorities.

Cancer: Out of air is not out of action 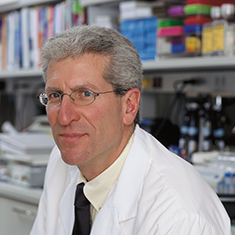 Dr. Bottaro received his B.A. in Biological Sciences from The University of Chicago and Ph.D. in Cellular and Molecular Biology from Boston University. For his doctoral research he was named Young Investigator of the Year by the American Microcirculatory Society in 1986. He was an Elliott P. Joslin Research Fellow at Harvard Medical School before becoming an Intramural Research Fellow at the NCI's Laboratory of Cellular and Molecular Biology (LCMB) in 1987. In the LCMB he helped identify keratinocyte growth factor (KGF), hepatocyte growth factor (HGF), and their respective cell surface receptors. These signaling pathways, and the roles of heparan sulfate proteoglycans as KGF and HGF co-receptors, became his primary research interests after becoming an NCI Principal Investigator in 1994. Following the discovery of oncogenic HGF receptor mutations in kidney cancer,  Dr. Bottaro joined the NCI's Urologic Oncology Branch (UOB) in 2003 to study growth factor signaling in urological malignancies and support diagnostic and therapeutic development as Head of the Molecular Therapeutics Facility. In July 2021, Dr. Bottaro became Special Advisor to the UOB.