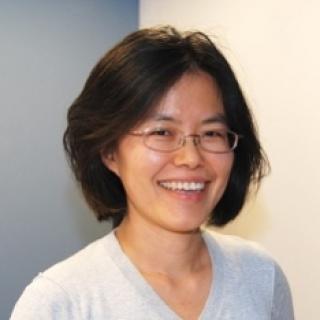 Emily developed programs to compare protein structures, to generate more accurate alignments and to parse protein structures into domains in a reliable and rational fashion.  She also has interests in studying protein structures with internal symmetry.  She was instrumental in CASP6 and CASP10 assessing template-free modeling, and was one of the organizers for the new categories CASP_ROLL in CASP10 and CASP_COMMONS in CASP13. Currently, she performs Next Generation Sequencing Analysis and structural modeling for different studies in the LMB.

Multiple proteases are involved in mesothelin shedding by cancer cells.

Assessment of template-free modeling in CASP10 and ROLL 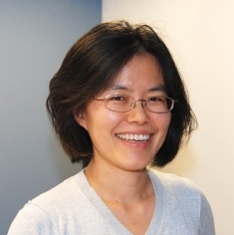 Emily obtained her BS in Zoology and MS in Immunology from National Taiwan University while studying T-cell signal transduction in the Institute of Molecular Biology, Academia Sinica in Taipei, Taiwan.  She received another MS in Computer and Information Science from New Jersey Institute of Technology. Before joining the Molecular Modeling and Bioinformatics Section in LMB/CCR/NCI as a staff scientist in 2002, she was a Programmer Analyst at Information Technology Division in Equities Trading Division in Goldman, Sachs & Co. in New York City, and global Compliance Reporting Division Goldman, Sachs International Ltd. in London as well.  Emily played key roles in CASP6 and CASP10 assessment for new fold and template free protein structure predictions, and was instrumental for the new CASP_COMMONS in CASP13.  She received NCI Travel Award in 2014 and 2015 consecutively, and her data analysis contributed to her colleague's 2019 NCI Director’s Innovation Award.  She was elected as the Co-Chair of the NCI CCR SSSC Organization and served in 2016 - 2018.  Emily organized widely attended symposiums in NIH in 2014, 2017 and 2019.  She is also the content manager of LMB.

Seed Extension Algorithm (SE) is a novel algorithm for deriving sequence alignment from a pair of superimposed structures. It does not use a gap penalty as the dynamic programming algorithm does and usually generates a more accurate alignment using less CPU time.