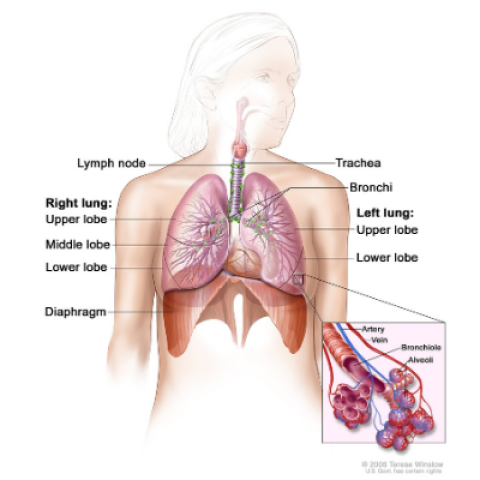 The Food and Drug Administration (FDA) granted orphan drug designation in March 2021 to PRGN-2012, an immunotherapy, for use in patients with recurrent respiratory papillomatosis (RRP). RRP is a rare, difficult-to-treat and sometimes fatal disease caused by two types of the human papillomavirus in which benign tumors, called papillomas, grow in the upper and lower respiratory tracts. Patients with RRP often require repeated surgeries to remove lesions as they grow back and spread.

PRGN-2012 is being developed through a Cooperative Research and Development Agreement (CRADA) with NCI’s Center for Cancer Research (CCR) and Precigen Inc. to see if the vaccine can help treat RRP. In January 2021, the FDA cleared an investigational new drug application to initiate a phase I clinical trial to test the safety and dosing of the drug. In March, Precigen Inc. announced that the first trial patient received PRGN-2012 for RRP.  Scott M. Norberg, D.O., Assistant Research Physician in CCR’s Genitourinary Malignancies Branch (GMB), is leading the NCI-sponsored phase I trial at the NIH Clinical Center in collaboration with James L. Gulley, M.D., Ph.D., Chief of the GMB, and Jeffrey Schlom, Ph.D., the CRADA Principal Investigator and Chief of the Laboratory of Tumor Immunology and Biology.

Orphan drug designation is given to therapies that treat, prevent or diagnose rare diseases that affect fewer than 200,000 people in the United States. Although this designation does not necessarily mean that the treatment will be approved by the FDA or reach patients faster, it enables the drug’s developers to receive incentives, such as tax credits, FDA fee waivers and exclusive marketing rights for seven years.

The trial is currently recruiting patients. Adults with RRP who have had at least two surgeries to reduce lesions in the last 12 months may be eligible to participate.

Official Title: A Phase I Study of Adjuvant PRGN-2012 in Adult Patients With Recurrent Respiratory Papillomatosis