Dr. Zhuang is a research scientist leading the Cancer Stem Cell Biology Program within the Neuro-Oncology Branch. His program uses critical patient observations to drive bench research which may be then translated to clinical use. He has investigated the role of hypoxia signaling in tumor pathophysiology throughout his career, which led him to the discovery of a unique neuroendocrine tumor syndrome caused by a somatic gain-of-function mutation of hypoxia-inducible factor 2A, Pacak-Zhuang syndrome. This model has helped him explore the role of hypoxia signaling in tumor pathophysiology, including brain tumors. His lab is currently investigating hypoxia signaling, IDH mutations, and p53 mutations in brain tumor development and progression through the use of patient-derived stem cell and neuroprogenitor cell in vitro and in vivo models. His lab is also translating these findings to the development of novel therapeutic agents including immunomodulating agents and CAR-T cell therapies for brain tumors. Some of these agents have entered clinical trials in the Neuro-Oncology Branch.

The root of Dr. Zhuang’s research is based on the inherited and somatic mutations that result in cancer and understanding how they can contribute to the development and progression of tumors, and particularly brain tumors. The laboratory utilizes clinical, translational, and basic approaches to study the basic science as a foundation that gives way to understanding the pathological changes that are present in tumors. There are three on-going multidisciplinary projects: 1) investigation of hypoxia signaling and tumor development, 2) investigation into the impact of patient-derived IDH1 mutant mosaicism on brain tumor development, and 3) development of therapeutics for cancers of the central nervous system. Project 1 centers around investigation of gain-of-function of hypoxia inducible factor 2a (HIF2a), which was first found in a combined clinical and scientific effort culminating in the discovery of Pacak-Zhuang syndrome. In this project, his lab is investigating the unusual phenotypes recently identified in the patients with the syndrome and the mouse model, including sexual dimorphism and HIF2a gene genomic imprinting. The findings in these studies will substantially advance our understanding of HIF2a impact on biology and pathobiology, including this syndrome and hypoxia signaling in brain tumors. Project 2 began with a critical observation of two patients, identical twins, with low-grade gliomas. This observation provides important information that IDH1 mutation in early development has two possibilities: 1) it may remain quiescent or in the “pre-tumor state” throughout development or 2) it may acquire additional mutations which allow the cell to transform to a tumor. Since Dr. Zhuang discovered glutamine synthestase, which is important in IDH-mutant tumors and astrocytoma specifically, the lab is well-primed to deduce the basic physiology that can result in a brain tumor. The research group was able to deduce using deep PCR techniques that an inherent and embryonic IDH1 mutation triggered a tumor with p53. His lab also uses induced pluripotent stem (iPS) cells to determine how the IDH mutation can drive tumor growth by studying the 2-hydroxyglutarate (2-HG) and glutamate cycle. Project 3 has several arms. First, Dr. Zhuang’s lab continued to work on the development of an immunomodulator called LB100, which acts by inhibition of protein phosphatase 2A. This has entered clinical trials. Second, his lab have developed CAR-T cells aimed at hypoxia signaling downstream product, carbonic anhydrase IX. Third, they have developed a modulator of HIF2a, which has allowed to further explore the pathway. 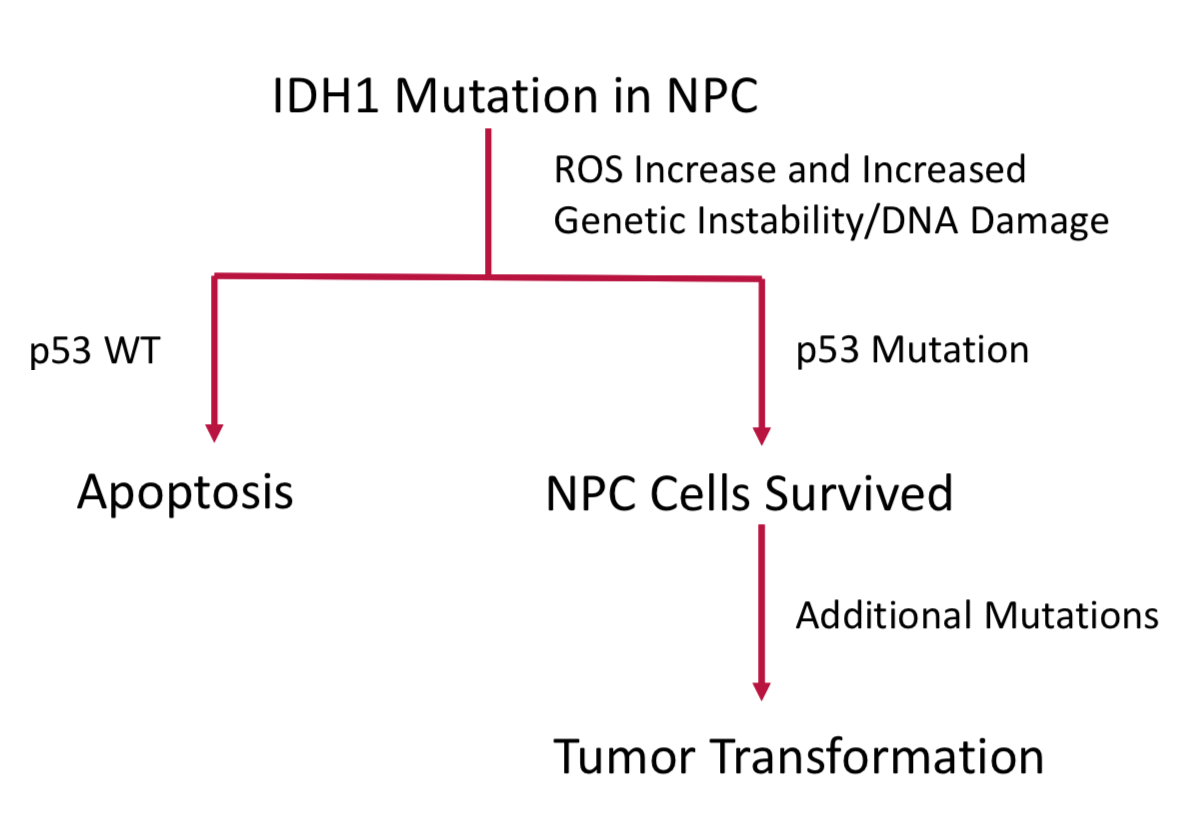 Dr. Zhuang received his Doctor of Medicine (M.D.) degree from Shanghai Jiao Tong University School of Medicine (formerly Shanghai Second Medical University) in China and completed a short residency in General Surgery at Ruijin Hospital affiliated with the medical school before moving to the United States to pursue a Doctor of Philosophy (Ph.D.) degree in Pharmacology from Wayne State University in Detroit, Michigan. Following his doctorate, he was a postdoctoral fellow at Massachusetts General Hospital for a year and shortly thereafter relocated back to Michigan to be a resident in Translational Medicine at Henry Ford Hospital. He then served as a research associate at University of Michigan and moved to the NIH in 1993 as a resident in Anatomic Physiology at NCI’s Department of Pathology. He was named Special Expert and Staff Pathologist for the Surgical Neurology Branch, a position he served for 17 years. Dr. Zhuang joined the Neuro-Oncology Branch in 2017 as a Senior Investigator.

In addition to his extensive research experience and tenure in multiple branches at NIH, Dr. Zhuang is also licensed to practice medicine in the District of Columbia and holds a completion certificate for an Anatomic Pathology Residency. He also currently holds 5 patents, with 11 patents pending, highlighting the novelty of his research endeavors.