Epigenetic mechanisms—factors other than an individual’s DNA sequence—play a critical role in the regulation of gene expression and undergo routine disruption in cancer. Dr. Meier’s work focuses on the development of chemical approaches to study epigenetic signaling and its relationship to cellular metabolism. The goal of these studies is to better elucidate the underlying logic linking gene expression and metabolism, and apply this knowledge towards new approaches to cancer therapy, diagnosis, and chemoprevention.

Recent studies have shown that many enzymes active in epigenetic mechanisms of genomic regulation are sensitive to the metabolic state of the cell. A major aim of the lab is to understand the mechanisms by which metabolic perturbations influence genomic signaling mediated by chromatin modifying enzymes. Long term goals of this work include: 1) the discovery of biological mechanisms underlying oncometabolite-driven cancers, 2) the development of new diagnostics for cancers driven by metabolic mutations, and 3) the identification of small molecules which inhibit epigenetic modifications through metabolic disruption.

Acetyl-CoA links metabolism and signaling by mediating protein and nucleic acid modifications known as acetylations, whose modulation is an emerging paradigm in cancer treatment. A major focus of the laboratory is applying chemical approaches to discover and characterize new enzymatic and non-enzymatic acetylation mechanisms involved in fundamental biology and disease. By expanding the pharmacological map of acetylation-based signaling mechanisms in cancer, these studies aim to uncover new avenues for therapeutic development.

Dr. Meier received his undergraduate degree in chemistry from Creighton University in 2004, getting introduced to research as an National Science Foundation REU student. Following graduation he moved to the University of California-San Diego, performing graduate research in natural products biochemistry and proteomics under the mentorship of Professor Michael D. Burkart. After receiving his Ph.D. in chemistry in 2009, he moved to the California Institute of Technology. His research as an American Cancer Society postdoctoral fellow in the laboratory of Professor Peter B. Dervan focused on the development of high-throughput sequencing methods to analyze small molecule-DNA interactions. In 2013, Dr. Meier joined the NCI, where his research focuses on the development of synthetic probes to investigate metabolic and epigenetic signaling pathways in cancer.

To enable community efforts we have developed a web searchable database of FH-regulated cysteines identified by Kulkarni et al. (“A chemoproteomic portrait of the oncometabolite fumarate,” Nat. Chem Biol., 2019). It can be accessed at: https://ccr2.cancer.gov/resources/Cbl/Proteomics/Fumarate/ 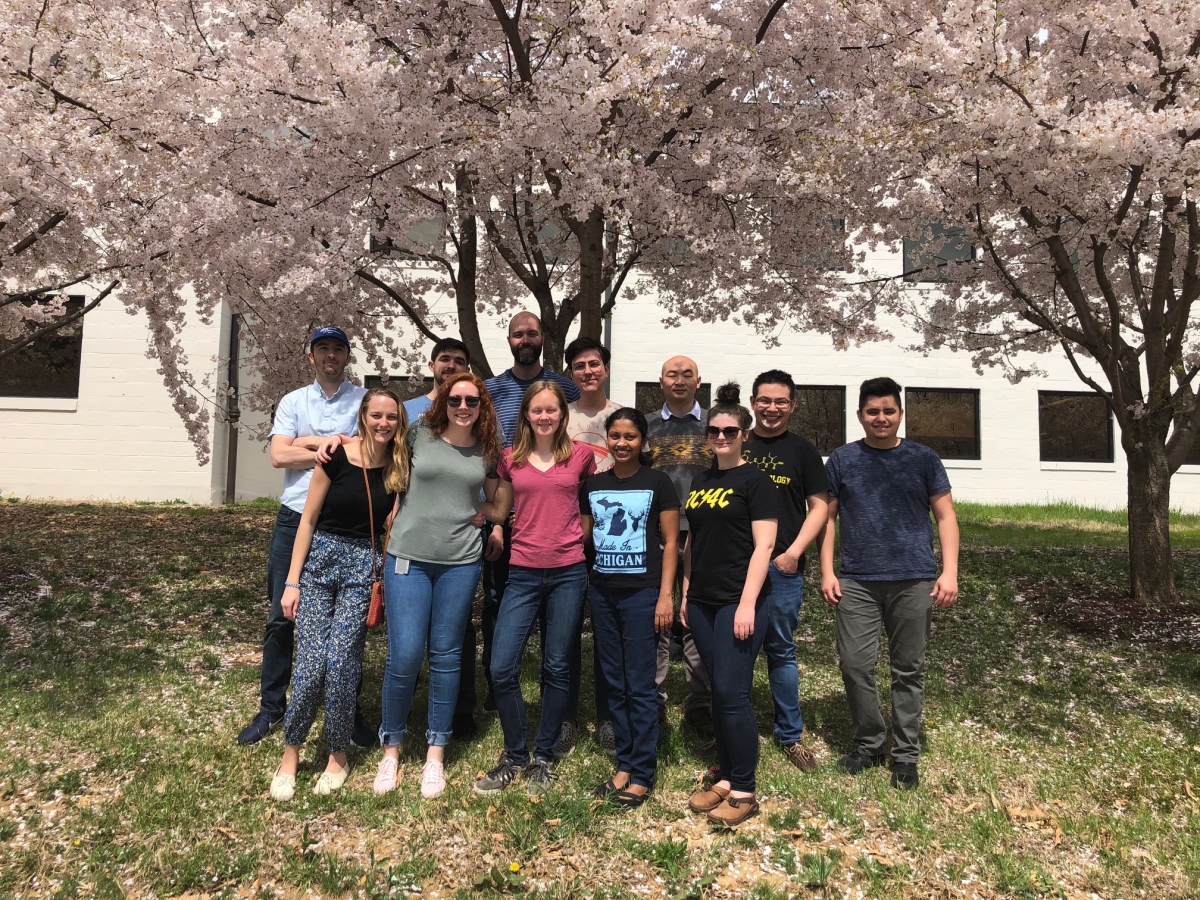 We have cherry blossoms! 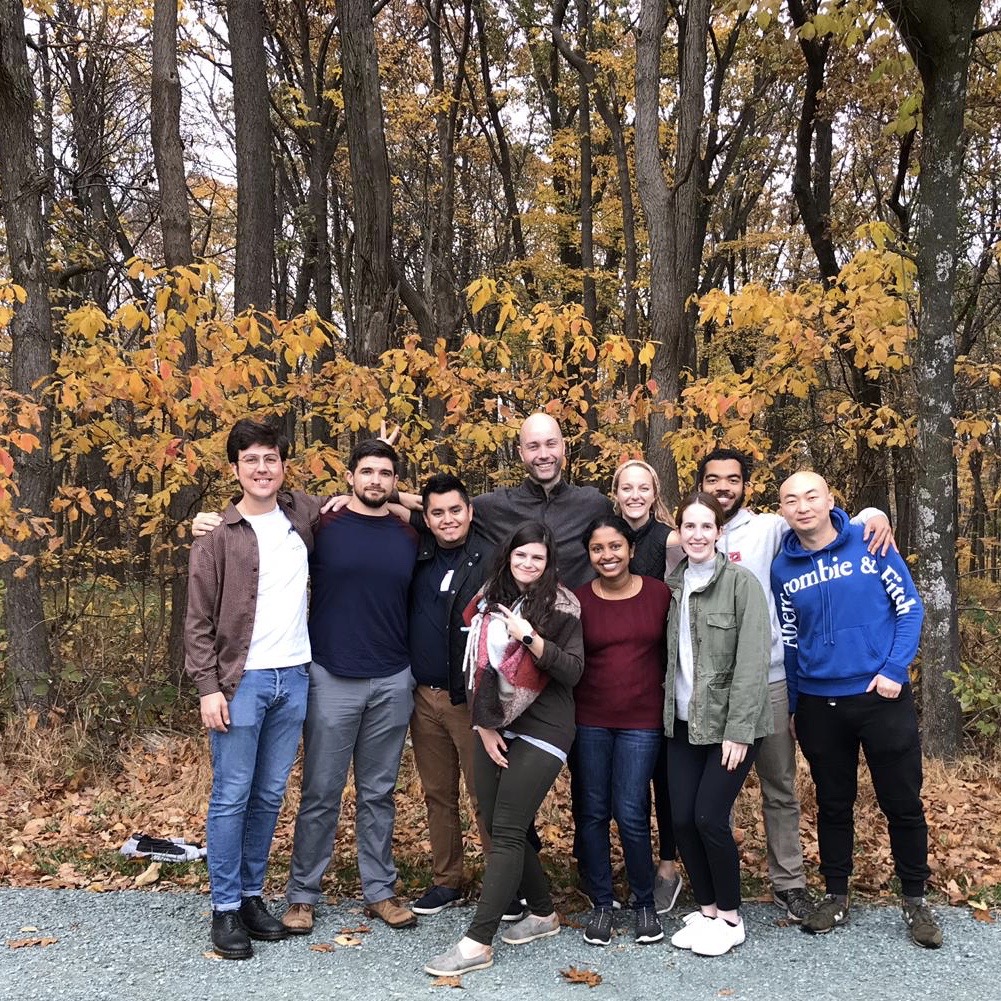 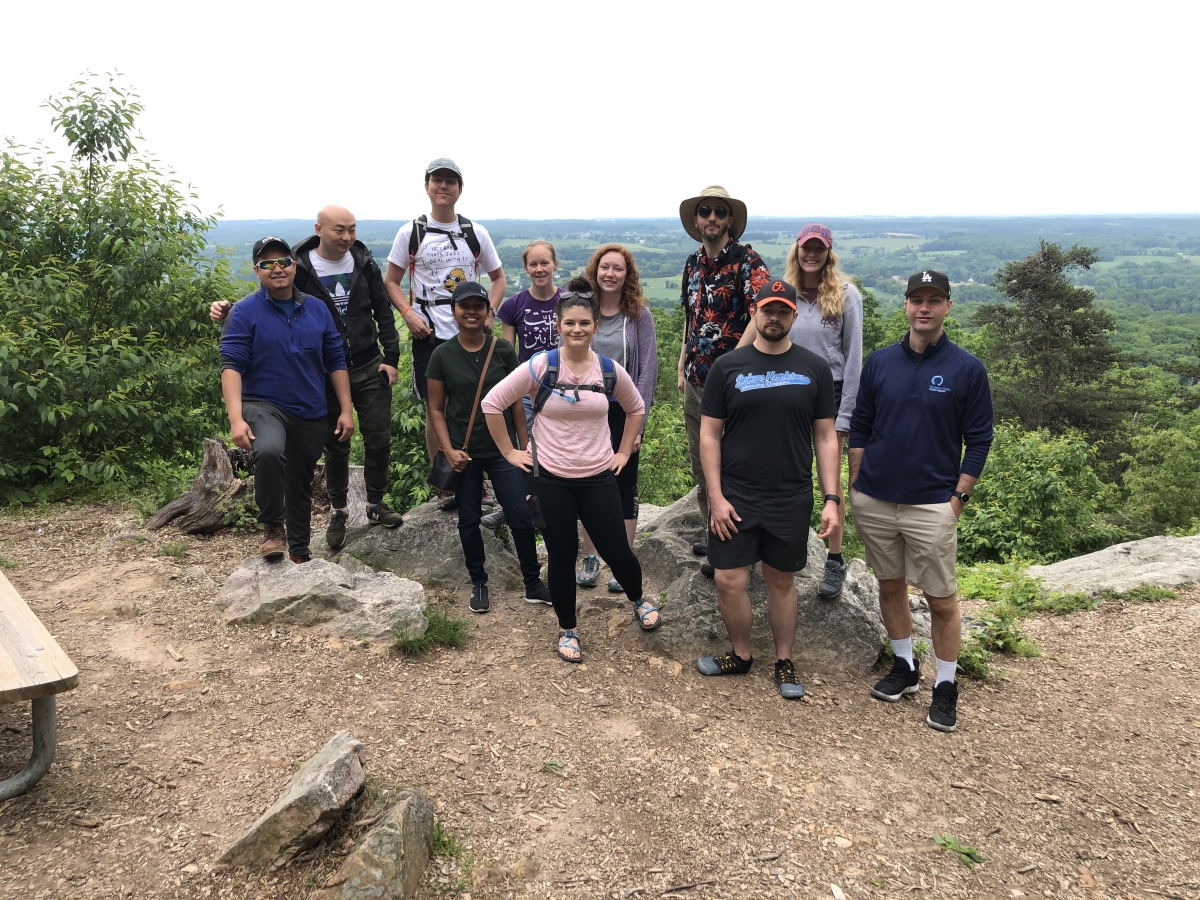 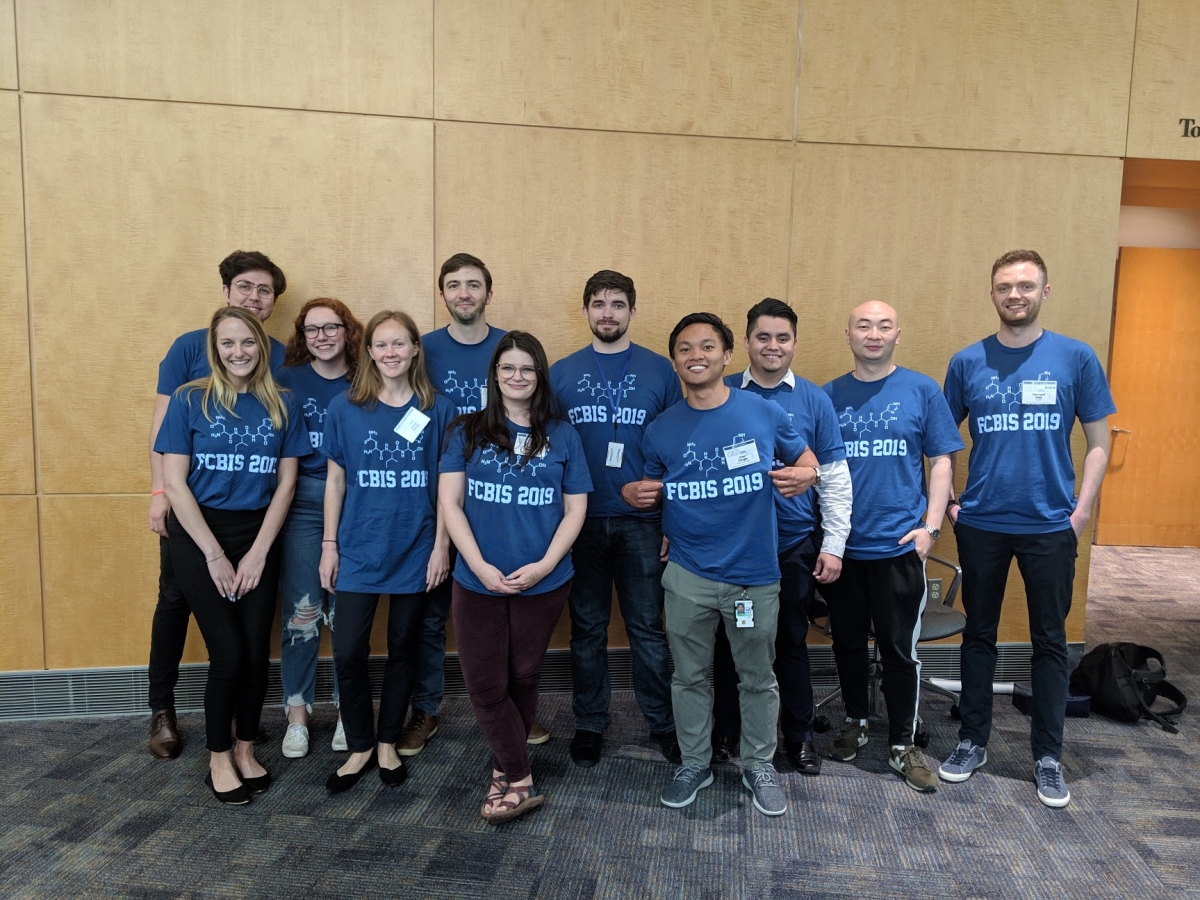 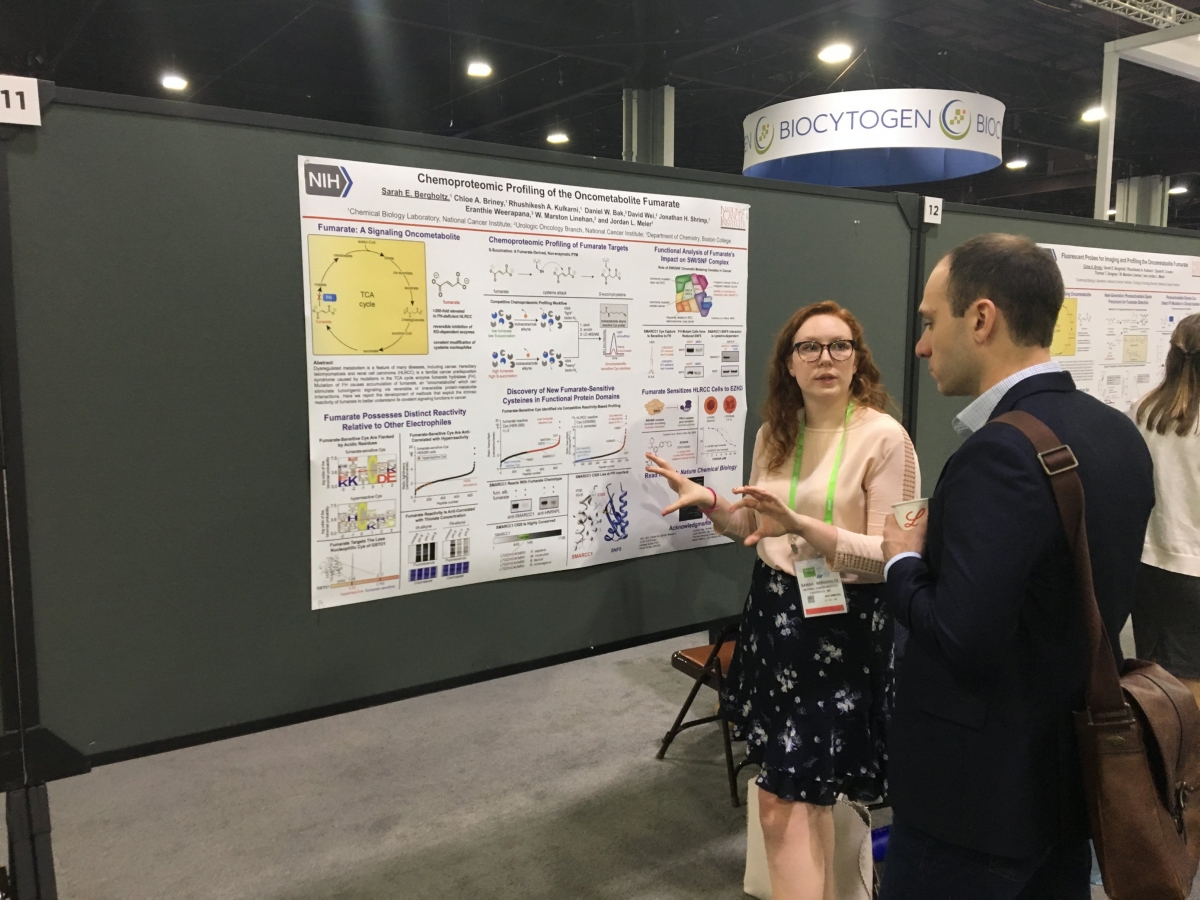 Sarah presenting her poster at AACR. 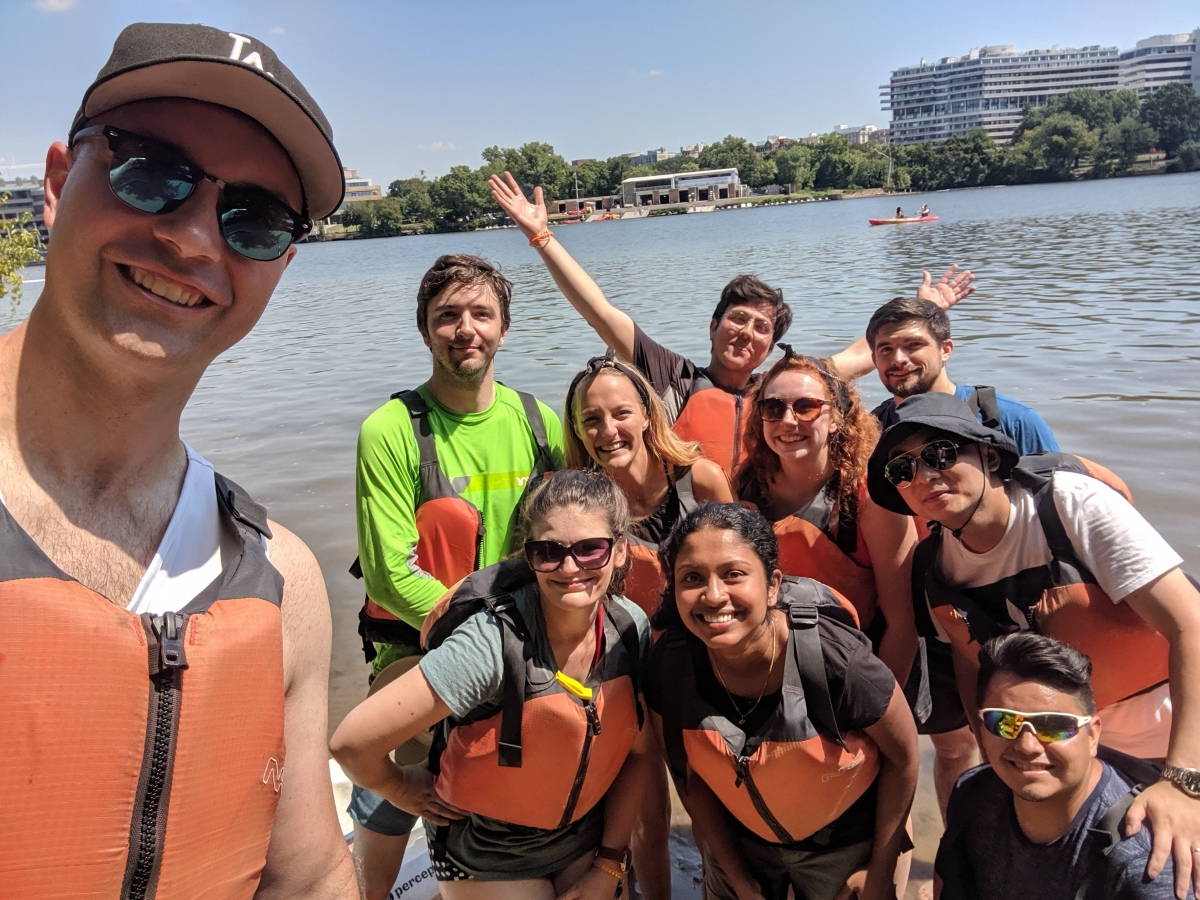 Kayaking the Potomac in DC. 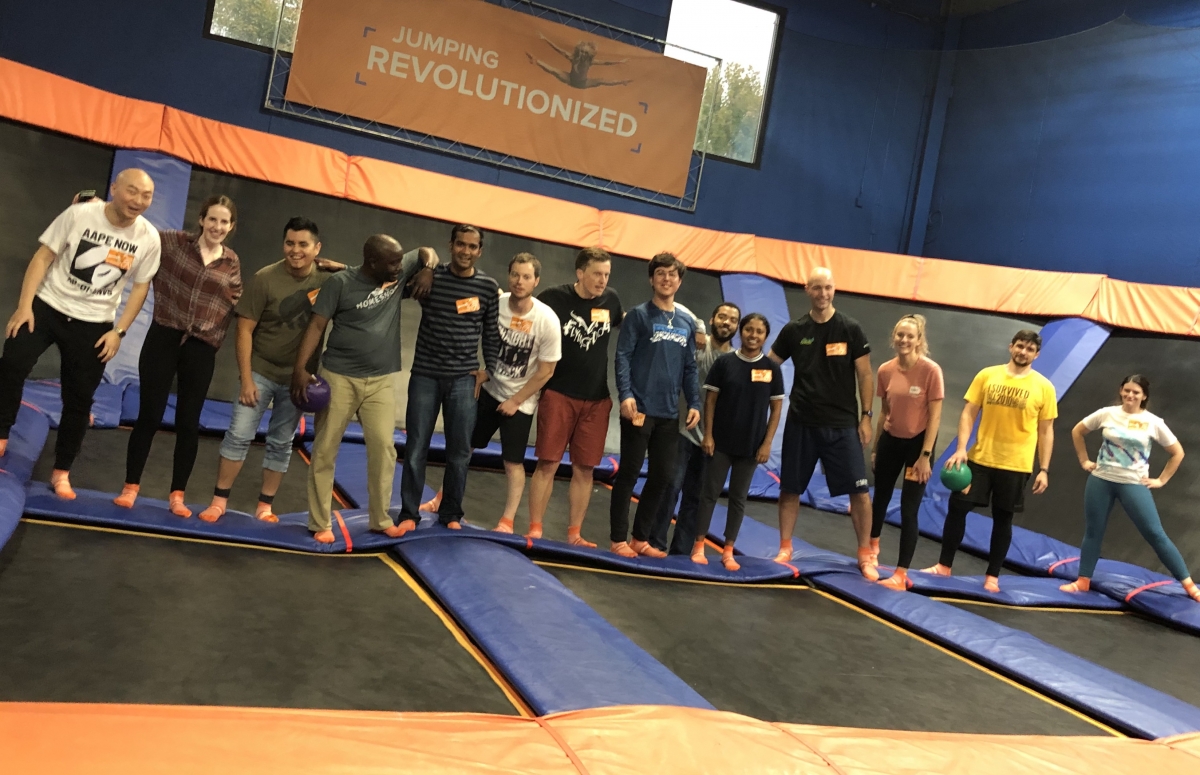 "Revolutionizing jumping" at the 1st Group Reunion in 2019.

A Chemoproteomic Portrait of the Oncometabolite Fumarate