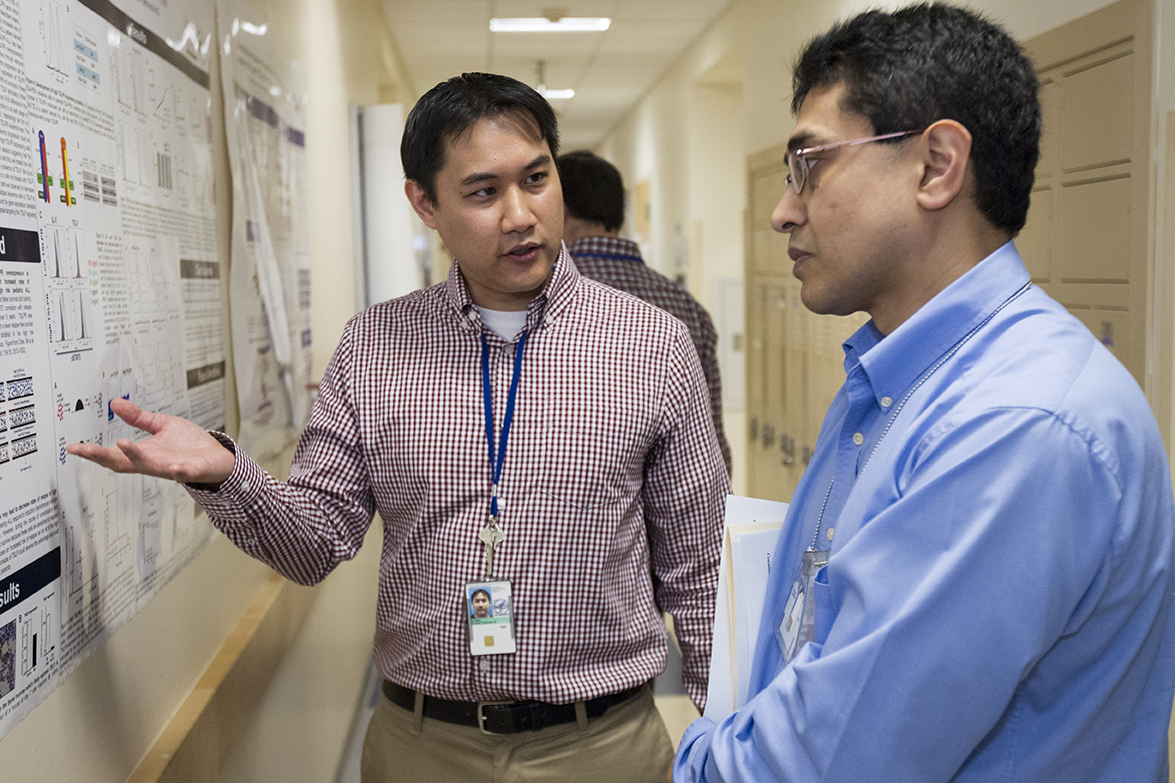 The POB provides a unique opportunity for graduate students interested in pursuing a research experience that exposes them to a translational research environment. This dynamic setting enables students/fellows to learn basic pathophysiology of pediatric solid tumors and leukemias as well as current clinical therapies and experimental clinical approaches for the treatment of children with cancer. The NIH campus provides access to investigators utilizing basic model systems, systems biology, the latest genomic interrogative systems as well as translational research environments which synergize to decipher the pathophysiology of human disease in order to improve the health of children.

While the NIH does not have formal degree-granting authority, it has partnered with a number of institutions in the greater metropolitan DC area as well as around the country (see NIH Graduate Partnerships Program) and increasingly around the world with the NIH Oxford-Cambridge Scholars Program or the NIH-Karolinska Program. Also a number of Medical Schools have programs that enable students earning their MD to stop the MD clock and study for a PhD.  Finally, Pediatric-Hematology Oncology Fellows during their Fellowship training can also study for their PhD. 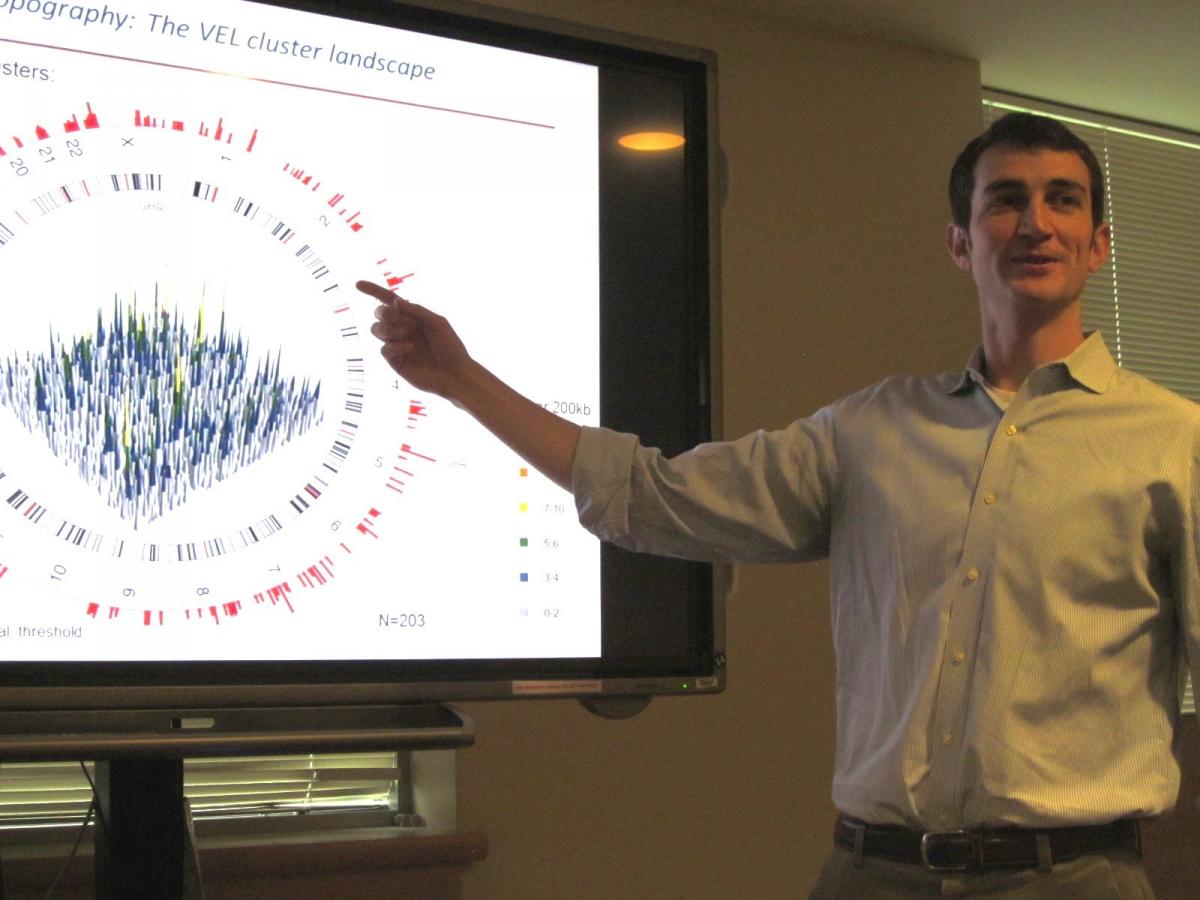 James Morrow completed his undergraduate training through the Schreyer Honors College at Pennsylvania State University where he was awarded numerous scholarships including the George H. and Lillian Millman Scholarship in Science.  He graduated in 2009 with highest honors as the top Biology student in his class and completed his undergraduate honors thesis studying the role of the ER transmembrane kinase, PERK, in bone development and disease.  James entered the MD program at Case Western Reserve University and continued his research, working on a project which identified novel druggable mutations in small cell lung cancer.  After his second year, James was accepted into the HHMI-NIH Research Scholars Program and spent a year at the NIH in the lab of Chand Khanna in the Pediatric Oncology Branch of NCI.  During this time, James found his research passion for studying the molecular underpinnings of tumor metastasis in hopes of developing novel anti-metastatic therapies for pediatric cancers. James decided to continue his work studying metastasis and matriculated into Case Western’s MD/PhD Medical Scientist Training Program. He joined the lab of Peter Scacheri at Case Western in the Department of Genetics & Genome Sciences and has since been working on a collaborative project investigating the role of gene enhancer dysregulation in tumor metastasis.  This project sees James splitting time between the Scacheri Lab at Case Western and the Khanna Lab in the POB.

When asked about why the NIH for his PhD studies, James replied “My decision to complete a project splitting time between my home institution of Case Western Reserve University and the Pediatric Oncology Branch of NCI was an easy one.  Through this unique collaborative effort, I’m able to combine the strengths of two great labs at two top-notch institutions.  Namely, the epigenomic and bioinformatic expertise of the Scacheri Lab at Case Western and the strengths in modeling osteosarcoma metastasis and pre-clinical drug development in the Khanna Lab at NCI.  Administrators at both institutions have been nothing but supportive which has facilitated a close collaborative arrangement between these two groups as well as my physical travel between the two sites.  The result has been a somewhat unprecedented arrangement in which my time and efforts are purely driven by doing the best science possible.  This arrangement has offered a fertile environment for my growth as a scientist in many facets.  I’ve learned a broad range of approaches and techniques spanning the fields of genomics, informatics, molecular biology, in vivo cancer modeling, and drug development; I’ve had the unique opportunity to present my work to broad audiences at both institutions; and I’ve benefitted from a large network of mentors, peers, and collaborators.  I’ve found that the training environment for a graduate student at the NIH requires a great deal of motivation and initiative on the part of the student, but is equal parts supportive and rewarding of those efforts.  In short, this training program has provided me unparalleled opportunities to develop into an independent scientist while still providing necessary support at this critical stage of my training.”

“Since starting this program two and a half years ago, I’ve learned a great deal about what it takes to be successful as a student and a scientist.  Most of these lessons were learned by example from the incredible group of investigators, post-docs, staff scientists, and other graduate students that I’ve been fortunate to get to know.  Perhaps the most important lesson that I’ve learned is that it takes a great deal of effort to move a project forward, but that the science is always better and more rewarding when it’s done as a team.” 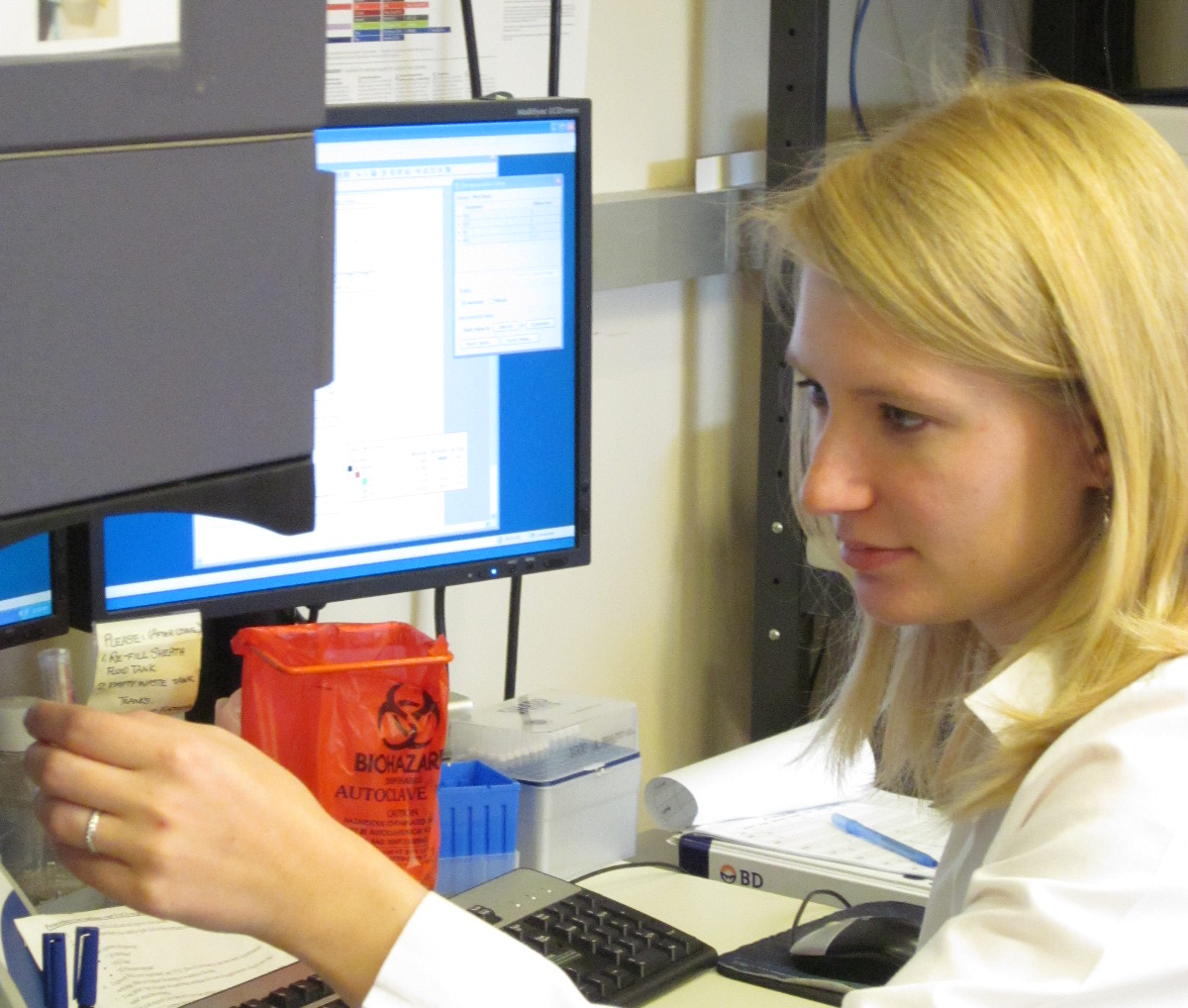 Adrienne entered Northwestern University in 2005 as a member of the Honors Program in Medical Education (HPME), a combined BS/MD program.  During her undergraduate training, Adrienne studied biomedical engineering with an emphasis in biomaterials and biotechnology.  It was through these studies that she first became interested in biomedical research.  In 2008, Adrienne graduated summa cum laude and matriculated into Northwestern’s Feinberg School of Medicine. While in medical school, she decided to take time away from the traditional curriculum to pursue a year of research training at the NIH, through the NIH-Howard Hughes Medical Institute (HHMI) Research Scholars Program. Adrienne joined the Immunology Section with Dr. Crystal Mackall to study how genetically engineered T cells can be used for the treatment of cancer.  Excited by the research she was conducting, Adrienne applied to and was accepted into Northwestern’s MD/PhD Medical Scientist Training Program (MSTP) and arranged an Individual Partnership between Northwestern and the NIH through NIH’s Graduate Partnerships Program (GPP).  This has allowed her to continue conducting her dissertation research while staying at the NIH.   While at the NIH, she has presented her work at numerous national meetings, including talks at the American Association for Cancer Research (AACR) and the American Society of Hematology (ASH) annual meetings.  She also received an AACR Women in Cancer Research Scholar Award in 2014.

One of the most important lessons that she has learned during her time at the NIH is the value of learning about topics outside of your specific field.  “It is easy to only read papers directly related to your project, but that can limit you into approaching problems just as they have always been approached.  Learning about other topics allows you to bring a fresh perspective and new techniques to tackle a problem.”