Dr. Jeremy L. Davis is a surgical oncologist whose research focuses on sporadic and inherited forms of stomach cancer, specifically those caused by germline mutations in the CDH1 gene, and the molecular underpinnings of gastric cancer development and metastasis.  Dr. Davis is board certified in both Complex General Surgical Oncology and General Surgery.

A Focus on Stomach Cancers

Dr. Davis’ research focus is on sporadic and inherited forms of stomach cancer, specifically those caused by germline mutations in the CDH1 gene, and the molecular underpinnings of gastric cancer development and metastasis. He is the principal investigator of four active stomach cancer studies being conducted at NIH Clinical Center. He leads the NIH Foregut Team, a multidisciplinary team of experts dedicated to the clinical care and research of patients with diseases of the upper gastrointestinal tract.

Mutation of the tumor suppressor gene CDH1 is a frequent cause of the hereditary diffuse gastric cancer (HDGC) syndrome, which is associated with gastric adenocarcinoma, lobular breast cancer, and cleft lip/palate. Loss of CDH1 gene expression in the stomach, and resultant signet ring cell formation, is considered the initial step in stomach cancer formation in patients with HDGC. Although this is a critical step in HDGC development it must be followed by other crucial changes in gastric epithelial cells, which here-to-for have not been identified.

Furthermore, gastric adenocarcinoma with diffuse-type histology and signet ring cells is increasing in incidence and disproportionately affects young and female patients. Early peritoneal (i.e. abdominal cavity) cancer spread is a unique and enigmatic feature of this cancer type. Identification of the initial genetic changes in the cells which line the stomach and lead to invasive gastric cancer may reveal markers useful for early detection and targeted therapy in both hereditary and non-hereditary forms of gastric cancer.

Our hypothesis is loss of CDH1 gene expression alone is insufficient for development of HDGC, and that additional gain or loss of other critical cancer-related genes is required for signet ring cell growth and gastric cancer progression. Disruption of the elements needed for cells to connect to (cell adhesion), communicate with (cell-cell signaling), and move about (motility) each other have all been linked to the development of gastric cancer. Our research goal is to identify the changes in stomach cells that lead to gastric cancer so that we may: (1) better select patients with CDH1 mutation for risk-reducing total gastrectomy; (2) identify targets for treatment of patients diffuse-type gastric cancer. These research discoveries may also help identify preventative treatments to reduce the risk of cancer development in patients with HDGC and therefore eliminate the need for total gastrectomy.

Dr. Davis completed his surgery training at Indiana University and an additional three years of cancer research at the NCI. He received advanced training in surgical oncology at Memorial Sloan Kettering Cancer Center and is board certified in both Complex General Surgical Oncology and General Surgery.

He currently serves as Surgeon-in-Chief of the NIH Clinical Center, “America’s Research Hospital.” He is also Program Director for the NCI Surgical Oncology Research Fellowship, a renowned training experience for surgery residents pursuing careers as surgeon-scientists. 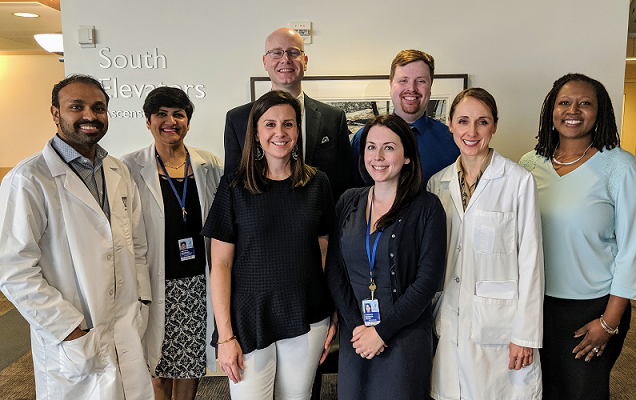 One man's choice: Life without a stomach, or dying from stomach cancer?