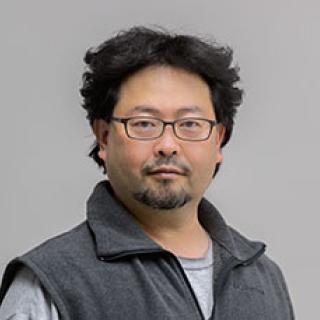 Ephs/ephrins are receptors and ligands respectively that aid axonal guidance molecules in neuronal cells and play a major role in tissue separation (specifically boundary formation) of developing somites, intestines, and blood vessels. Eph receptors represent the largest family of receptor tyrosine kinases with 16 members that subsequently bind 8 ephrin ligands in vertebrates. Of the ligands, 5 are GPI-membrane-linked A-type ligands that bind A-type receptors and 3 are transmembrane B-type ligands that bind B-type with little exception. Interaction between a Eph receptor tyrosine kinase residing on one cell with its membrane-bound ligand (ephrins) on another cell results in bi-directional signaling, causing both molecules to transmit intracellular signals upon cell-cell contact. These signals are relayed through downstream scaffold proteins, kinases and transcription factors, which in turn promote changes in the cytoskeleton or downstream gene expression. The intracellular domains of the ephrinB ligands have no enzymatic activity, but achieve their function through the recruitment of downstream molecules, such as Dvl2, Grb4, Stat3, Par6 and Par3, affecting tight junction, transcription and cell polarity. The Daar laboratory seeks to further elucidate ephrinB binding partners and the downstream effects of ephrinB signal transduction in the Xenopus laevis model. Dr. Hwang has found how ephrinB1 itself is regulated by E3 ubiquitin ligase, Smurf1/2; gave critical aid to find out how ephrinB2 is protected/cleaved by Flotillin/Adam10; and helped figure out how the interaction of ephrinB1 and CNK1 promotes cell migration. In addition to the major laboratory projects, he has been pursuing a small project. Although there are hundreds of papers describing the function of Eph/ephrinB signaling, the scientific community lacks reliable live imaging tools for these proteins. There are a number of technical issues that may thwart such efforts, including the existence of glycosilation, multiple protein cleavage sites, and complex processing of these proteins, which may confound the interpretation of the fluorescent signal in terms of actual peptide identity or membrane-topological location. In addition, modifications of the protein may disrupt the appropriate scaffolding activity or the mechanism of bi-direction signaling. Dr. Hwang and intern students have been attempting to devise live imaging tools of ephrinB1 and ephrinB2 to visualize the proteins in vivo. 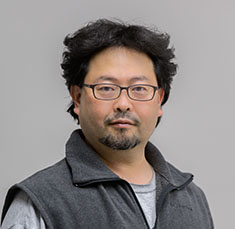 Dr. Hwang obtained his Ph.D. from Kyungpook National University’s School of Medicine in Taegu, South Korea. There, he studied the BMP downstream transcription factor, PV.1 (also known as Xvent-1), in terms of its effect on counterpart, dorsalizing transcription factors, such as goosecoid. In 2006, Dr. Hwang became a postdoctoral fellow in the laboratory of Dr. Thomas D. Sargent at NICHD, NIH and began studying Myosin-X, an unconventional non-muscle myosin motor protein. In this study he discovered that MyoX is required for the integrity of the migratory machinery of cranial neural crest cells. In 2010, he moved to Dr. Ira Daar’s laboratory at the Center for Cancer Research, NCI, NIH to investigate Eph/ephrin signaling, where he became staff scientist in 2013.