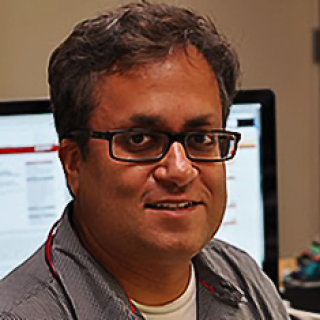 Dr. KewalRamani has made significant advances in illuminating the role of host factors in HIV infection and the biology of HIV in animal models. Under his direction, the Model Development Section (MDS) examines virus-host interactions at molecular, cellular, and animal levels to better understand HIV immunopathogenesis and the development of antiviral resistance. Current projects in the MDS include (1) understanding how HIV-1 exploits cell biological mechanisms to further virus replication, (2) identification of innate intracellular mechanisms that counteract HIV-1 replication, and (3) the development of improved nonhuman primate models to study HIV-1 pathogenesis and persistence.

Examination of Virus-Host Interactions at Molecular, Cellular, and Animal Levels to Better Understand HIV Immunopathogenesis and the Development of Antiviral Resistance

Visiting scientists, graduate students, or postdoctoral candidates interested in the possibility of performing research studies in the MDS should contact Dr. Vineet KewalRamani (vineet@mail.nih.gov) for information about employment opportunities.

A single gp120 residue can affect HIV-1 tropism in macaques 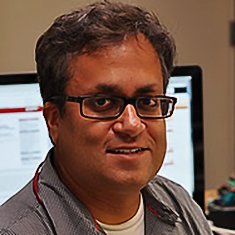 Dr. Vineet N. KewalRamani first developed an interest in retroviruses as an undergraduate in the University of Wisconsin at Madison. After choosing to pursue molecular biology as a career, he enrolled in the graduate program at the University of Washington in Seattle where he studied HIV molecular replication at the Fred Hutchinson Cancer Research Center. Upon completing his Ph.D. training in 1996, he received a fellowship from the Damon Runyon Cancer Research Foundation and a postdoctoral position from New York University where he examined HIV infection within an immunological context. While working in NYU, he joined in an effort to develop a mouse model for HIV replication using transgenic technologies. These studies provided the foundation for his group's current work at the National Cancer Institute. Today, his team investigates the role of host factors in HIV infection and the biology of HIV in animal models. HIV and other retroviruses hack the host organism's genetic program to propagate their code. They also rapidly evolve in the face of selective pressure. By illuminating how retroviruses co-opt host functions while evading antiviral drugs or immune responses, his lab seeks to develop new strategies to impede the dynamic viral program. Dr. KewalRamani was the 2011 and 2012 chair of the National Institutes of Health (NIH) Earl Stadtman Virology Search Committee and a co-organizer of the Cold Spring Harbor Laboratory 37th annual meeting on Retroviruses held in May of 2012. He is a past chair of the NIH Norman Salzman Virology Scientific Committee. He has served on the editorial boards of Journal of Virology, PLoS ONE, Retrovirology, and Virology. He was tenured by the NIH in 2010. 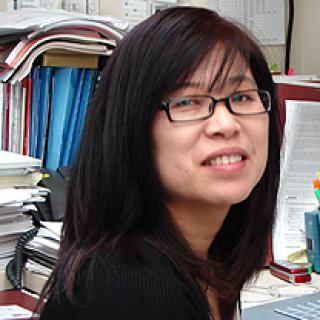