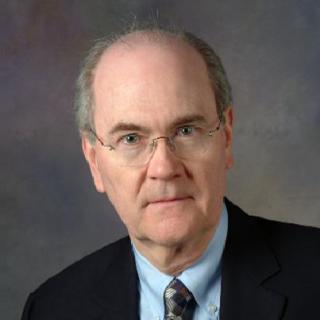 Dr. Marquez's main research interests centered on nucleoside chemistry and synthetic organic chemistry as tools for the rational design of antitumor and antiviral agents. One of the principal goals of his research was understanding the geometry of bioequivalent pharmacophores-present in diacylglycerol (DAG) and in the more potent phorbol esters that appeared to be responsible for binding to the regulatory C1 domains of protein kinase C (PKC) and other target proteins. These domains, which act as a molecular hydrophobic switch, represent regulatory modules in several families of proteins involved in signal transduction, including the PKC, chimaerin, and RasGRP families.  His laboratory also described the first synthesis of a conformationally locked bicyclo[3.1.0]hexane nucleoside.

One of the principal goals of this research was understanding the geometry of bioequivalent pharmacophores-present in diacylglycerol (DAG) and in the more potent phorbol esters that appeared to be responsible for binding to the regulatory C1 domains of protein kinase C (PKC) and other target proteins. These domains, which act as a molecular hydrophobic switch, represent regulatory modules in several families of proteins involved in signal transduction, including the PKC, chimaerin, and RasGRP families. Many of the features that characterize the interaction between ligands and PKC can be understood at the level of the isolated C1 domain. A receptor-guided approach, which used as its basis the x-ray structure of the C1b domain of PKC-delta in complex with phorbol-13-O-acetate, helped us identify the 'recognition domain' for DAG, which consisted of a similar network of hydrogen bonds as those utilized by phorbol. The application of this model to DAGs and to the more potent DAG-lactones that were designed later suggested that both classes of compounds could bind to the C1 domain in two distinct orientations, so-called sn-1 and sn-2 orientations. Since in each of these orientations the hydrophobic groups or 'affinity domains' of the ligand are directed into rather different directions, the interactions of these groups with a cluster of conserved hydrophobic amino acids located on the top half of the C1 domain were incorporated into the model. The optimization of binding to this hydrophobic cluster produced ligands that displayed low nanomolar binding affinities for PKC and related C1 domain-containing protein targets. The first subnanomolar binding ligand for beta-2 chimaerin, which surpasses even the phorbol esters in binding potency, was developed. Furthermore, some of these novel ligands showed potent antitumor activities in the NCI 60-cell line in vitro screen. A combination of small library approaches and molecular dynamics simulations contributed to our understanding of the nature of these important hydrophobic interactions.

Nucleosides and nucleotides are inherently flexible molecules. Hence, one of the main obstacles in interpreting structure-activity correlations has been this high level of flexibility. In 1993, our laboratory described the first synthesis of a conformationally locked bicyclo[3.1.0]hexane nucleoside. Although other types of locked nucleosides had been devised by others, only the bicyclo[3.1.0]hexane pseudosugar could successfully mimic both antipodal North and South conformations typical of conventional nucleosides. Significant differences in the biological activity of locked nucleoside antipodes, which depend on the precise interaction of these rigid molecules with specific target enzymes, had been clearly demonstrated. The principal theme in this area was the study of 'shape' in the recognition of individual nucleosides and nucleotides by specific enzymes (e.g., adenosine deaminase, reverse transcriptase, HSV-1 thymidine kinase, etc.). This concept was then extended to the study of DNA segments incorporating locked nucleotide units. It is well known that the binding of proteins to DNA elicits a unique conformational response of the double helix, which is tied to the function of the associated protein. Studies with cytosine (C5)-methyltransferase, an important enzyme in the control of gene expression, revealed important differences between target abasic sites locked in both antipodal conformations. Furthermore, the incorporation of conformationally locked nucleotides into DNA is a powerful tool to reinforce or disrupt typical B- or A-DNA forms associated with South and North conformations, respectively.

Synthesis, biological, and biophysical studies of DAG-indololactones designed as selective activators of RasGRP

A new synthesis of sultams from amino alcohols 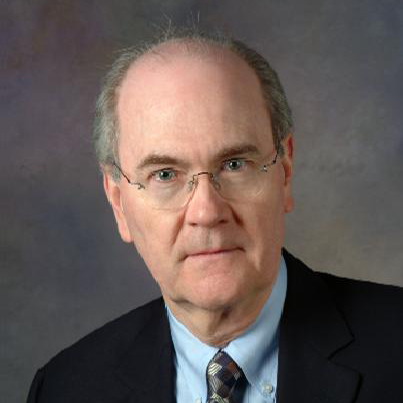 Dr. Marquez received his Ph.D. in Medicinal Chemistry from the University of Michigan in 1970. After one year of postdoctoral training at the NCI, he worked in private industry for five years in Venezuela. He rejoined the NCI in 1977 as a Visiting Scientist, was awarded tenure as a Principal Investigator in 1987 after becoming a naturalized citizen, and then promoted to Lab Chief in 2001. His main research interests were nucleoside chemistry and synthetic organic chemistry as tools for the rational design of antitumor and antiviral agents. Dr. Marquez has authored or coauthored almost 400 publications and received 29 U.S. patents.

Dr. Marquez retired as Lab Chief in 2009 and is now an NIH Scientist Emeritus. 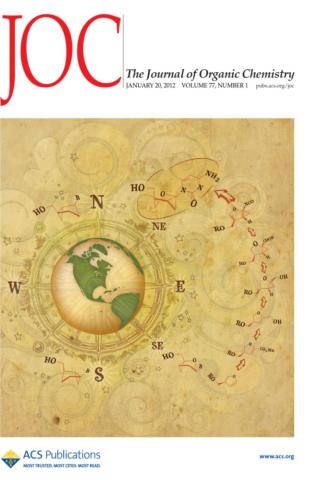 Beginning with a known 3-oxabicyclo[3.1.0]-hexane scaffold, the relocation of the fused cyclopropane ring bond and the shifting of the oxygen atom to an alternative location engendered a new 2-oxabicyclo[3.1.0]hexane template that mimics more closely the tetrahydrofuran ring of conventional nucleosides. The synthesis of this new class of locked nucleosides involved a novel approach that required the isocyanate with a hydroxyl-protected scaffold as a pivotal intermediate that was obtained in 11 steps from a known dihydrofuran precursor.

See: Synthesis of Conformationally North-Locked Pyrimidine Nucleosides Built on an Oxabicyclo[3.1.0]hexane Scaffold by Olaf R. Ludek and Victor E. Marquez in the Journal of Organic Chemistry, 2012, 77(1), 815-824.

The inside cover picture shows how siRNAs modified with North bicyclo[3.1.0]hexane 2'-deoxy-pseudosugars are able to activate the RNA interference machinery. The paper confirms that the North conformation is critical for RNAi activity. 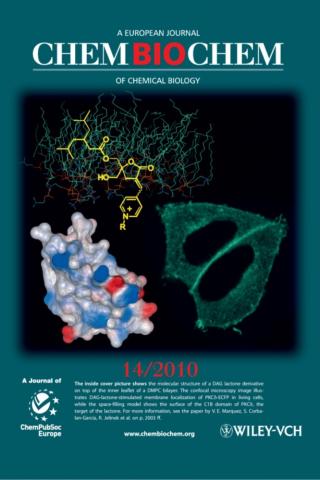 The inside cover picture shows the molecular structure of a DAG lactone derivative on top of the inner leaflet of a DMPC bilayer. The confocal microscopy image illustrates DAG-lactone-stimulated membrane localization of PKCδ-ECFP in living cells, while the space-filling model shows the surface of the C1B domain of PKCδ, the target of the lactone.

North- and South-Bicyclo[3.1.0]Hexene Nucleosides: The Effect of Ring Planarity on Anti-HIV Activity

The picture shows the locked north (blue) and south (red) bicyclo[3.1.0]hexane nucleosides in the normal pseudorotational cycle, and the corresponding shift to a smaller cycle (nmax=7°) caused by the insertion of a double bond. The former nucleosides are inactive, while the flattening of the embedded cyclopentene ring provides active compounds against HOS cells infected with HIV.

Interaction of the β-L-enantiomer of a 4'-C-ethynyl-2',3'-dideoxynucleoside analogue (ent-14-TP) at the active site of HIV reverse transcriptase.

Caught in the act: visualization of an intermediate in the DNA base-flipping pathway induced by HhaI methyltransferase

HHAI methyltransferase (blue ribbon) bound to oligonucleotide (strands with bonds colored yellow and green) containing a pseudorotationally constrained sugar analogue at the target position (orange bonds with cyan atoms). The south-constrained pseudosugar is rotated about its flanking phosphodiester bonds, 90° from its initial position in B-form DNA, but short of a completely flipped position with 180° rotation. Thus, it is trapped in the middle of the flipping pathway via the major groove side. This structure provides clues to DNA-protein interactions in a potential transition state.