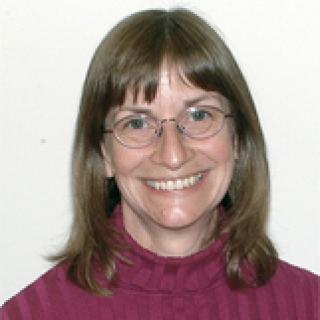 Dr. Wickner's laboratory has contributed to the understanding of ATP-dependent protein machines essential for DNA replication, protein remodeling, and proteolysis. The current research goal of her group is to elucidate the mechanisms of action of energy-utilizing molecular chaperones in protein folding, protein activation and aggregate disassembly, and the role of chaperones in proteolysis. The ongoing work on Hsp90, Hsp70 and Clp/Hsp100 is providing the foundation to guide future research in the development of preventions and treatment for diseases involving misfolded, aggregated or inactive proteins, including cancer, Alzheimer’s, Parkinson’s, type II diabetes, cystic fibrosis and prion diseases.

Our current research focuses on elucidating the mechanisms that underlie protein remodeling carried out by molecular chaperones and the role of chaperones in ATP-dependent proteolysis. Molecular chaperones function in maintaining quality control of the proteome. They facilitate folding of newly synthesized polypeptides, remodel protein complexes, and target regulatory proteins and misfolded proteins for degradation. During cell stress, they play an essential role in preventing folding intermediates from becoming irreversibly damaged and forming protein aggregates. Remarkably, they have the ability to disaggregate insoluble aggregates and reactivate proteins following stress. Additionally they are capable of delivering damaged proteins to compartmentalized proteases. Protein aggregation, misfolding and premature degradation are major       contributors to a large number of human diseases, including cancer. The goal of our research is to understand how chaperones function and to provide the foundation for discovering preventions and treatments for diseases involving protein misfolding.

One of our current aims is to elucidate the mechanism of action of Hsp90. The Hsp90 family of heat shock proteins represents one of the most abundantly expressed and highly conserved families of molecular chaperones. Eukaryotic Hsp90 is known to control the stability and the activity of more than 200 client proteins, including receptors, protein kinases and transcription factors. Hsp90 is also important for the growth and survival of cancer cells and drugs targeting Hsp90 are currently in clinical trials. To gain insight into the mechanism of action of this important family of chaperones, we are studying both prokaryotic and eukaryotic Hsp90. Unlike protein reactivation by eukaryotic Hsp90, which requires the Hsp70 chaperone and about 20 Hsp90 cochaperones, E. coli Hsp90 is independent of Hsp90 cochaperones and thus provides a simpler system to explore the mechanism of Hsp90. We made an important discovery in the field recently by demonstrating that Hsp90 of E. coli has innate ATP-dependent chaperone activity in vitro and that it functions synergistically with Hsp70 of E. coli, DnaK. Moreover, our work has shown that a region of Hsp90 in the middle domain of the protein directly interacts with DnaK. We have recently observed that drugs that inhibit eukaryotic Hsp90, such as geldanamycin, inhibit protein reactivation by E. coli Hsp90 and we are using these drugs as tools to probe the mechanism of action of the chaperone and its interplay with the Hsp70/DnaK system. We are testing new drugs in in our assays to help elucidate the mode of inhibition. Since Hsp90 is involved in stress signaling, cell death and oncogenesis, understanding how it acts and how it can be inhibited is an important step towards understanding and treating cancer.

A second aim of our research is to elucidate the mechanism of protein disaggregation by Clp/Hsp100 molecular chaperones, including ClpB of bacteria and its yeast homolog, Hsp104. ClpB and Hsp104 are required for thermotolerance. They are not only able to prevent protein aggregation caused by heat stress, but are also capable of reactivating insoluble proteins aggregates, a process not long ago thought to be impossible. They act in conjunction with another ATP-dependent molecular chaperone, DnaK, in bacteria and Hsp70 in yeast. Our current studies focus on defining the role of Hsp70/DnaK in the process. Understanding the       mechanisms of action of Clp/Hsp100 chaperones will provide insight for future development of drugs for the prevention and treatment of diseases caused by protein aggregation and misfolding, including Alzheimer's, Parkinson's, type II diabetes, cystic fibrosis, and prion diseases.

***Graduate students that are interested in a postdoctoral fellowship are encouraged to send their CV directly to Sue Wickner.***

Functional and Physical Interaction Between Yeast Hsp90 and Hsp70 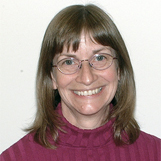 Dr. Sue Wickner earned her B.S. degree at American University, M.S. degree from Georgetown University and Ph.D. from Albert Einstein College of Medicine. After completing postdoctoral training at NIH with Dr. Martin Gellert, she joined the Laboratory of Molecular Biology in NCI. Dr. Wickner’s research has contributed to the understanding of ATP-dependent protein machines essential for DNA replication, protein remodeling, and proteolysis. Her current work focuses on elucidating the mechanisms of action of molecular chaperones, in particular, Hsp90, Hsp70 and Clp/Hsp100, and the role of chaperones in ATP-dependent proteolysis. She was elected to the National Academy of Sciences in 2004, the American Academy of Arts and Sciences in 2002, and elected a fellow of the American Association for the Advancement of Science in 2001 for her pioneering work on the biochemical mechanisms of multicomponent energy-dependent cellular machines.