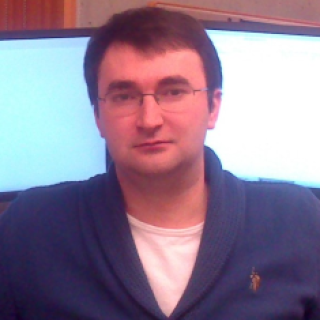 Salem Malikic has been trained in mathematics and computer science and his main research interests include combinatorial optimization, probabilistic modelling, cancer evolution and sequence data analysis. He has co-developed several methods for studying the subclonal composition and/or evolutionary history of tumors. His method CITUP, designed for inferring tumor phylogenies from one or multiple bulk sequencing samples of the same patient, has been used for data analysis in several well known cancer studies. Dr. Malikic was also the lead developer of B-SCITE and PhISCS, the first methods for inferring trees of tumor evolution by the joint use of single-cell and bulk DNA sequencing data. More recently, working together with collaborators from NCI, he took part in the projects introducing the method PhISCS-BnB and deep learning-based solutions for studying some of the key features of tumor progression. He also made several contributions in developing measures for comparing clonal trees of tumor evolution (MLTED, TPTED and co-clustering accuracy measure).

Between 2014 and 2020, Dr. Malikic participated in the Pan-Cancer Analysis of Whole Genomes Project where he employed the tool he co-developed, CTPsingle, for analysis of subclonal composition of 2,658 tumors. While at Canexia Health, he worked on development of machine learning methods for detecting somatic single-nucleotide variants from cell-free circulating tumor DNA. Dr. Malikic is currently interested in studying common patterns of tumor evolution in cohorts of patients and leveraging evolutionary information shared in a cohort for more accurate phylogeny reconstruction of individual patients. Another area of his research interest is design of computational methods for genotyping of highly polymorphic genes (e.g., CYP2D6) from next-generation DNA sequencing data.

PhISCS: a combinatorial approach for subperfect tumor phylogeny reconstruction via integrative use of single-cell and bulk sequencing data 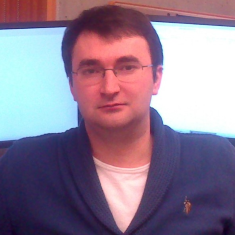 Dr. Malikic received his Ph.D. in Computing Science from Simon Fraser University, Vancouver, British Columbia, in 2019, as a Government of Canada Vanier Fellow. The primary focus of his Ph.D. research was design and analysis of computational methods for studying the history of tumor evolution from single-cell and bulk DNA sequencing data. During this time, he spent one semester with Niko Beerenwinkel's group at ETH, Zurich. Since 2014 he has been an active member of Working Group 11 in the Pan-Cancer Analysis of Whole Genomes Project.

Before joining NCI, Salem worked as a Computational Scientist at Canexia Health, a leading Canadian cancer genomics company, where he focused on developing highly sensitive mutation callers for detecting somatic mutations from cell-free circulating tumor DNA and their applications.